Iquitos and the Peruvian Amazon

Tim: We spent two days relaxing in the San Isidro District of Lima at the Radisson Hotel which we stayed at for free using some of our credit card points. It was nice to stay a few nights at a comfortable five star hotel. We were able to get plane tickets on LAN airlines for free as well from points we accumulated form another credit card. It was a short 1 ½ hour flight to Iquitos. Iquitos is said to be the largest city in the world not connected by road. With more than 500,000 people, Iquitos sits along the Amazon River in Northern Peru.
We arrived in Iquitos by 9 in the morning. There are few cars and trucks in Iquitos, mostly just 3 wheeled moto bikes. The moto bike ride to our hotel took 15 minutes. We booked a budget hotel near the Belen Mercado. Our hotel’s proximity to the market made for some awful smells at times because refuse collection was less than satisfactory.
The brother and law of the owner of our hotel offered to give us a tour of the Belen Mercado on our second morning. The tour was an experience. The market came from the edge of the river up to higher ground in the city. We saw all sorts of dead animals for sale including monkey, turtle, alligator, Guinea pig, lots of weird looking fish, plus random chicken parts, pork heads, etc..  Overall the area was a filthy slum, one of the dirtiest places we have ever visited. As a result of the filth there were hundreds of black vultures looking for meat scraps.  We were happy when the tour was over and promptly went back to our room and took a shower. 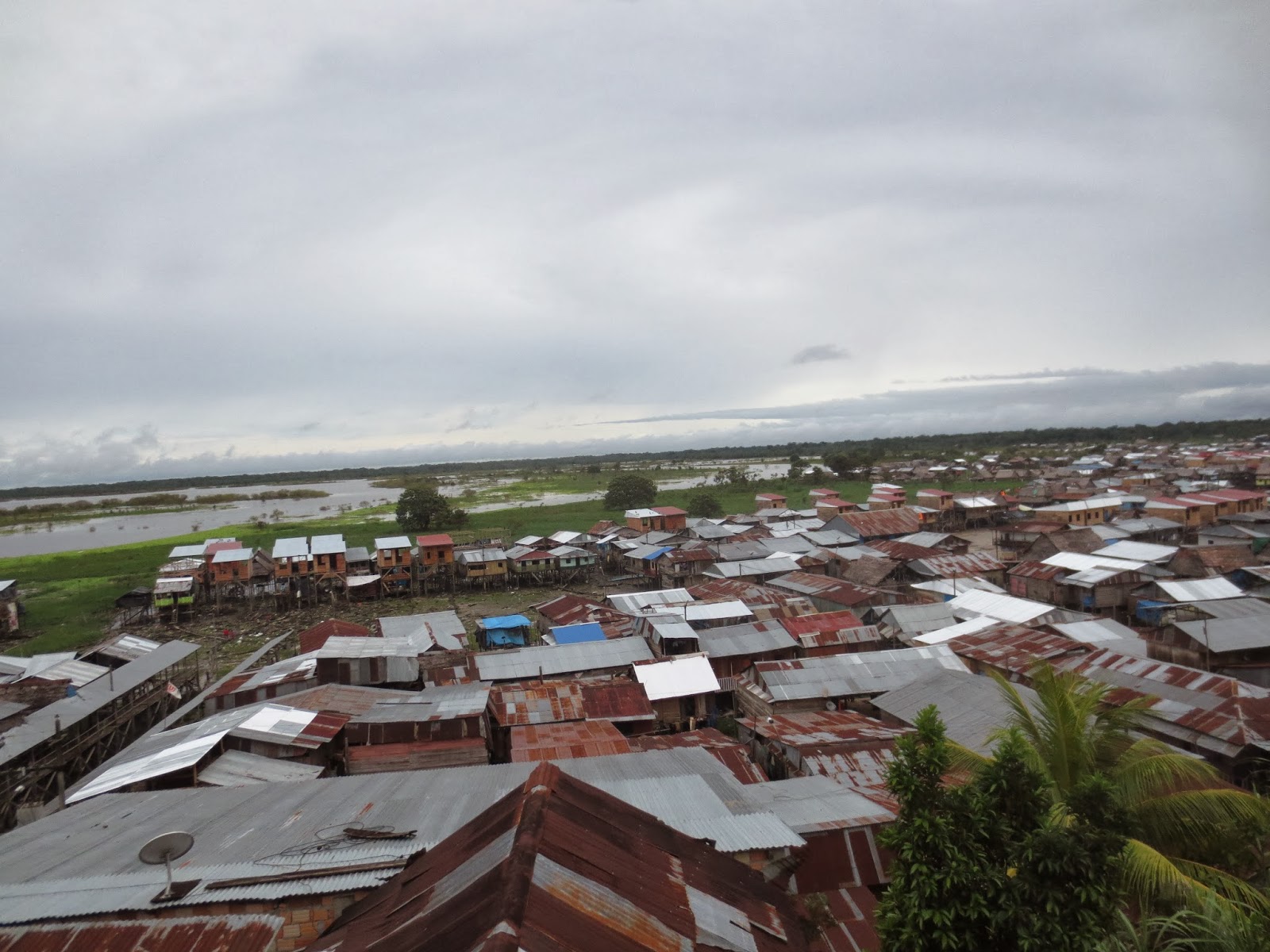 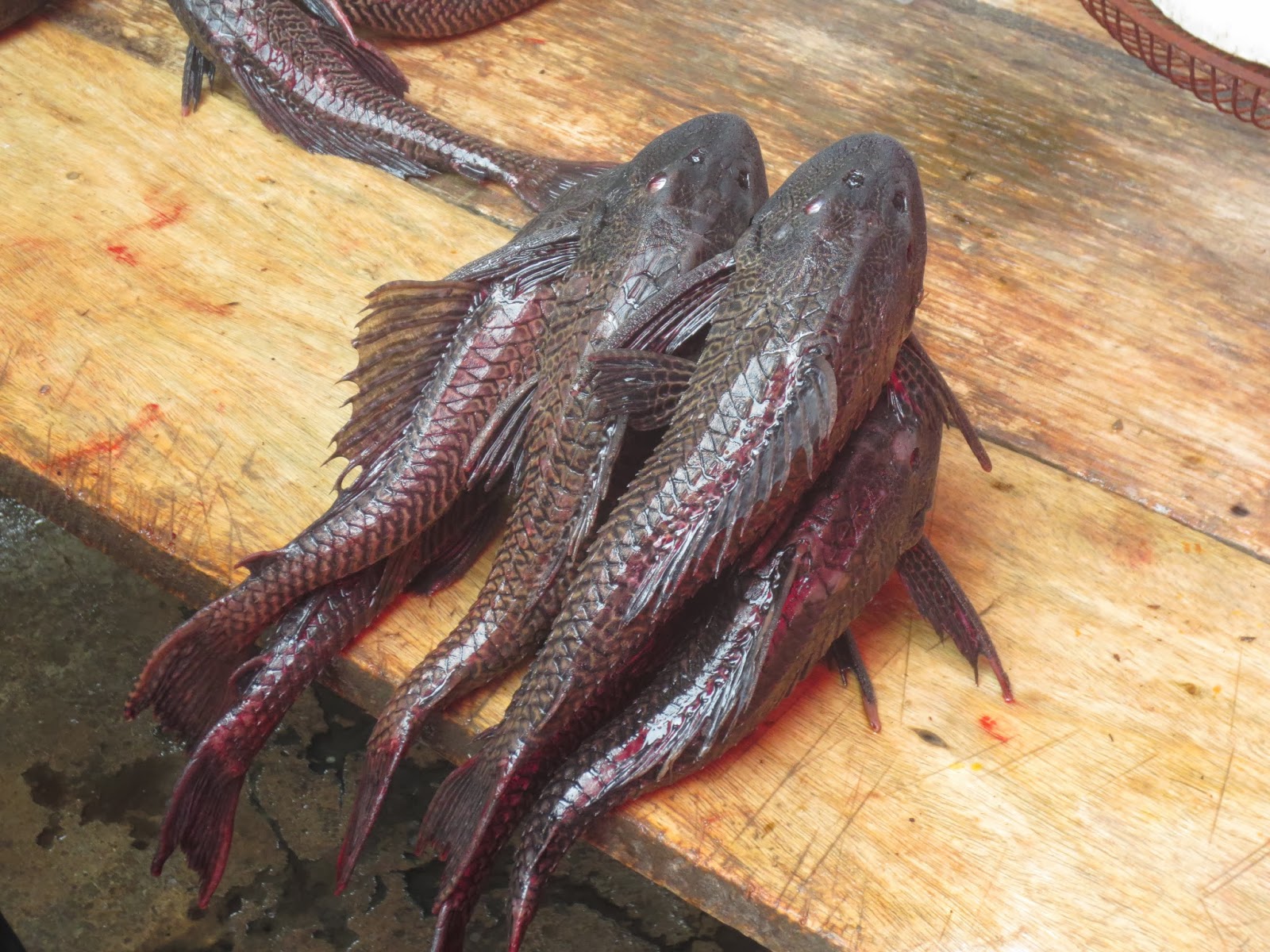 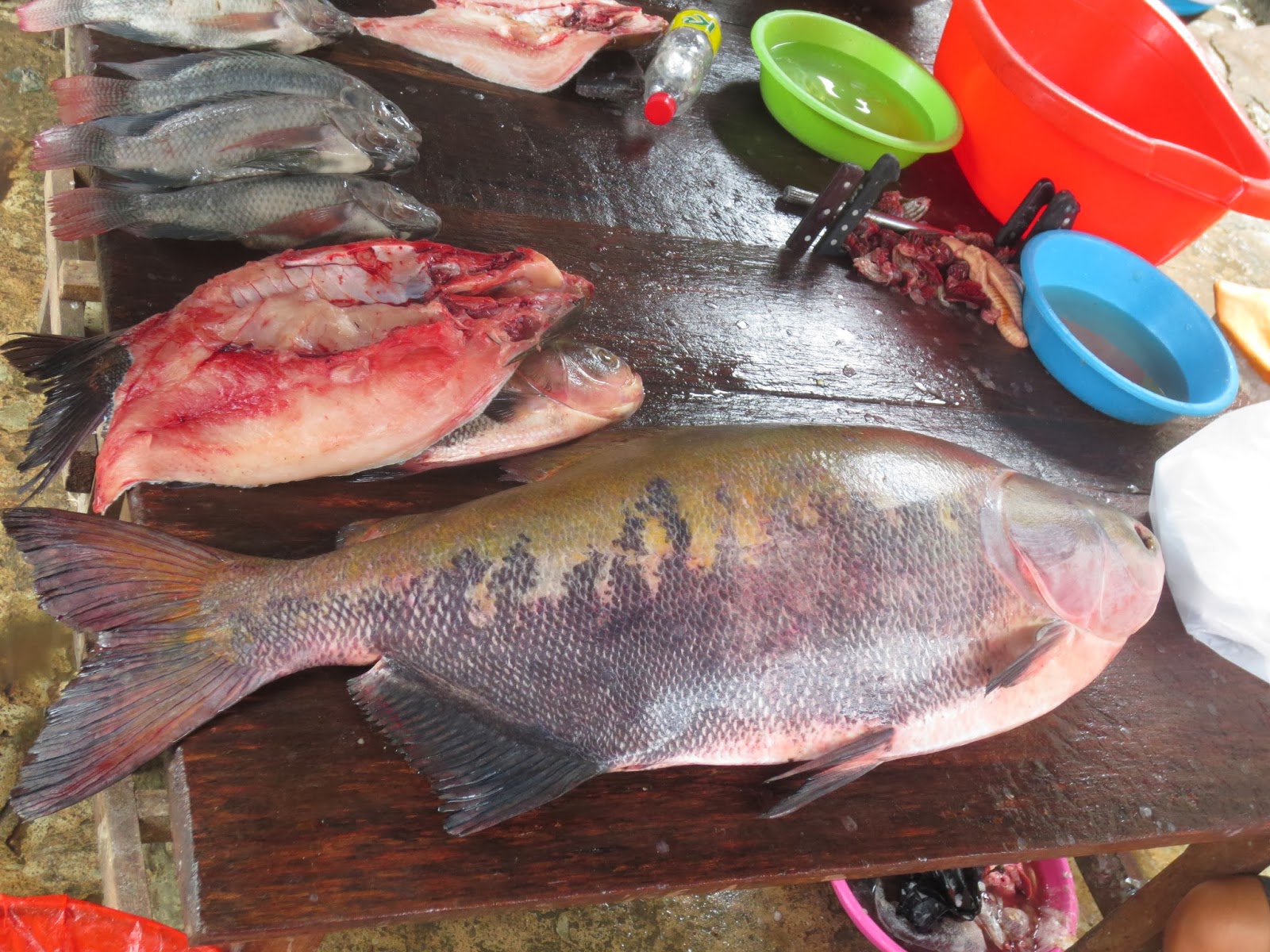 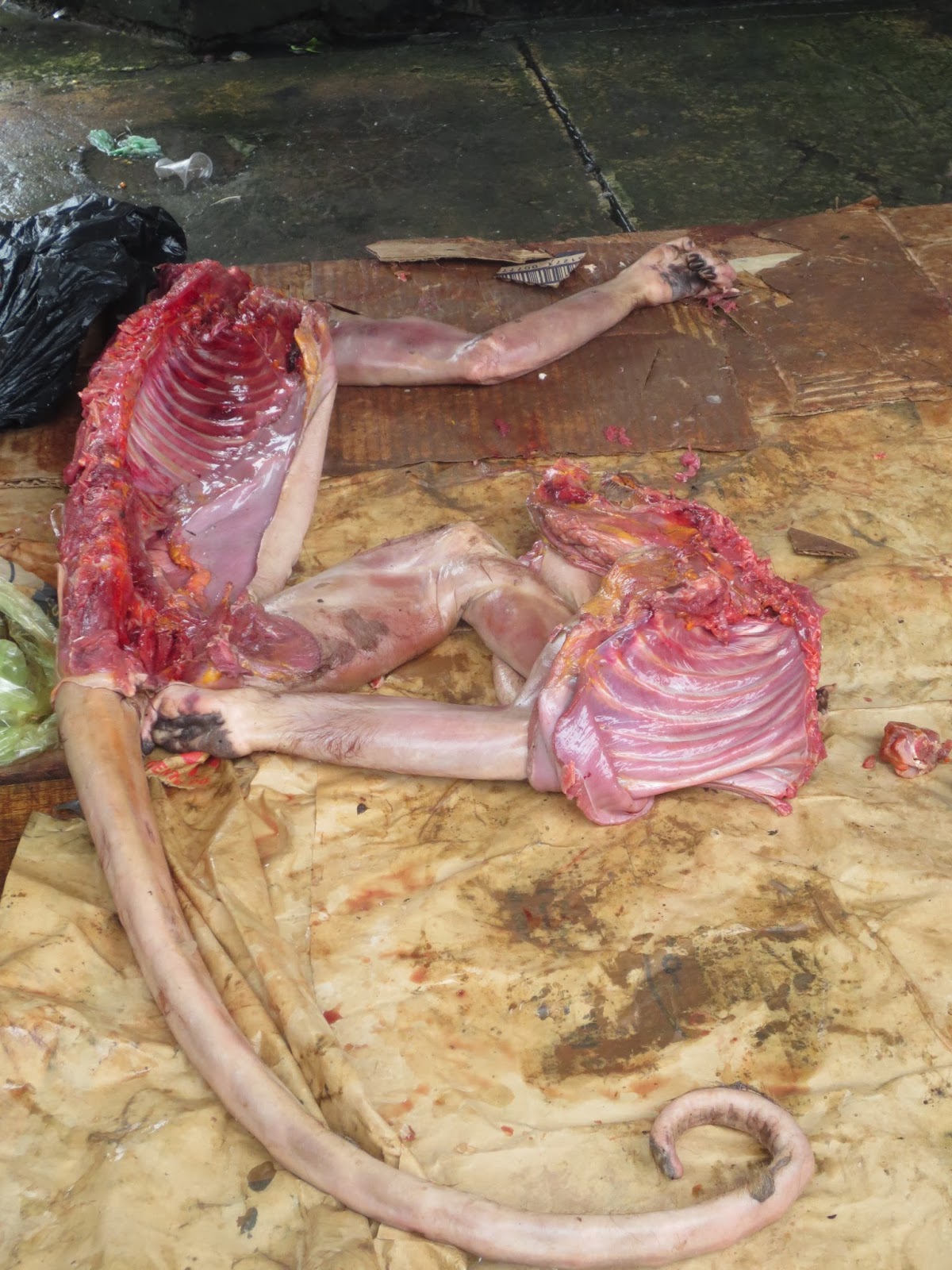 We had a total of eight days in Iquitos before our return flight to Lima. We arranged for a 5 night 6 day tour of the Amazon jungle with a local guide who was recommend to us by a British man that we met on the street. We were happy for the referral from another foreigner as we had heard of less than positive experiences by some travelers. 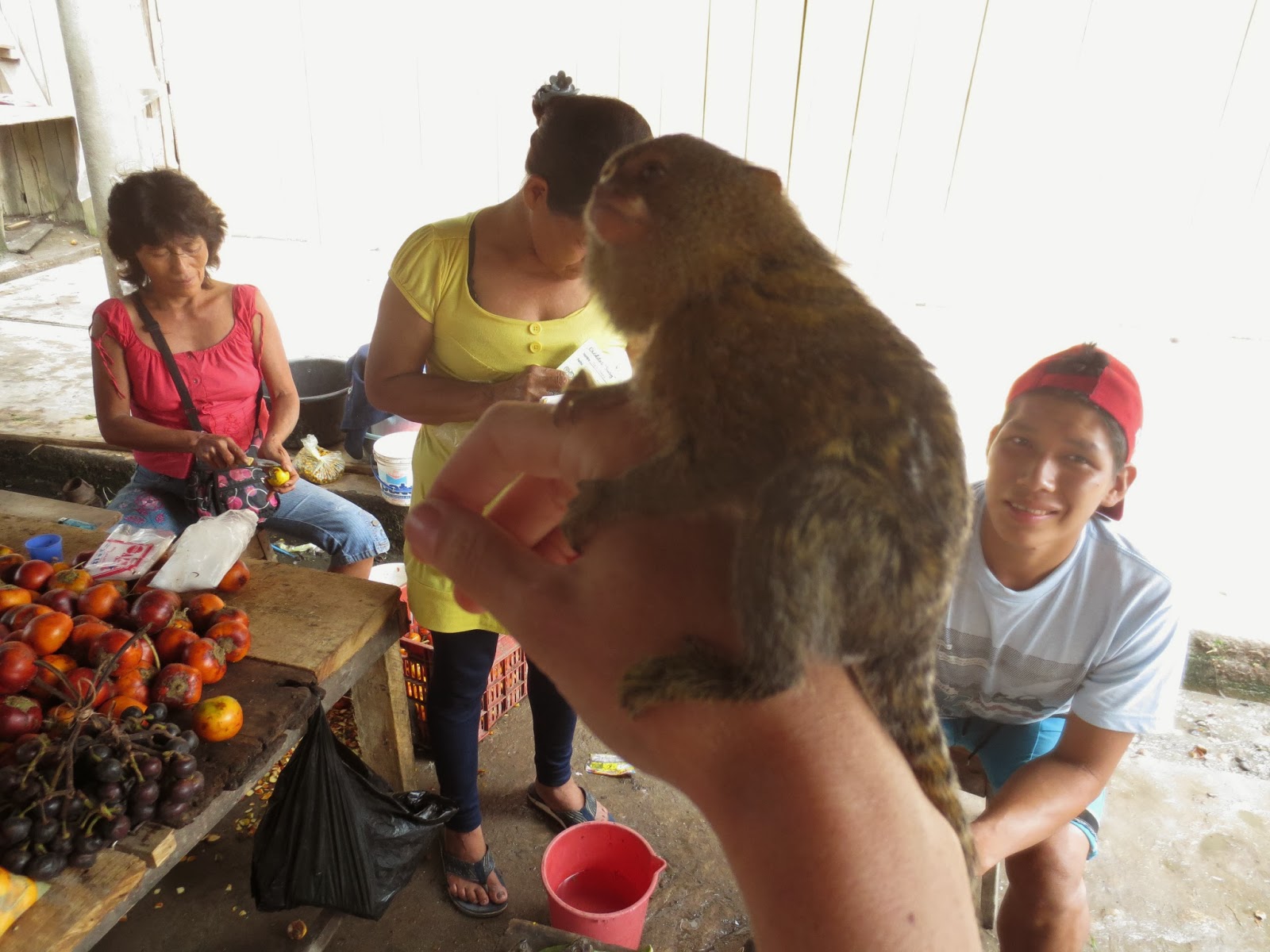 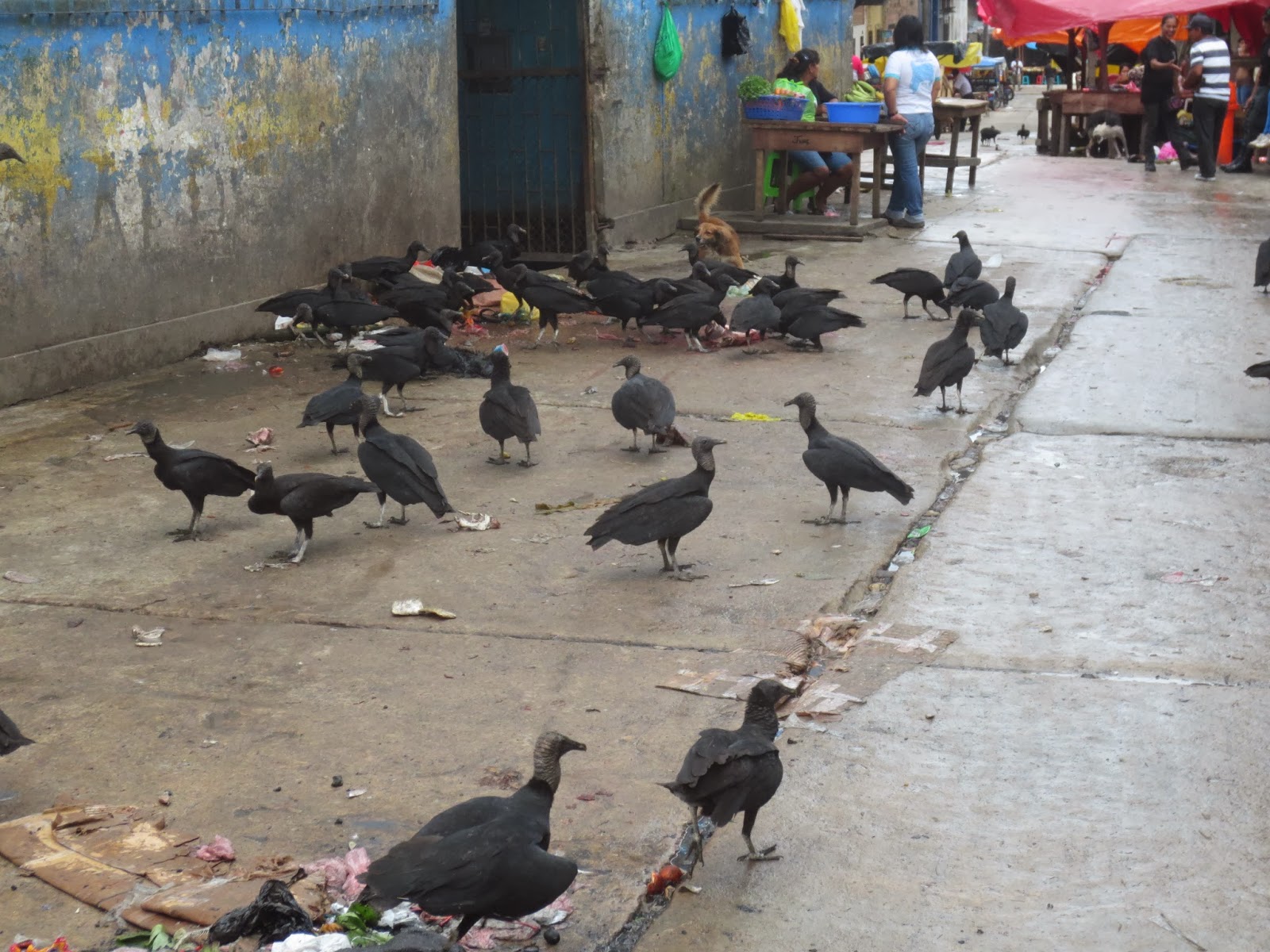 One of the more memorable parts of the Amazon trip was the Piranha fishing. Several times we just pulled over to an eddy or side stream to fish for Piranha. Our fishing poles consisted of 6 foot long sticks with about 6 foot of line. Our setup also included a 4 inch long wire leader to avoid your fishing line getting bitten off by the Piranhas. The stories about Piranha’s teeth are no joke. Even the small ones under 6 inches long have incredibly powerful jaws and razor sharp teeth. You have to be really careful when removing the hook from the Piranha’s  mouth to avoid getting a junk taken out of your finger.
One of the best Piranha fishing spots we found was right off of the bank of the river where we were camped for a night. In that one location I caught 4 Piranhas and Amber caught 3. In total I caught 7 Piranhas. We even ate them bony little fish for dinner. 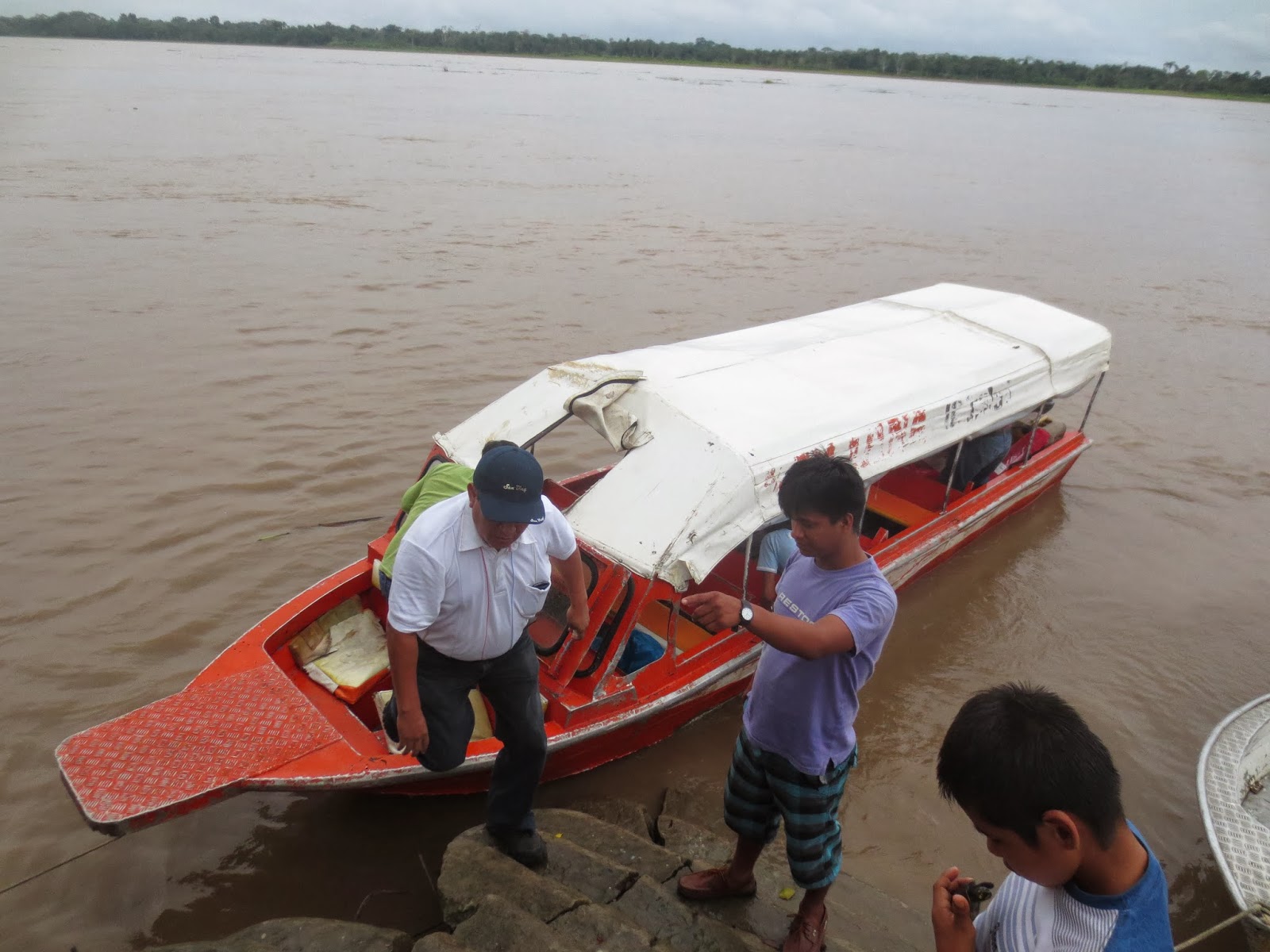 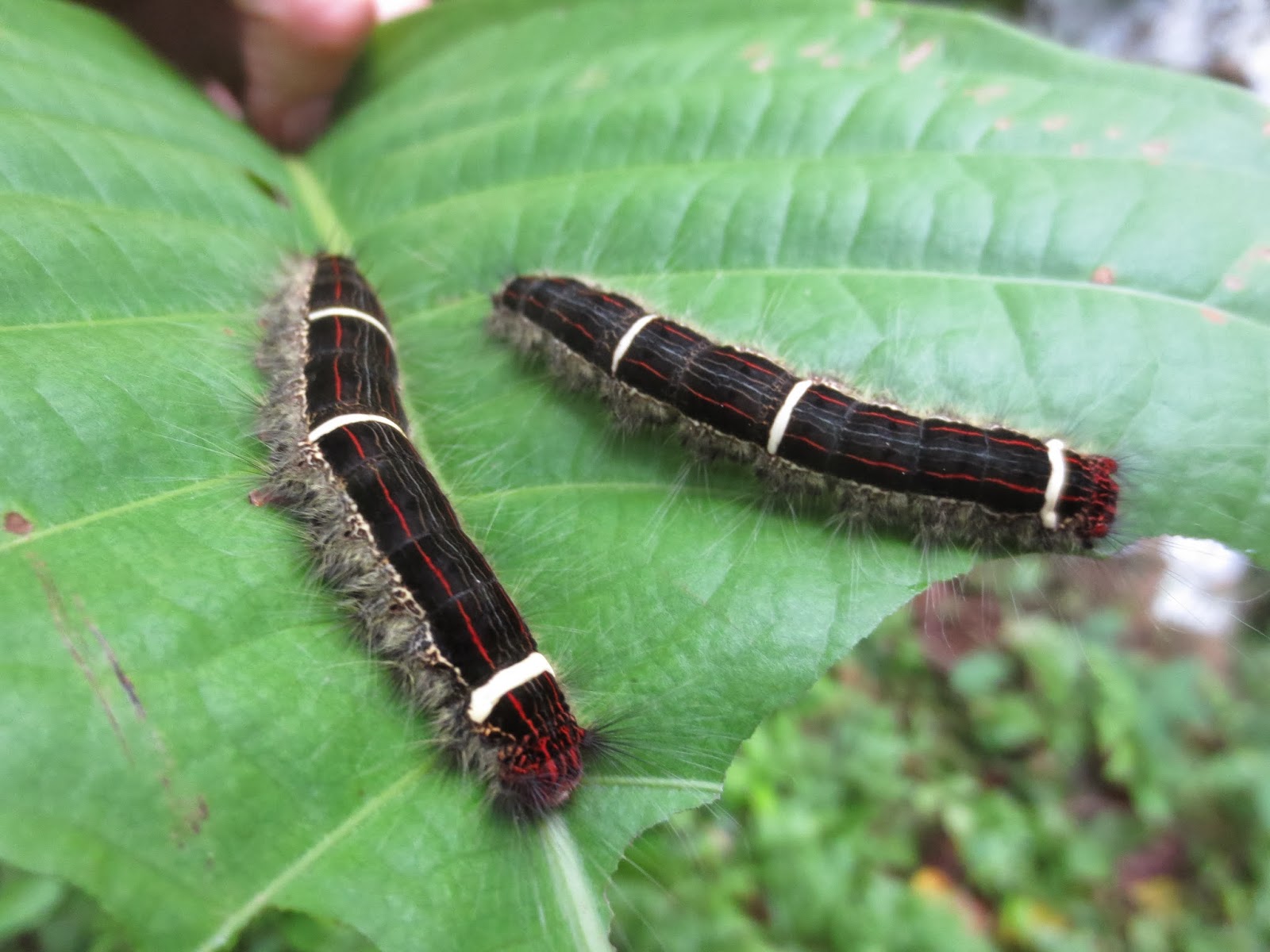 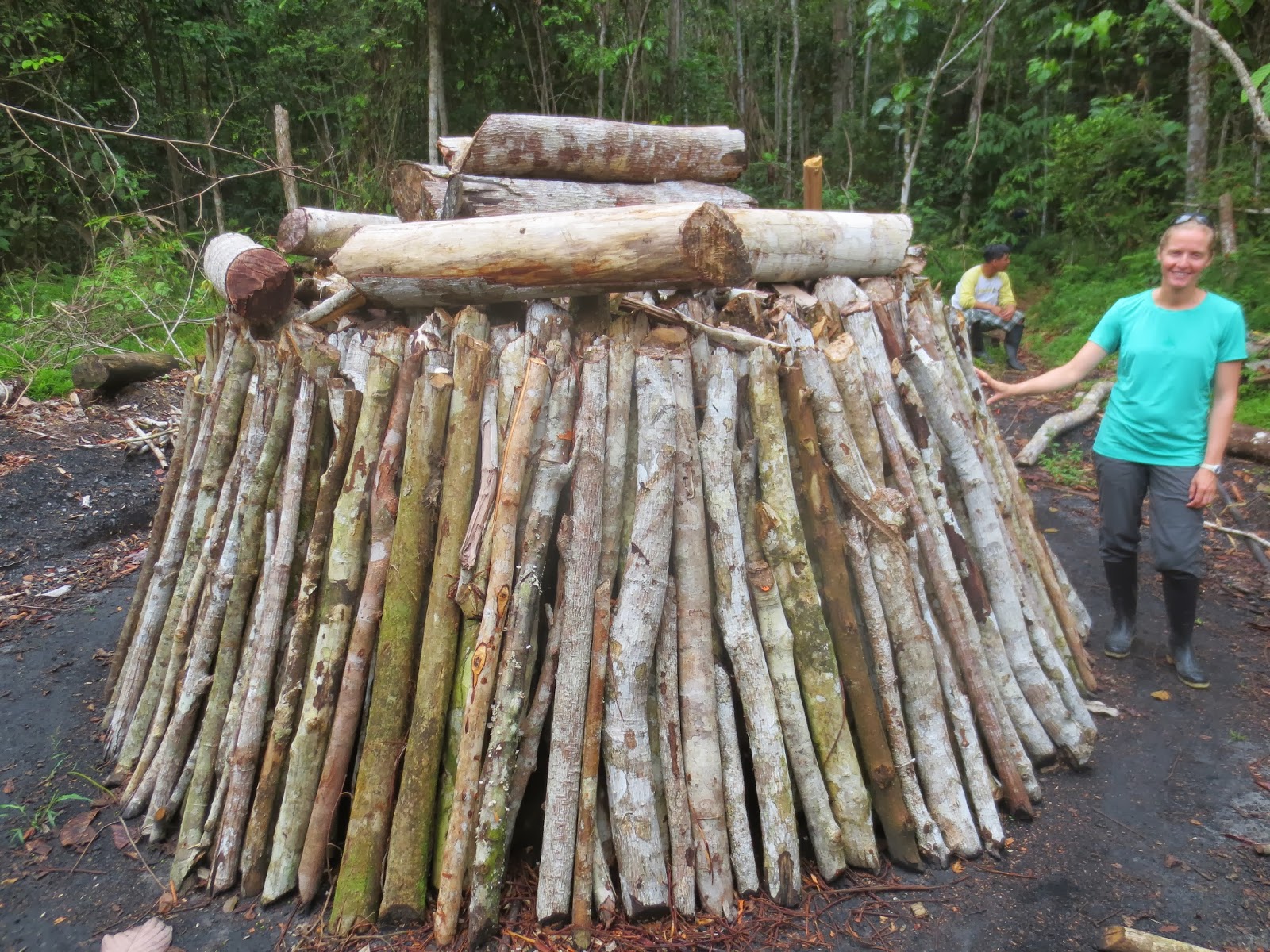 During our fourth day our second guide Ori spotted a Sloth on a tree. We pulled over on the side of the river and got out of our boat. The sloth was about 15 feet up the tree. It seemed to be asleep, and didn’t seem to notice us. Until…. Max climbed the tree with the machete and cut the branch down that also held the sloth. The branch and the sloth fell fortunately into soft tall grass. I don’t think the sloth was harmed too much. Max promptly went over and grabbed the sloth from behind under the arm pits. The sloth made some very quiet hissing noises which didn’t seem like much of a defense mechanism. Both Amber and I got to hold the sloth which was pretty cool. Apparently the locals will kill a sloth if they find it for food. Our guides said that they were actually helping the sloth by returning it to a tree further from the edge of the river and further from view. While we were holding the sloth, Ori went further into the woods to look for a better tree to put the sloth in. He returned minutes later with another sloth. The first sloth was a female, and the second sloth was a smaller male which was likely an offspring. After a few minutes, our guides put the sloths back into separate trees, but not before offering to keep one of the sloths in the boat with us until we were done looking at. We declined. 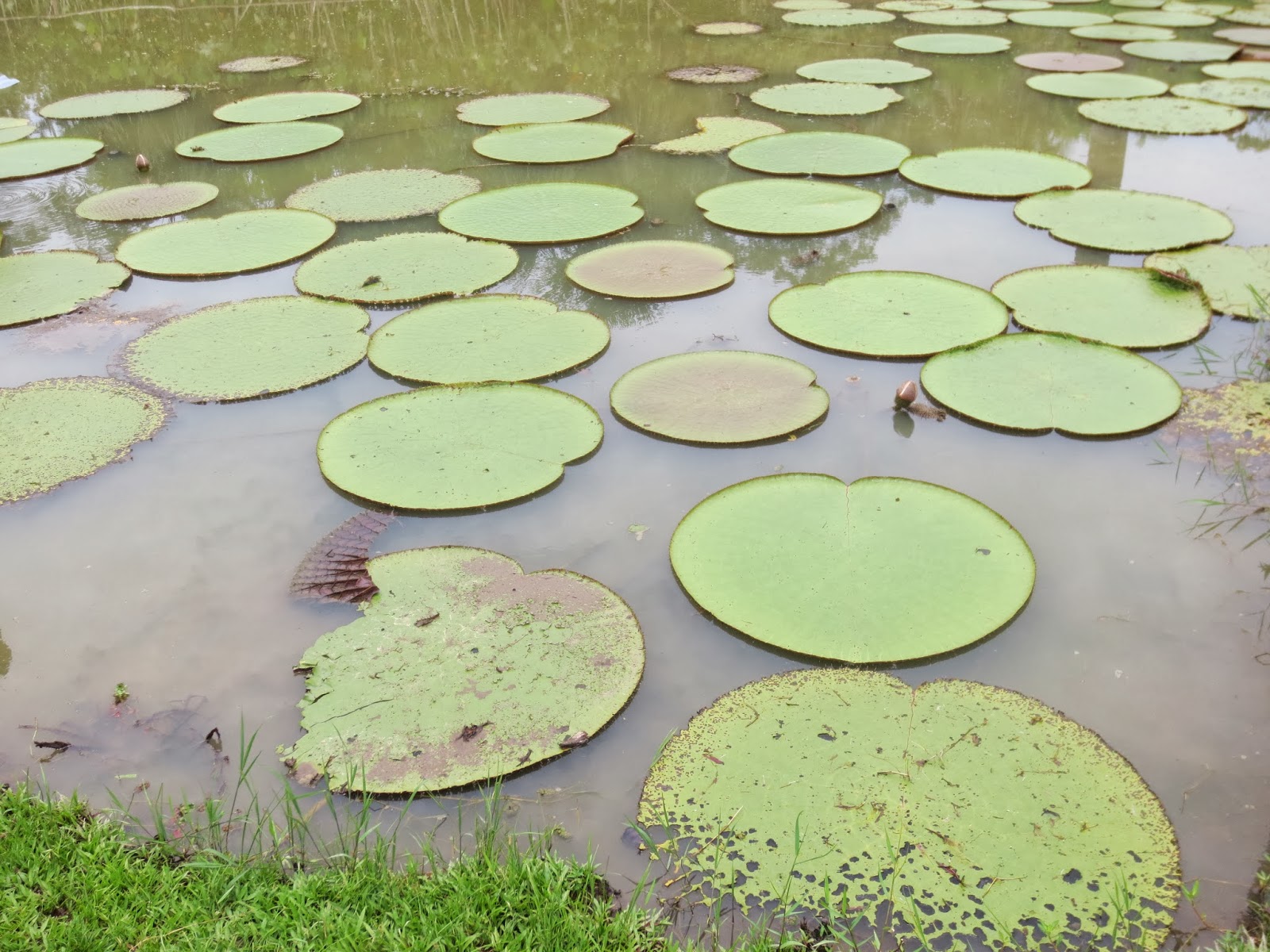 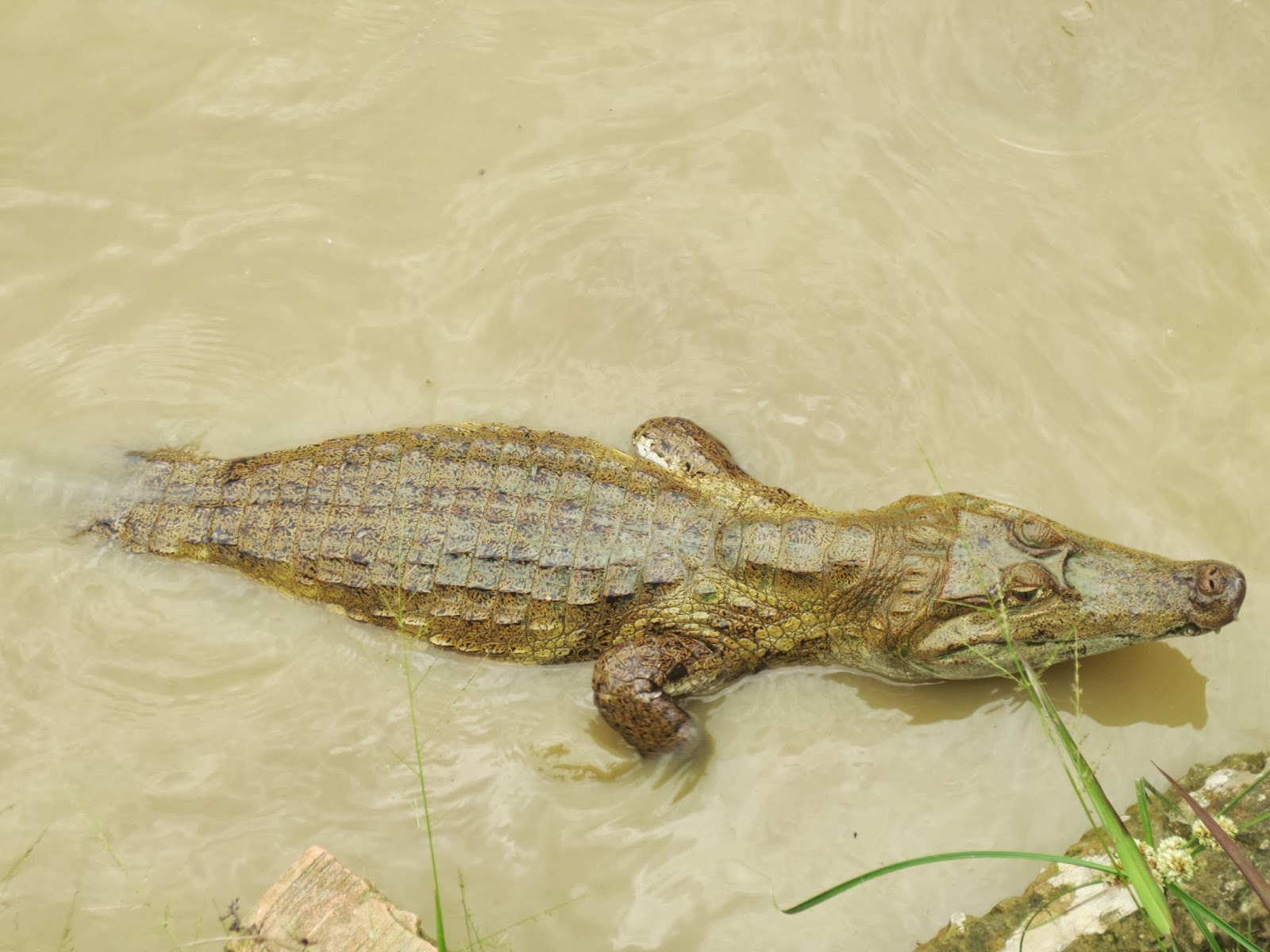 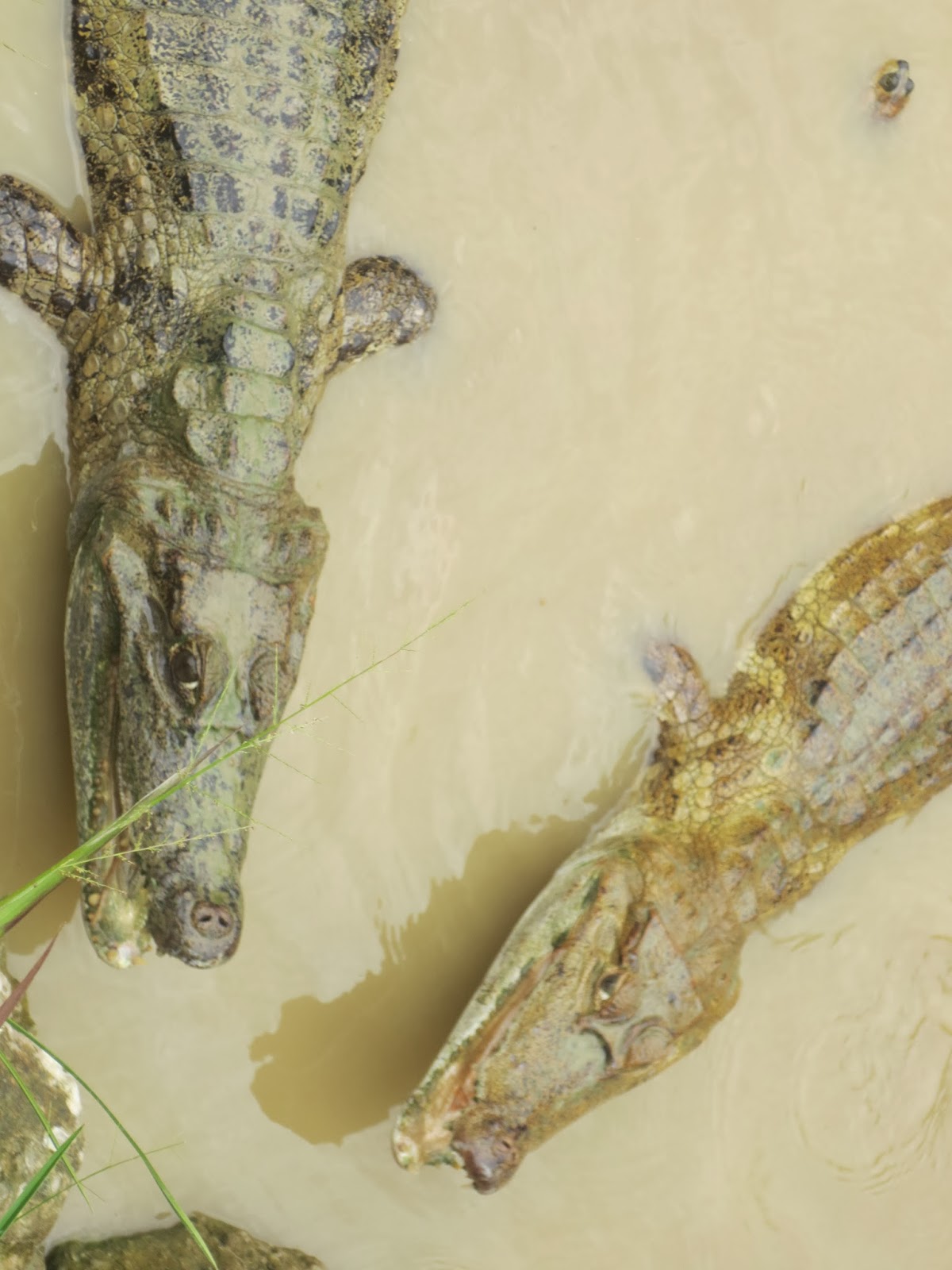 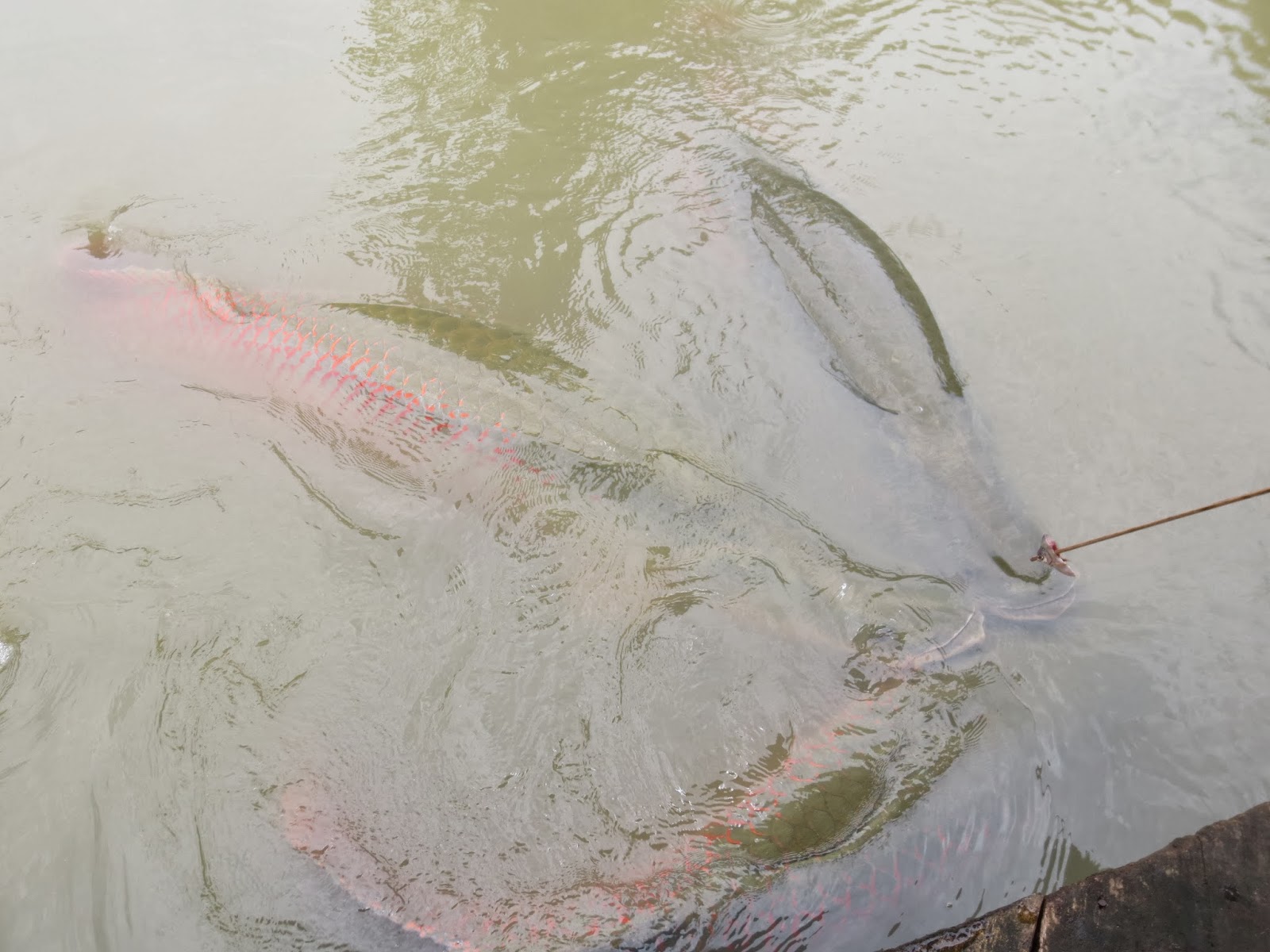 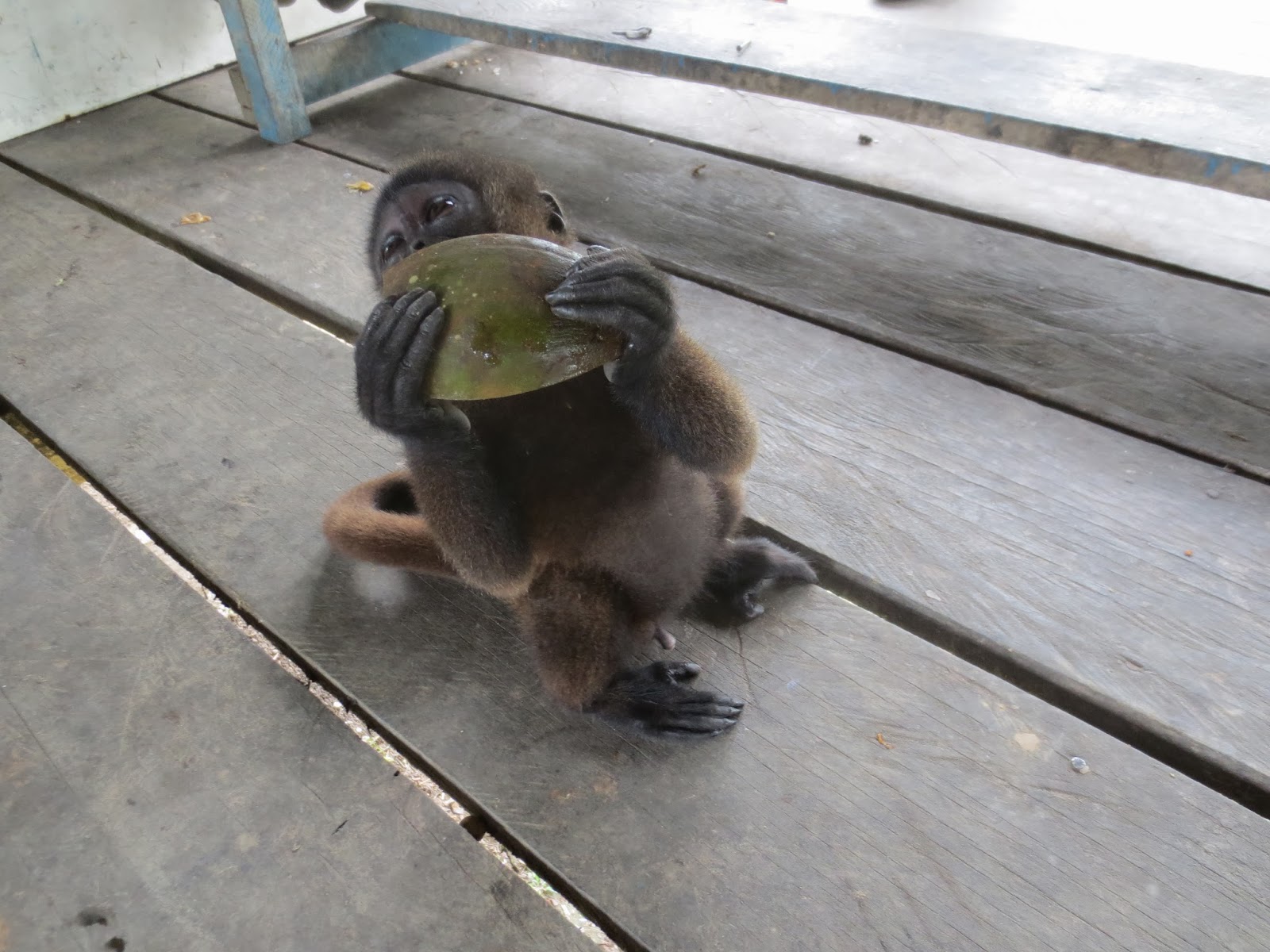 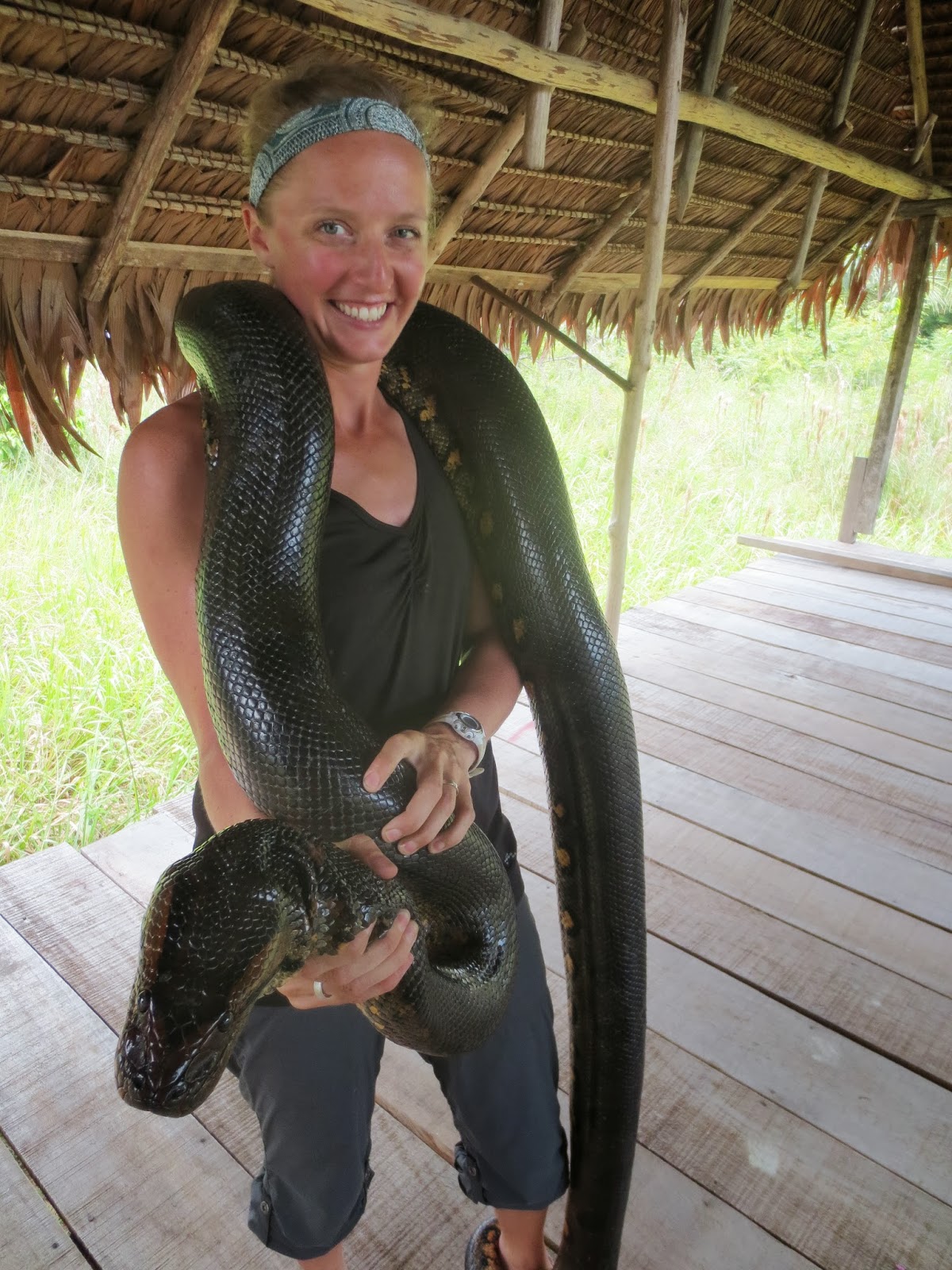 We were both surprised by the number of fresh water dolphins present in the Amazon river and smaller tributaries. During our trip we say more dolphins than I can remember to count. There are two varieties: a pink dolphin, and a grey dolphin. The pink dolphins are larger than the grey dolphins. On several occasions we were able to drift our boat down the river and watch as pods of dolphins swam in close proximity to us. 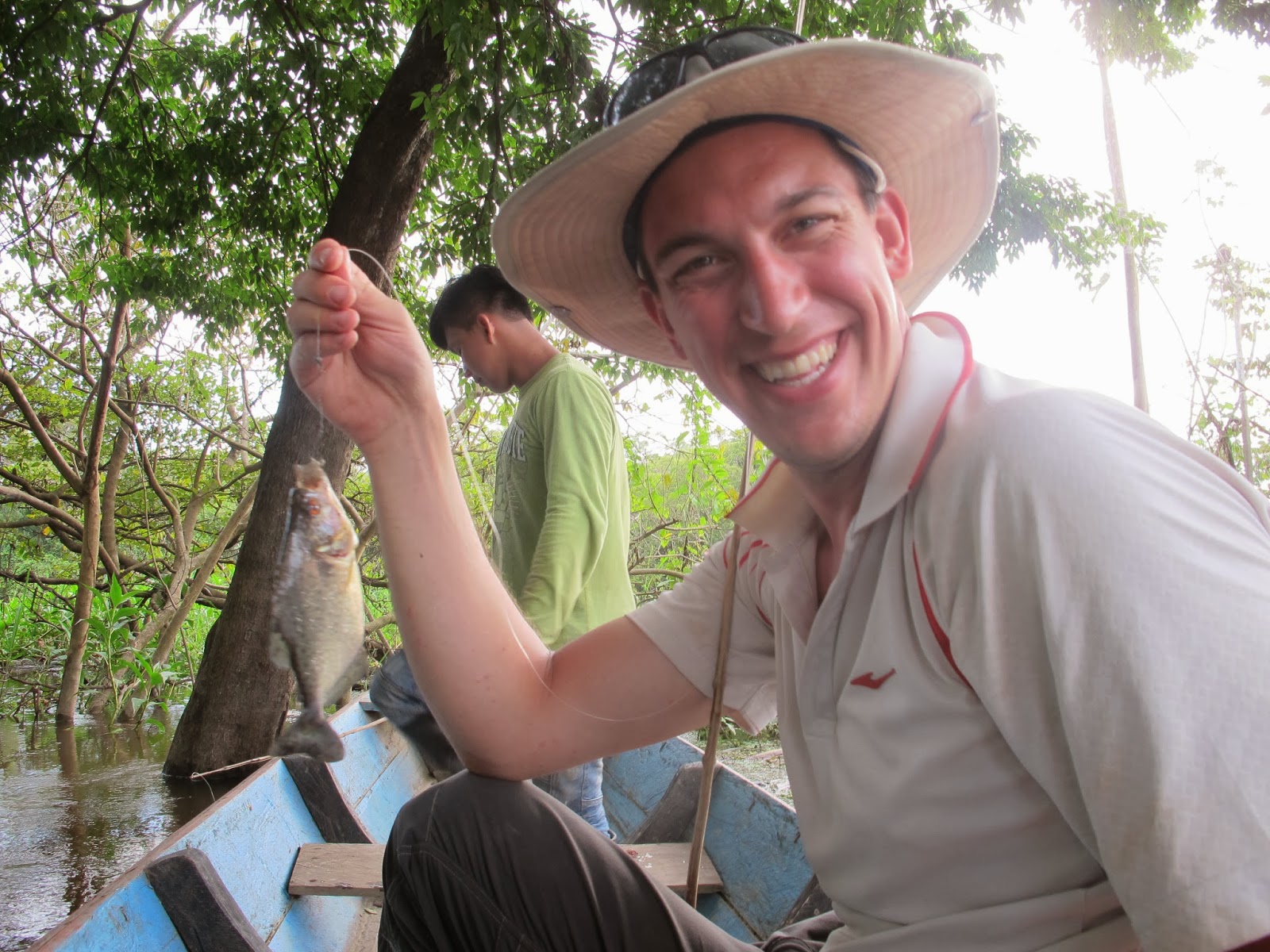 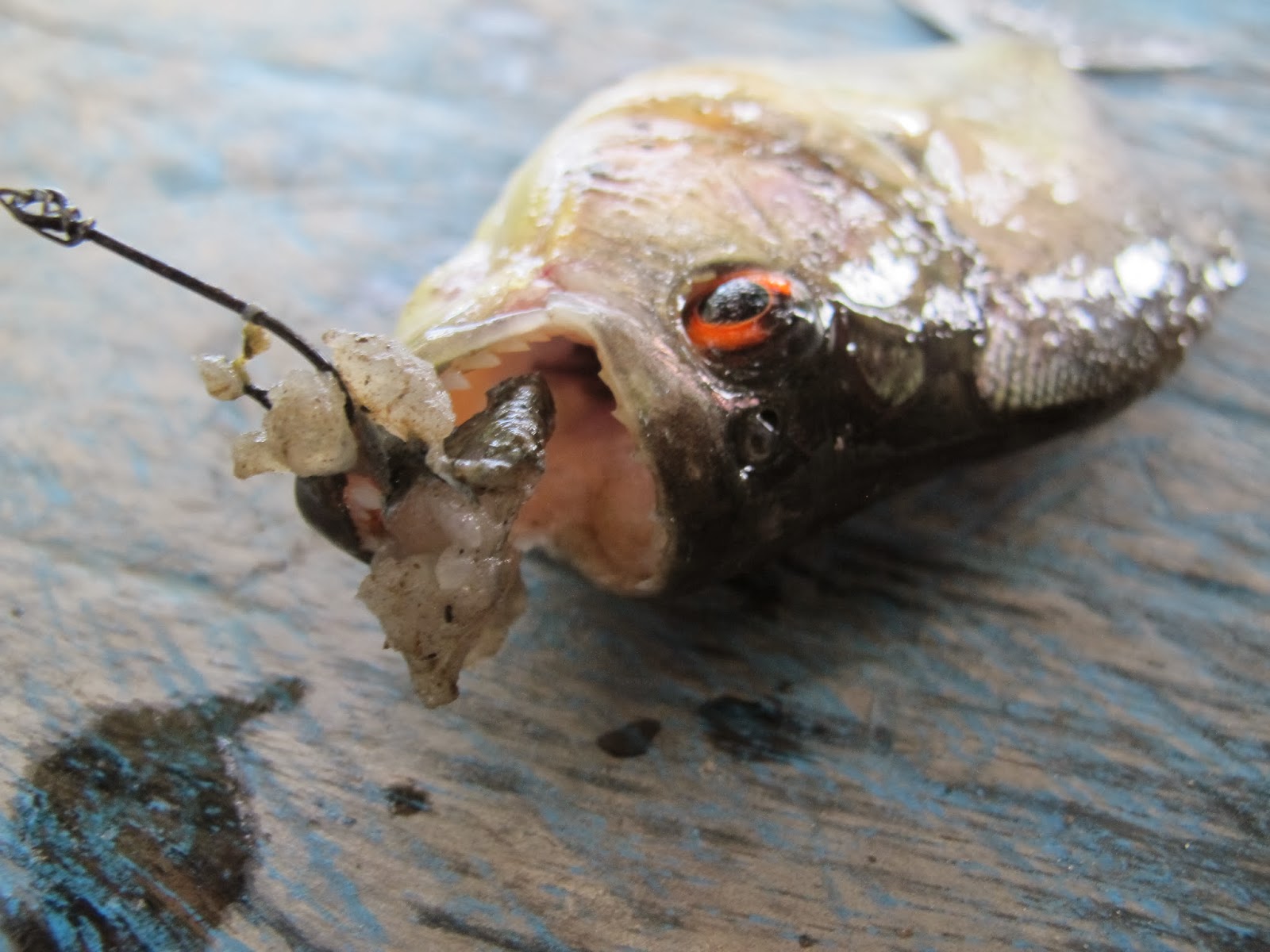 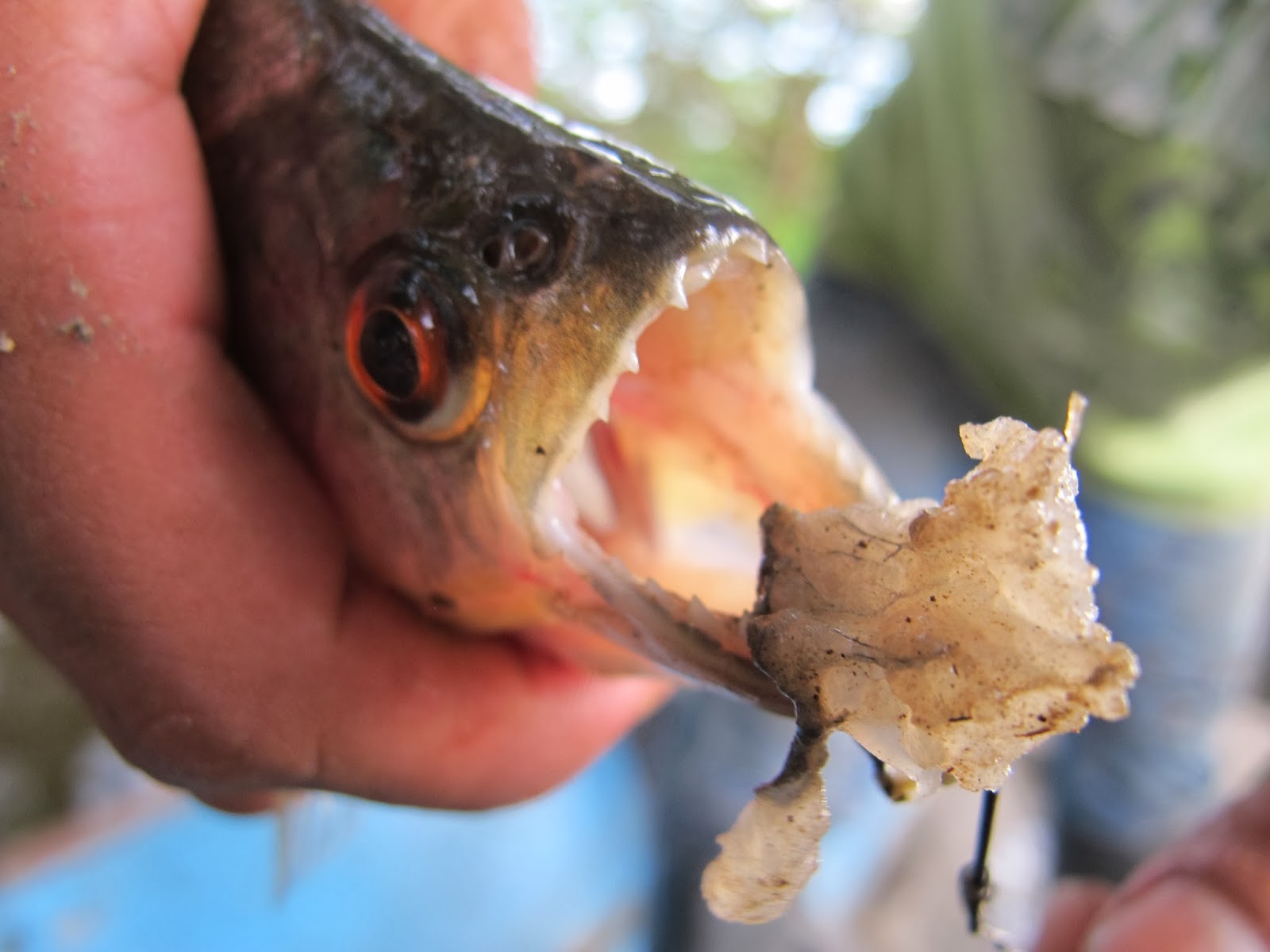 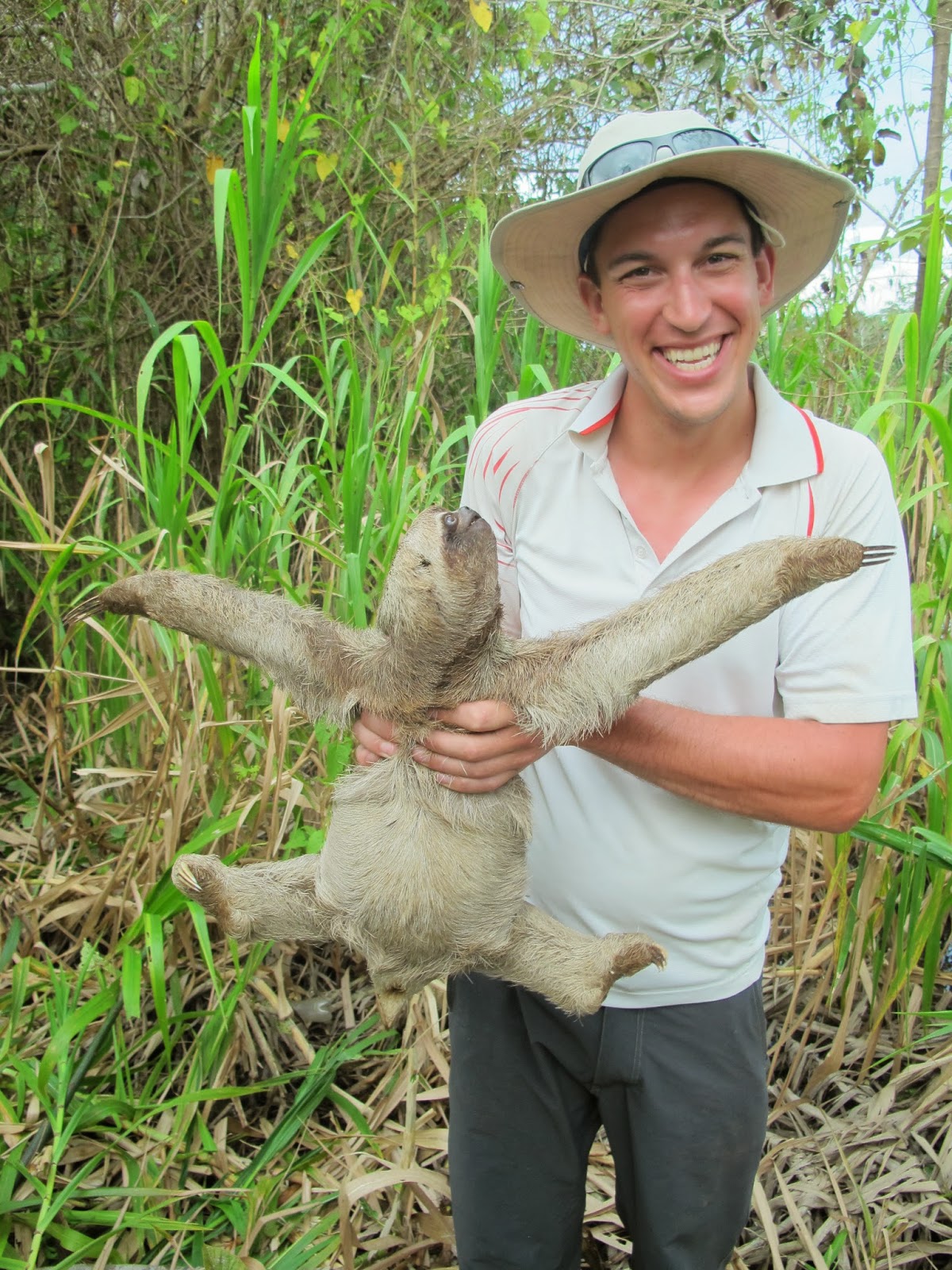 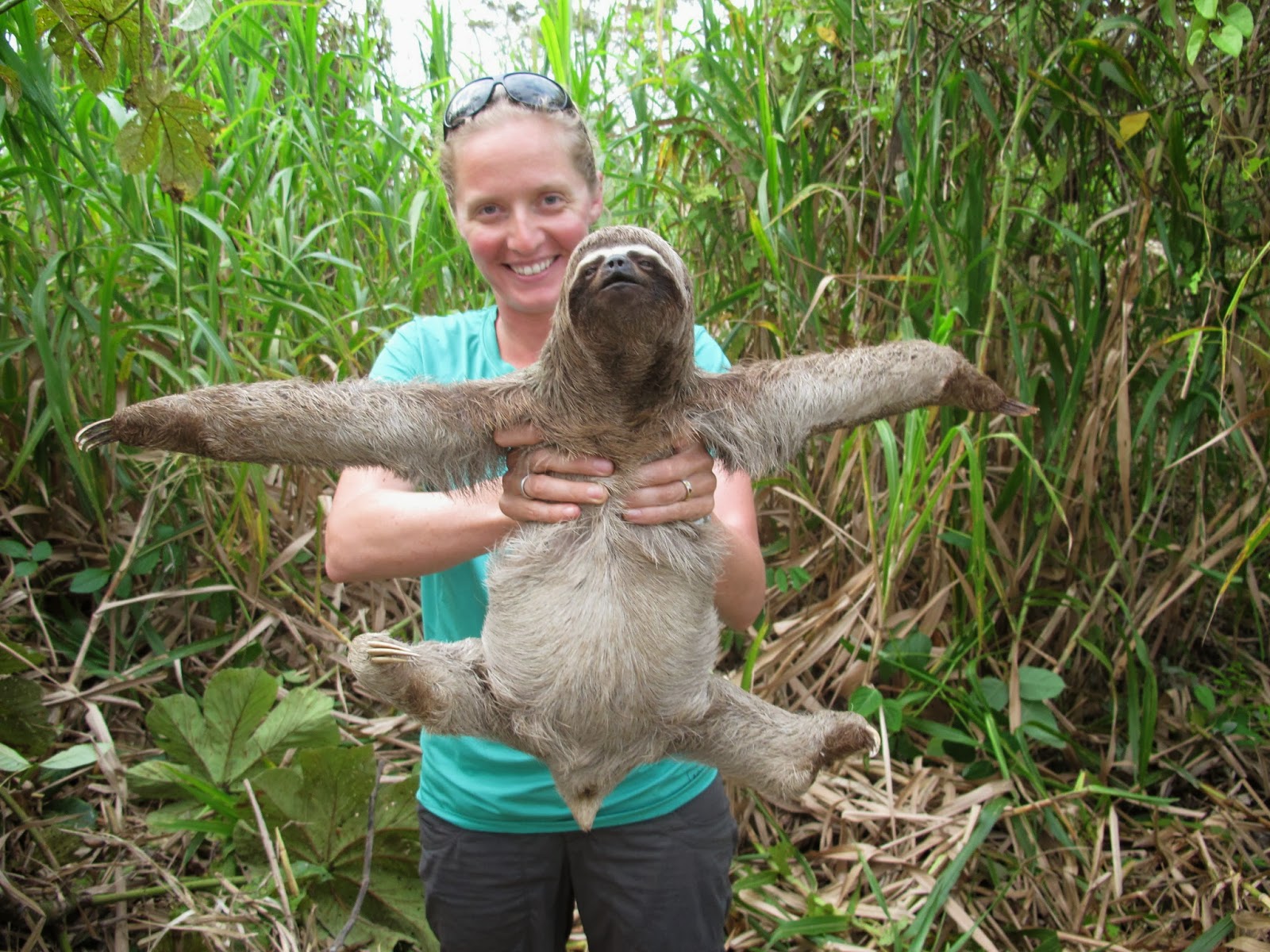 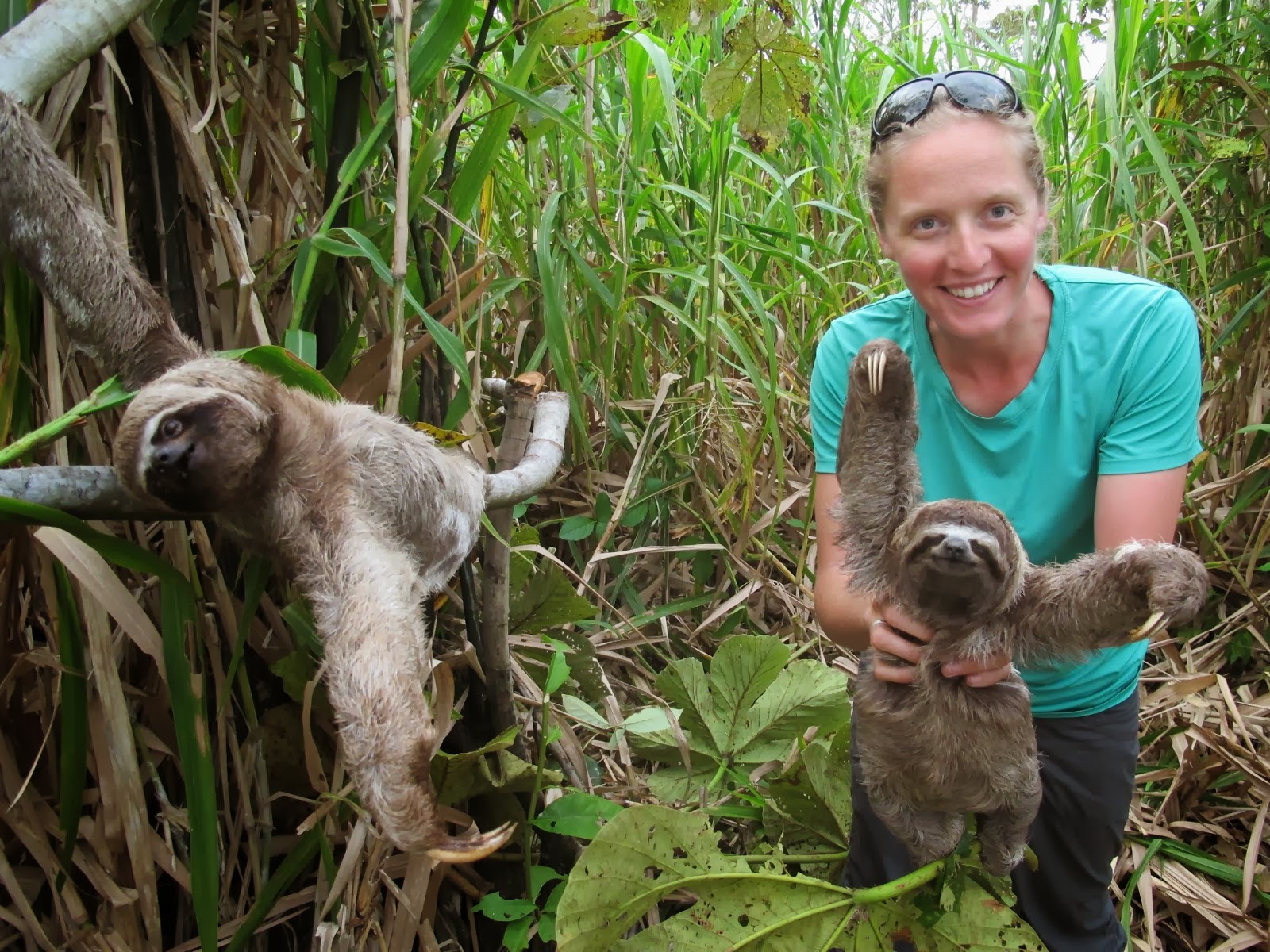 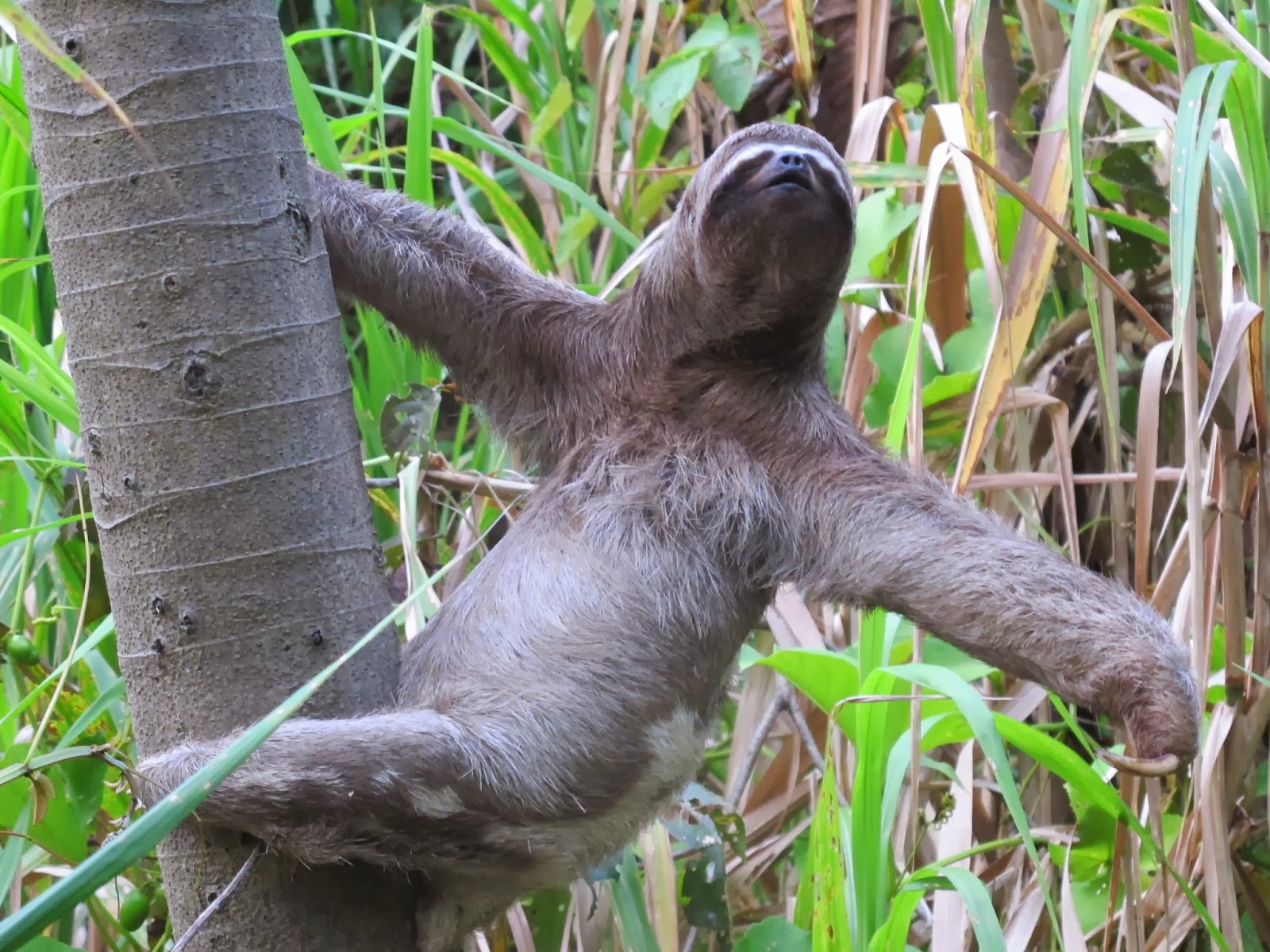 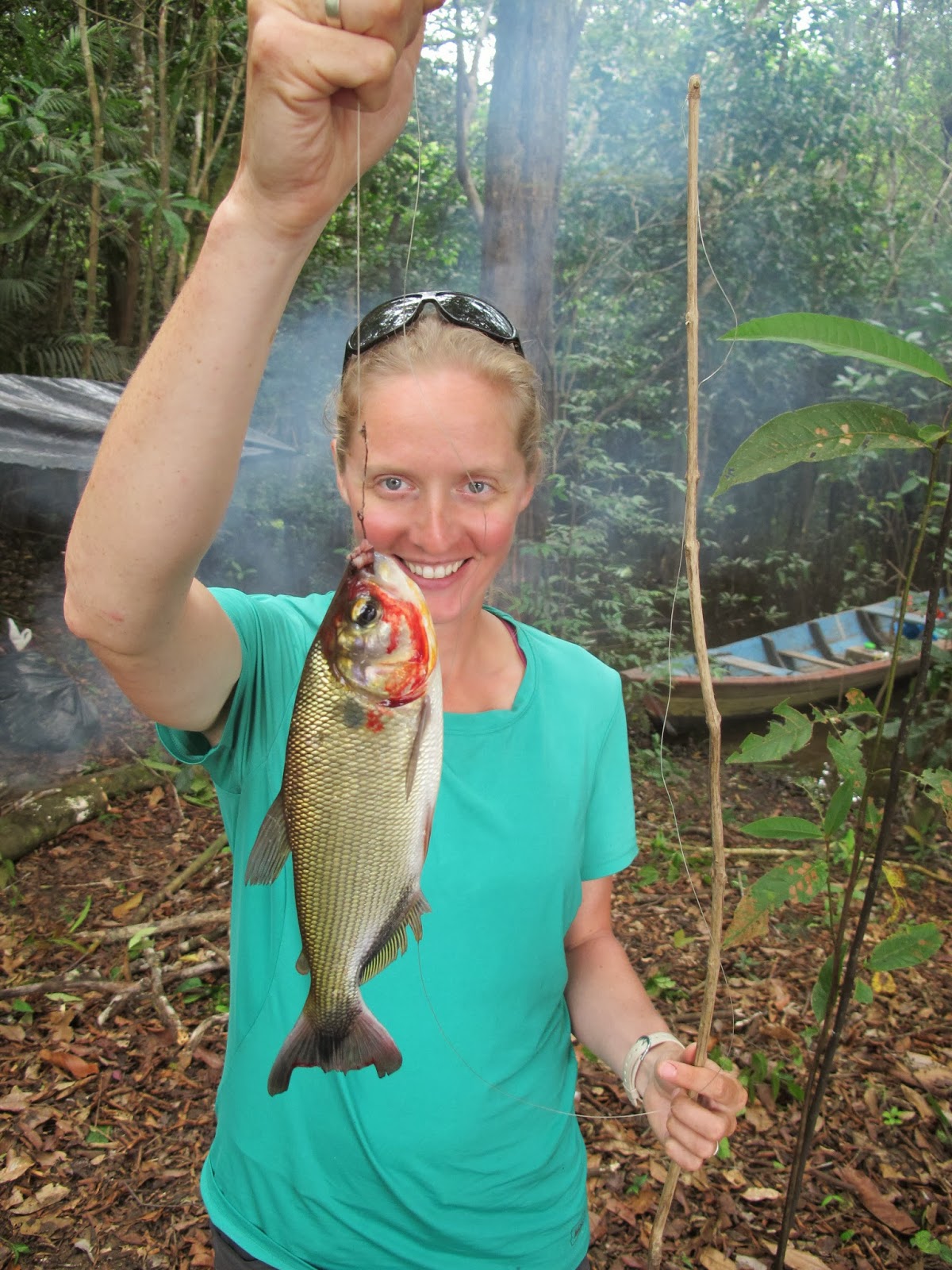 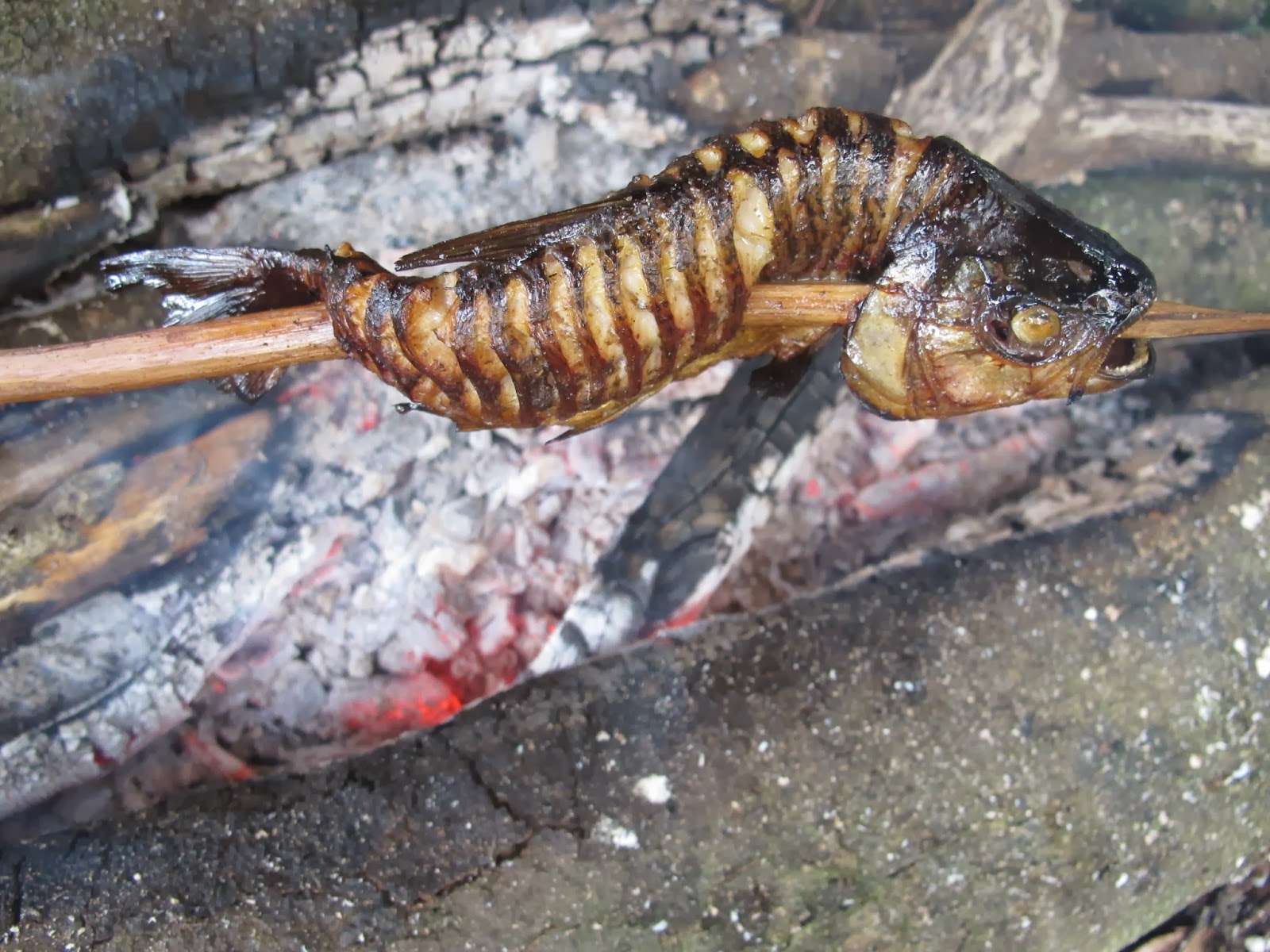 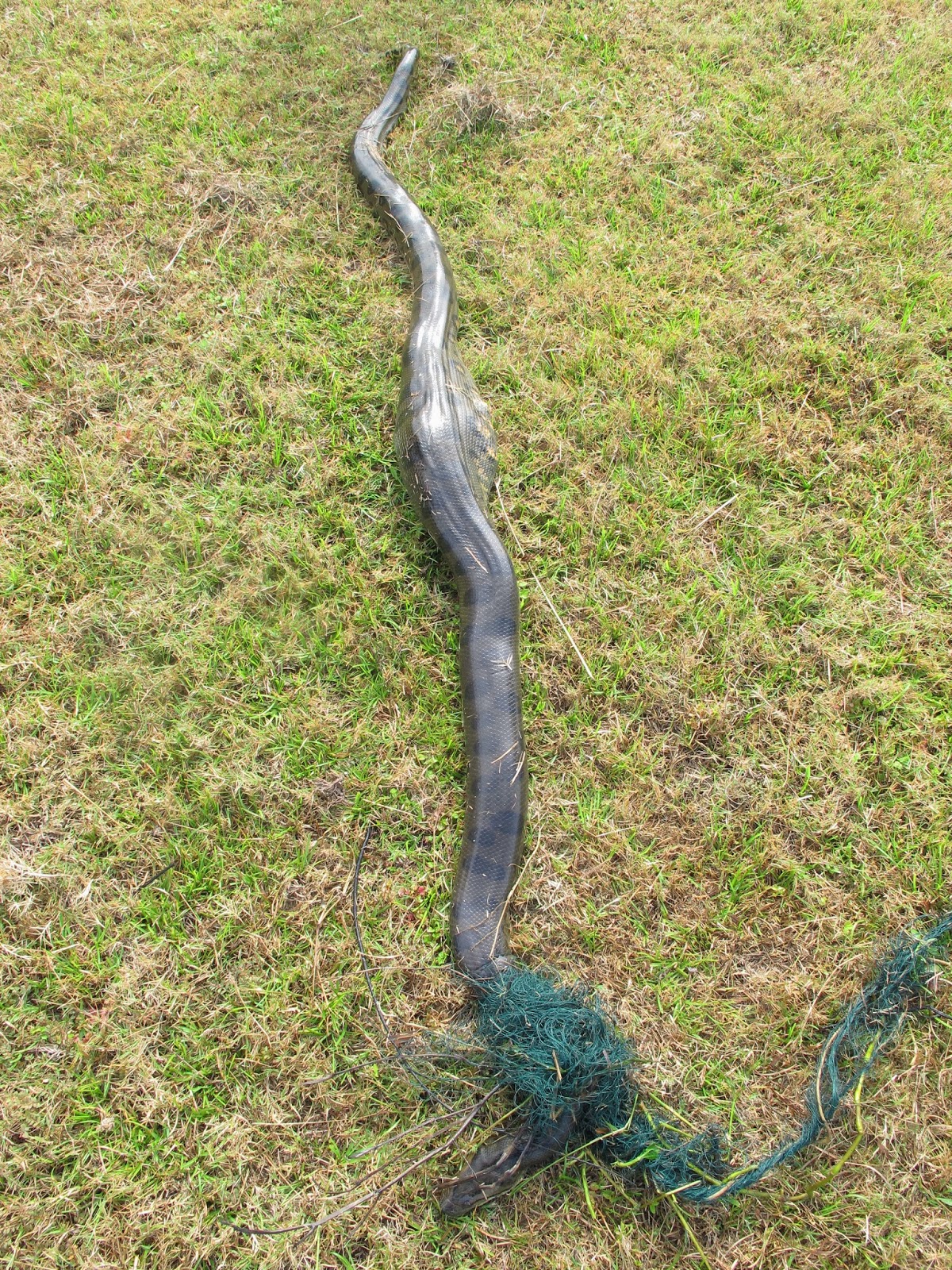 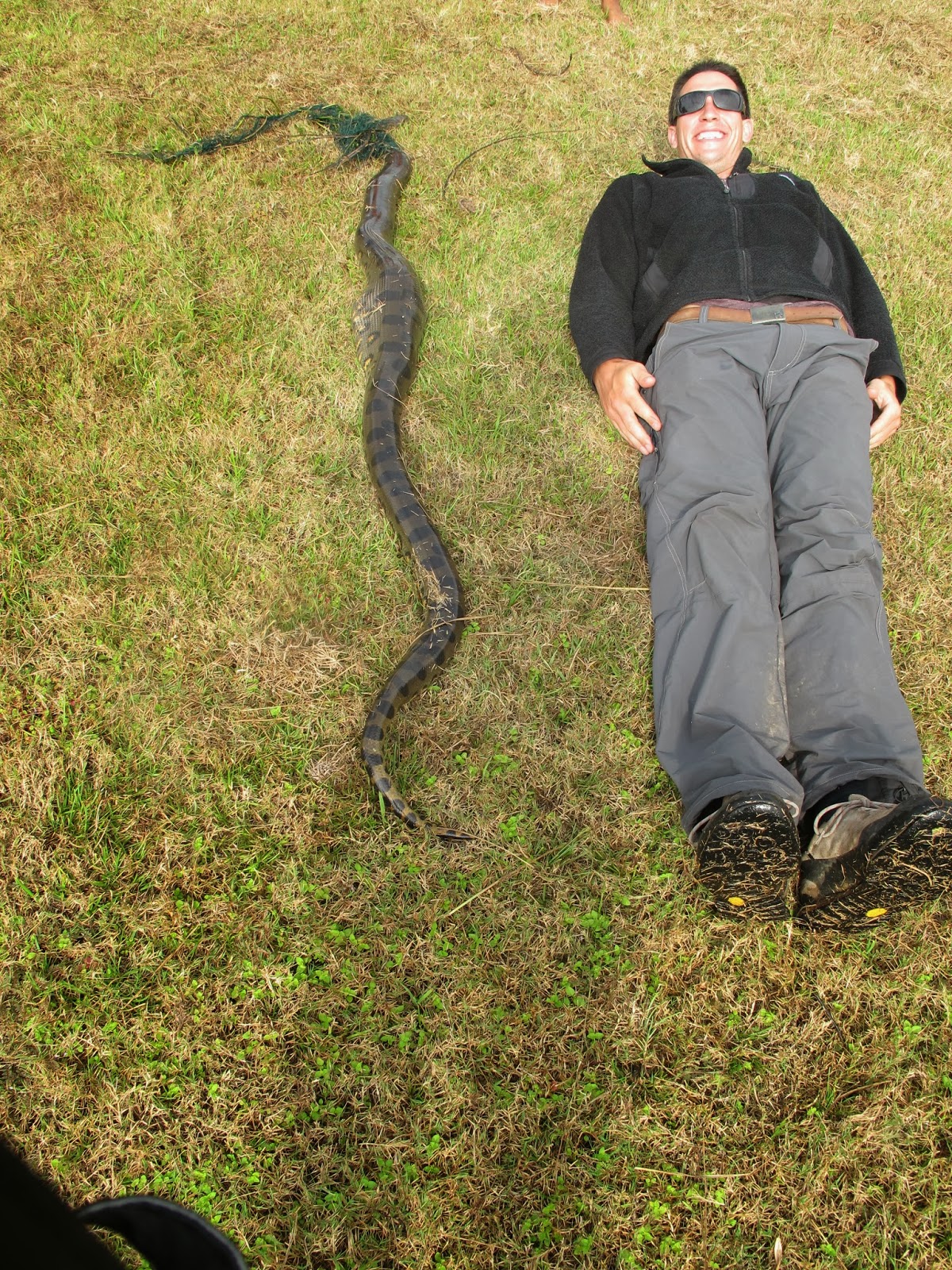 Another interesting experience was our giant Iguana spotting. Our guide Ori spotted a large Iguana high up in a tree along the river. We pulled our boat over to the side of the river underneath the tree where the Iguana was resting. Our second guide Max climbed the tree after the Iguana. I the leaves in the tree were very dense and it was hard to see the Iguana in the tree. Our guides explained that the Iguana would likely jump from the tree into the water went Max got close.
The Iguana did jump from the tree, only it missed the water by a few feet and landed in our boat almost on top of me. In fact one of his back claws scraped my pant leg as he fell. What happened next last for only about 2 seconds. The huge Iguana looked at me, and I looked at the Iguana still in shock. The Iguana immediately bolted over the side of the boat and was gone never to be seen by us again. It really was a big Iguana and probably weighed 15 pounds.
During one of our jungle hikes we spotted two Amazonian River Otters in a small stream. When they saw us, they quickly ran to hide deeper in the jungle. It was great to see them if only for a moment.
I think our expectations were a little too high for our trip. Our goals was to try to see lots of animals, but the area we were taken to was surprisingly quite populated and since the rivers act as the main transportation system most of the people live right along the edge of the river. If you really want a chance to see more rare animals you have to venture out to one of the national preserves.


On our last days while making our way back to Iquitos, be stopped at a small village to return some camping supplies. As we pulled up to the village in our boat we saw a villager pulling a dead anaconda that had gotten tangled in the farmers fishing net. The dead anaconda appeared to have a fairly large animal dead in its stomach. From the size of the bulge it looked to be a monkey or a sloth. The anaconda was about 7 foot long. Apparently, they do not have any monetary value so the farmer just through the carcass into the main river for the Piranhas to feast on. 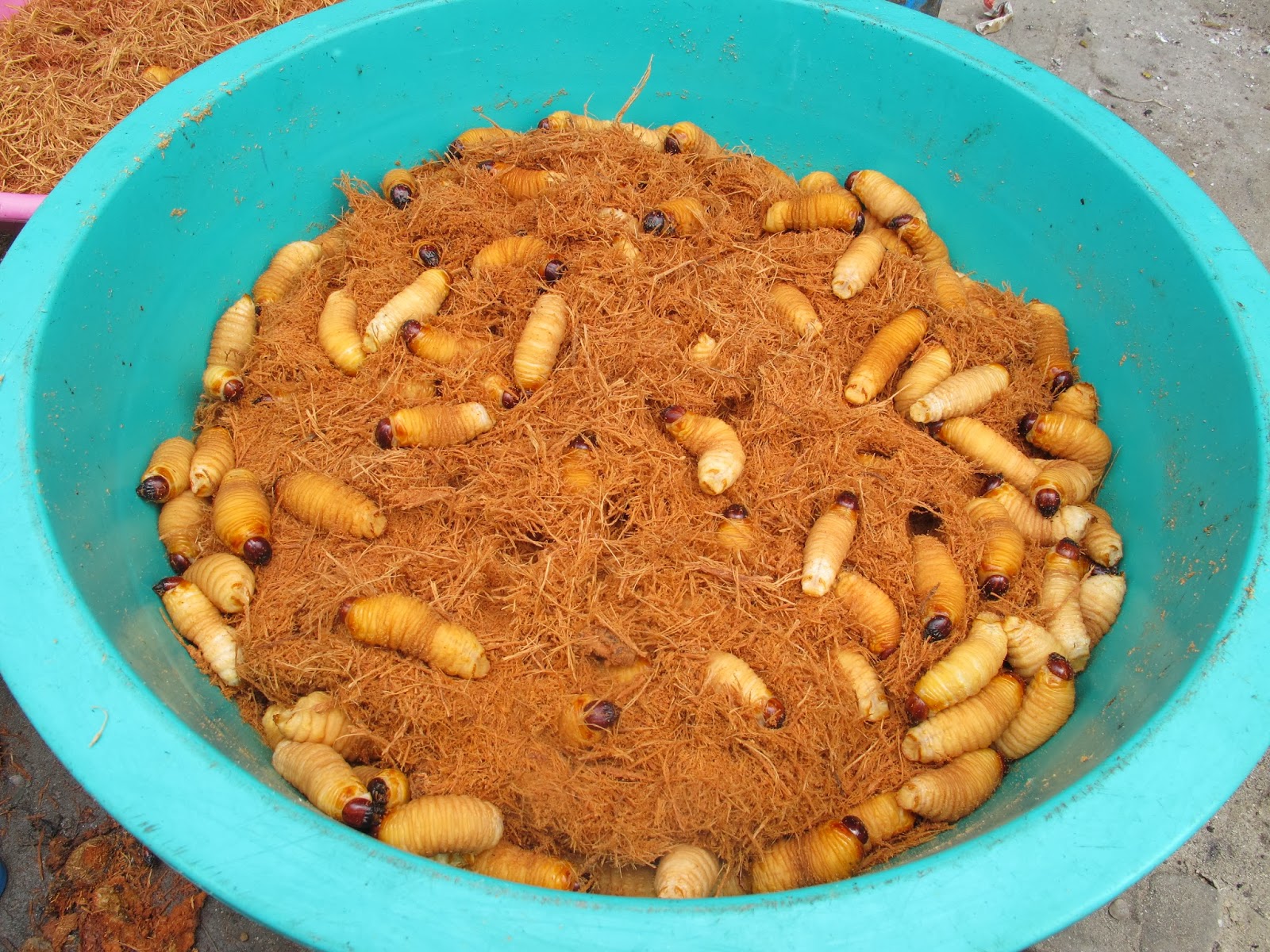 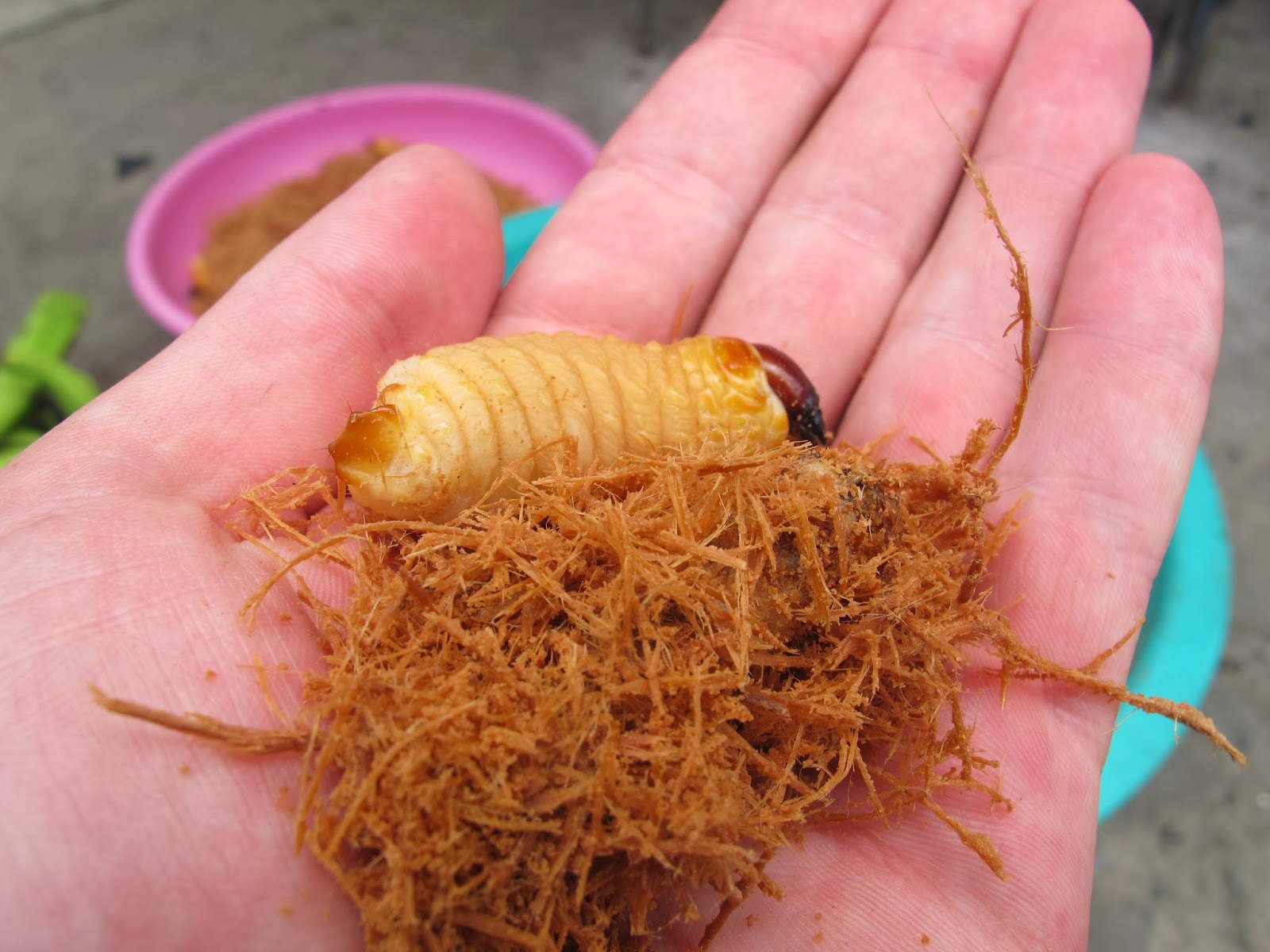 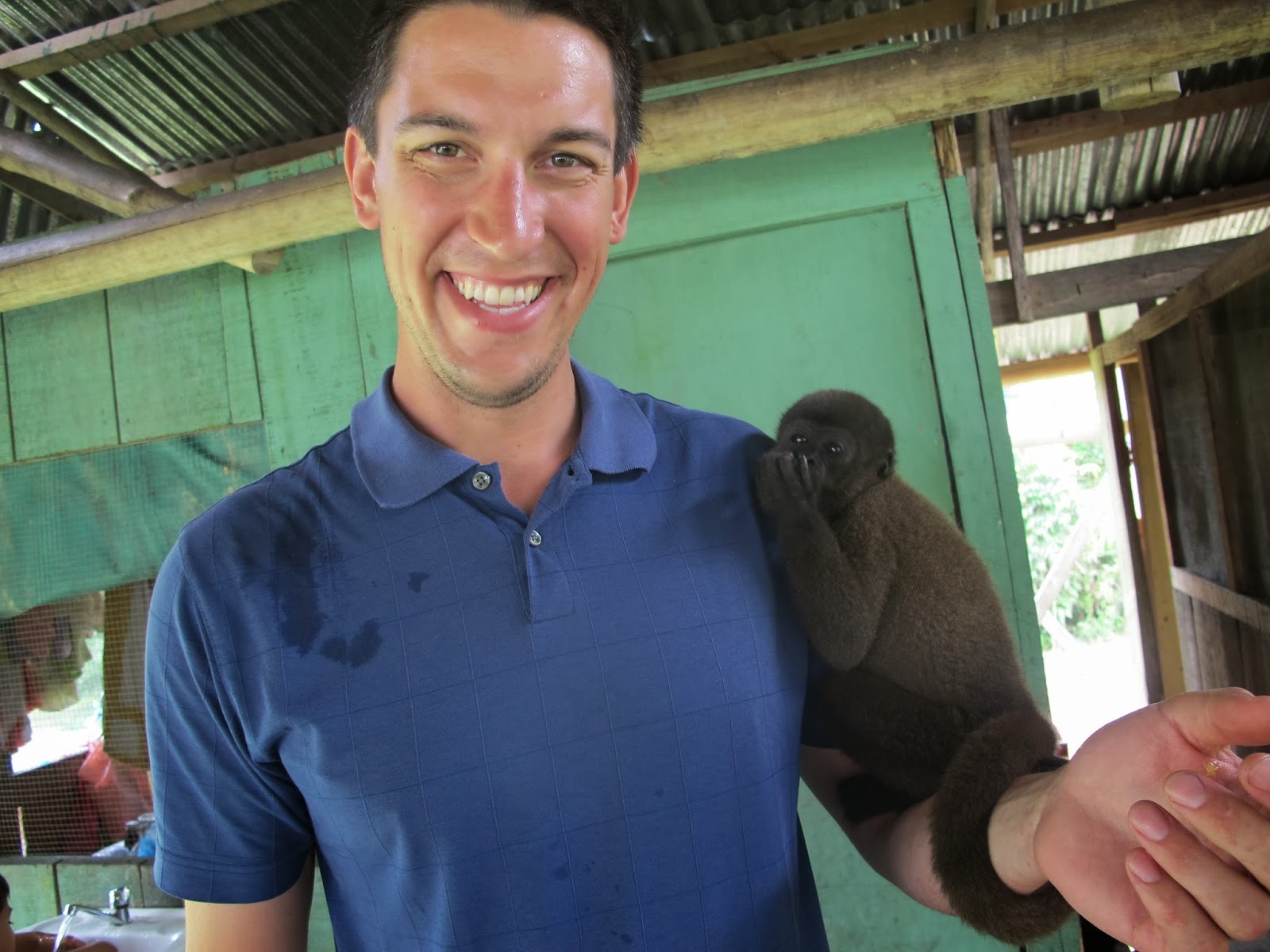 On the downside, we ended up returning to Iquitos a day earlier than we had originally planned because I had gotten sick likely do to the untreated water we were served. For anyone considering this kind of trip, the mosquitoes were awful. During our 5 day trip Amber and I went through an entire bottle of 100% Deet bug dope.
Posted by Unknown at 6:07 AM