Amber:  The Islas Ballestas, otherwise known as The Poor Mans Galapagos, was a Peruvian highlight.  We arrived in the small, seaside town of Paracas, checked into our hostel and walked to the beach.  The late afternoon sun wasn't too hot so we grabbed a few Pilsen beer (very similar to a glorified PBR) and sat on the small United blanket I had borrowed for life, and watched the local children play soccer with a beat up, semi deflated ball.  It was very nice to be on the beach!The next morning we woke up early and joined the fifty other passengers going on our tour to the Islas Ballesras via speed boat.  The Islas are a big business for Paracas and the dock was teeming with hundreds of tourists being herded along the assembly line of necessary paperwork, park passes, and being organized into boats.  We actually managed to get a nice seat at the front of the boat.  Our first stop was a huge Candelabra geoglyph.  It predates the Spanish arrival in the 1500's, so another thought was that it was supposed to be a cactus. 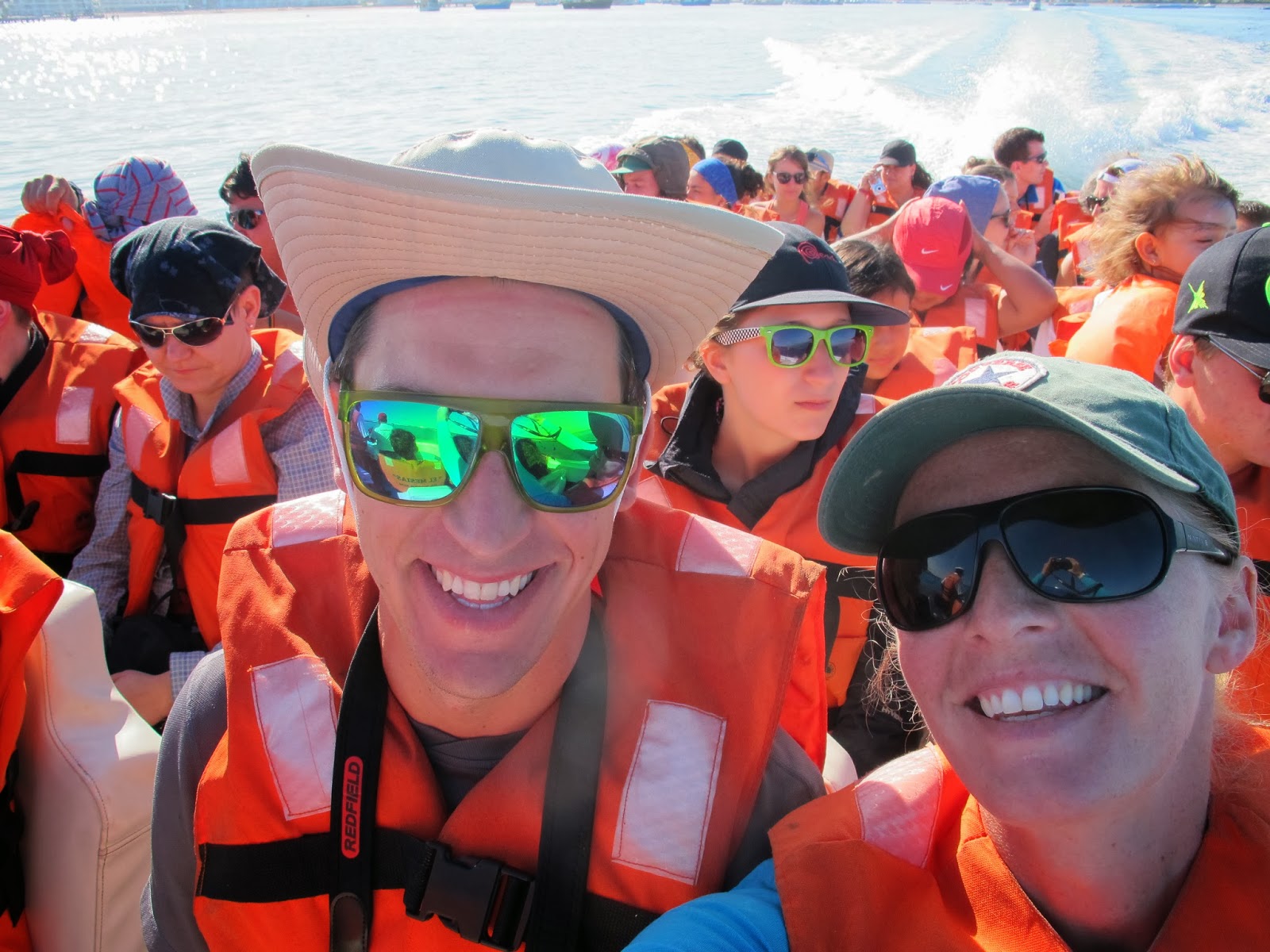 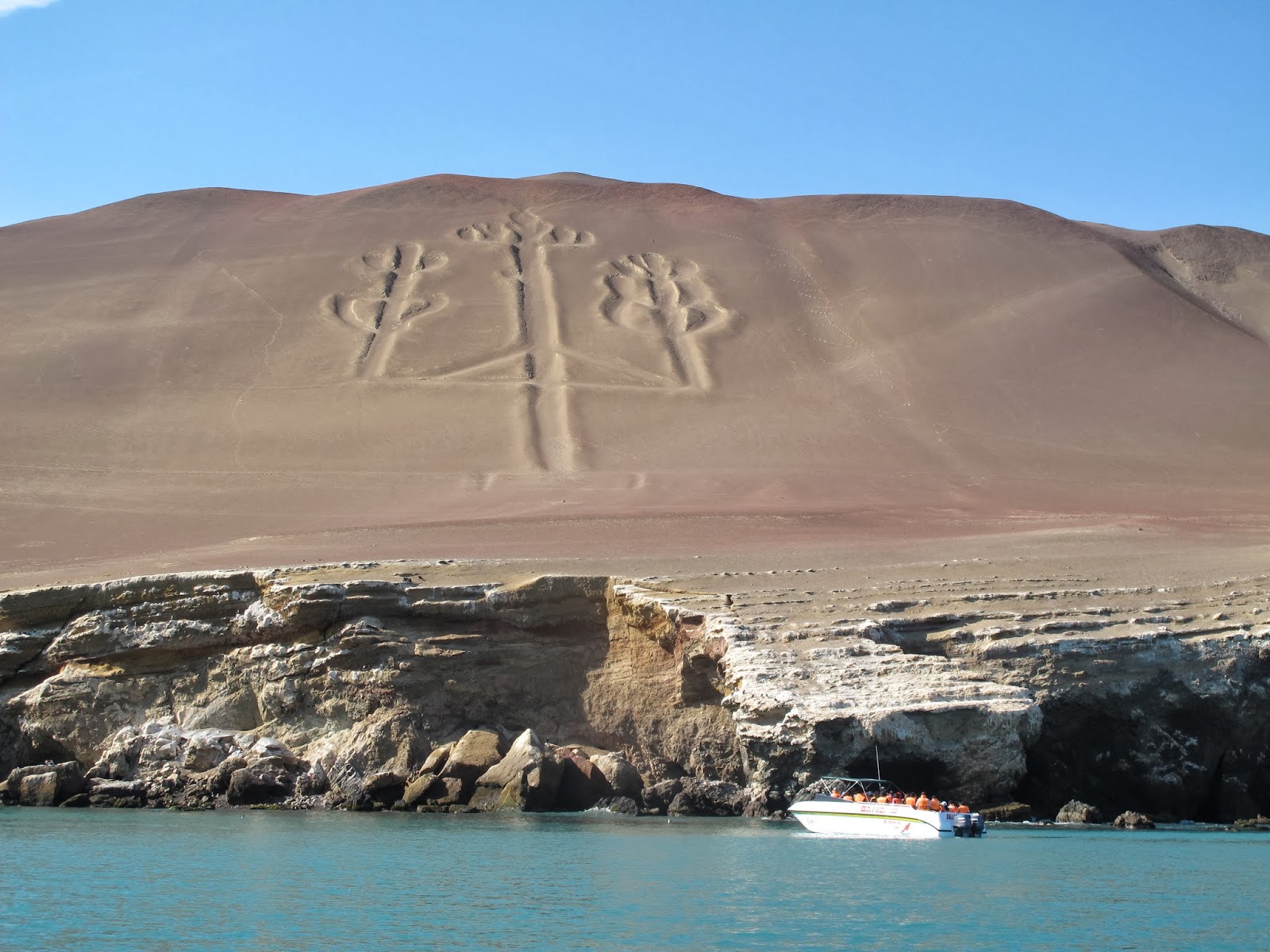 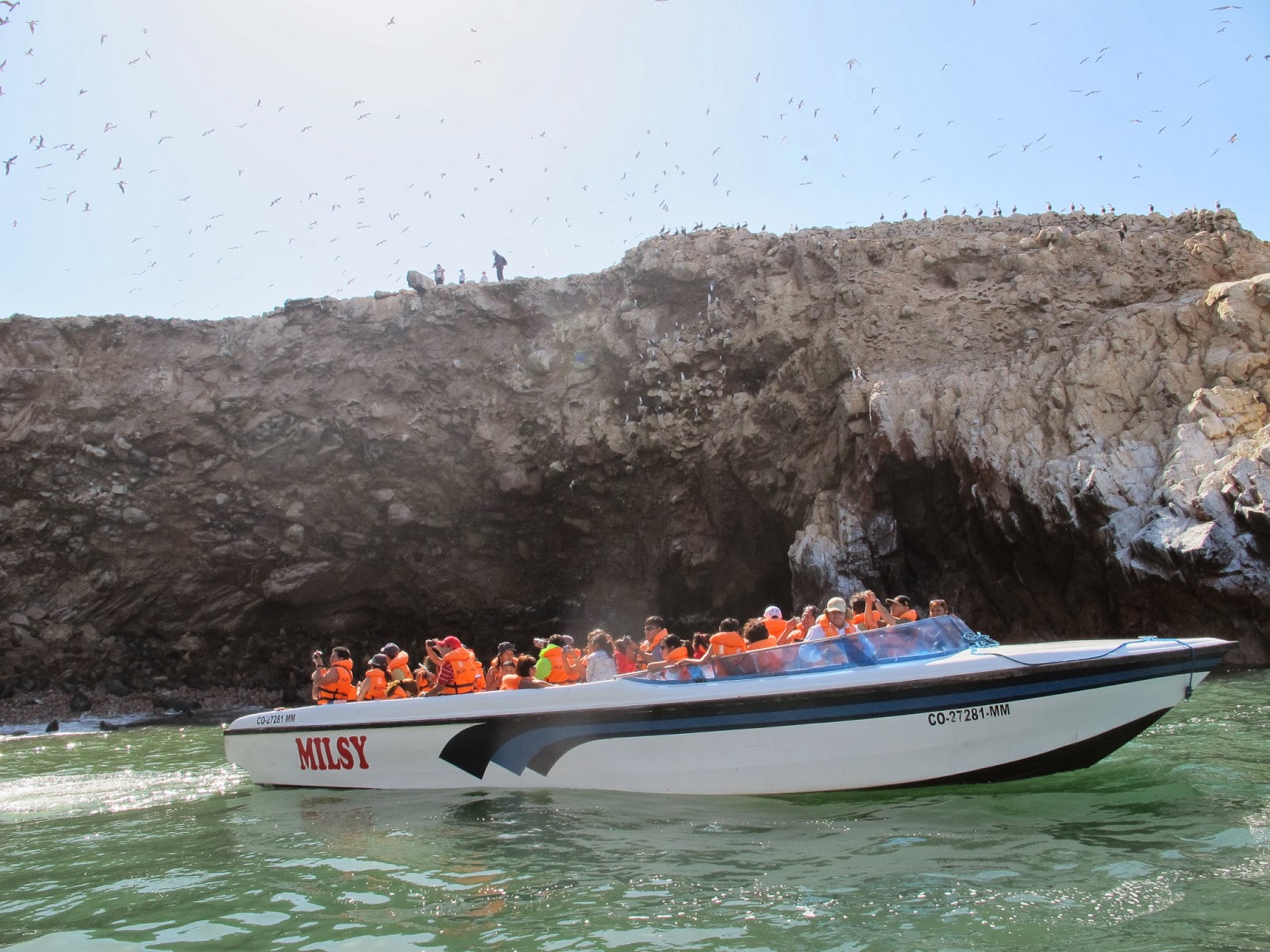 There were thousands of red and white, HUGE jelly fish between the mainland and the small scattered islands.  They were very pretty, but growing up in Kodiak, Alaska on a fishing boat, I had no desire to fall into the water and test how strong their sting was. 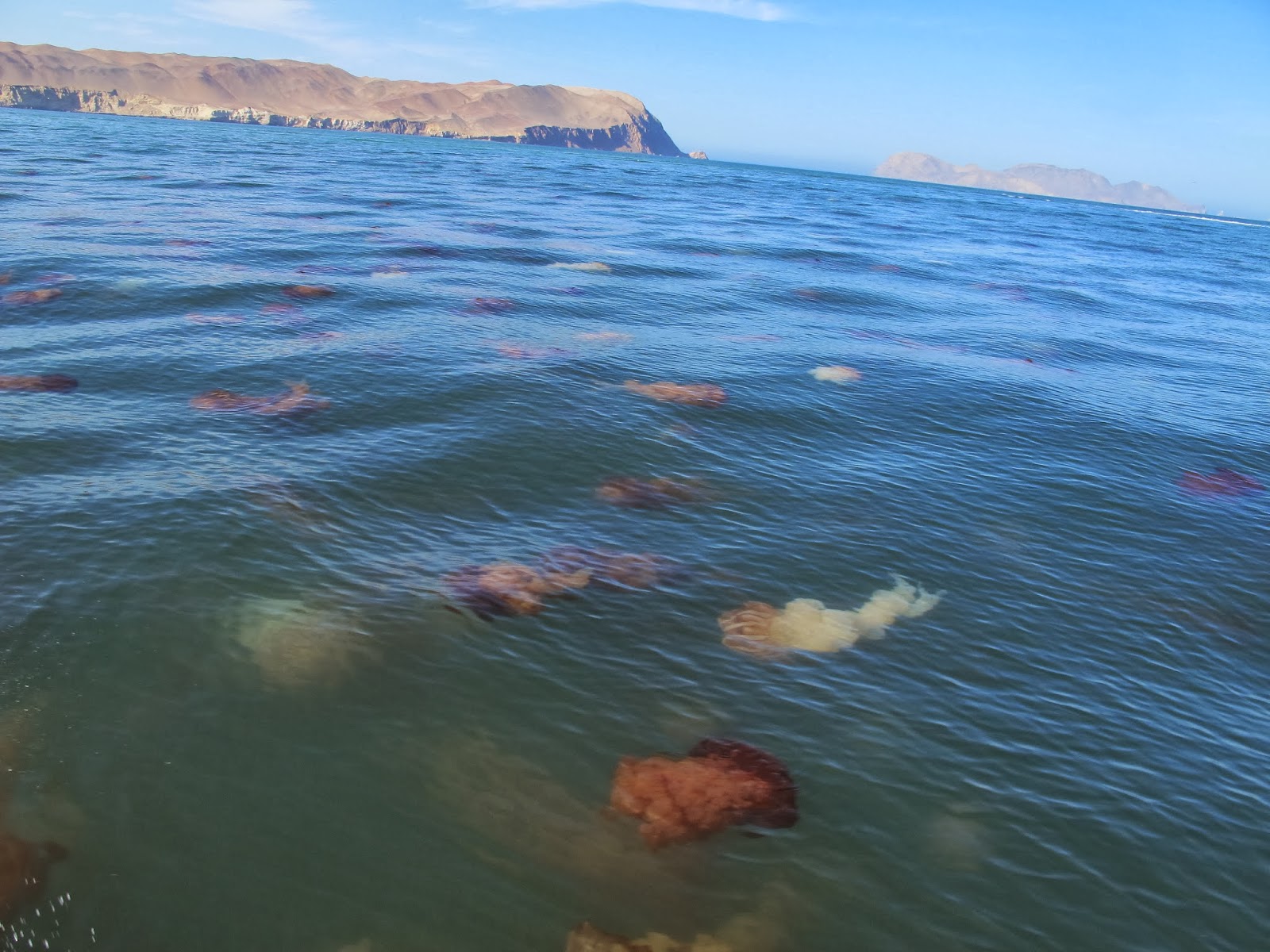 We arrived at the Islas after about seventeen minutes and immediately noticed the strong, pungent oder of seabird guano.  There were thousands of birds sitting on the rock islands or circling in the sky.  We had been warned to wear a hat to protect against an occasional dropping!!  There were Peruvian Boobies, pelicans, cormorants, by the thousands, and we even saw a scattering of Humboldt penguins.  Who needs to go to Antarctica and freeze when for $15 you can go to the Islas Ballestas?! 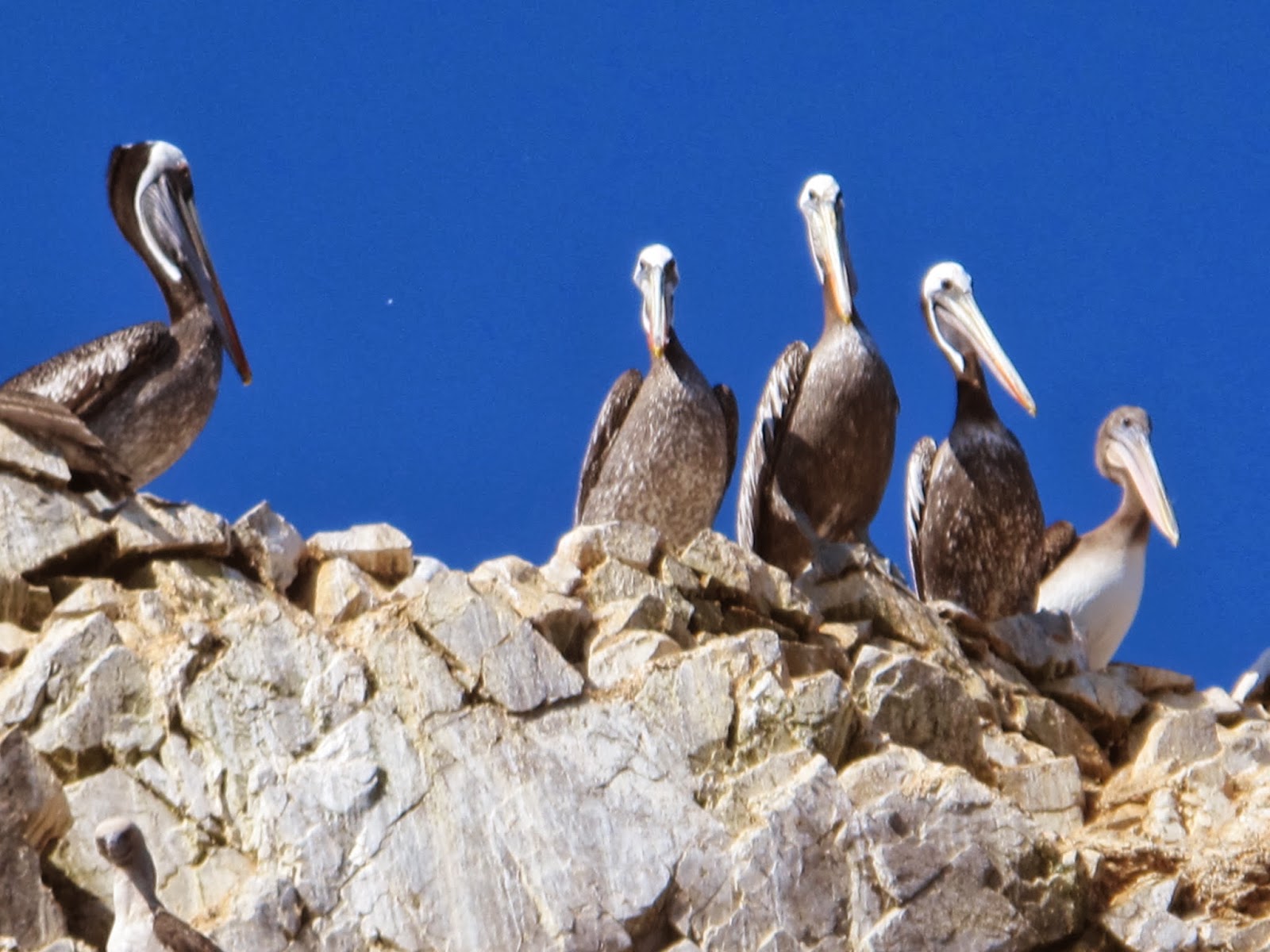 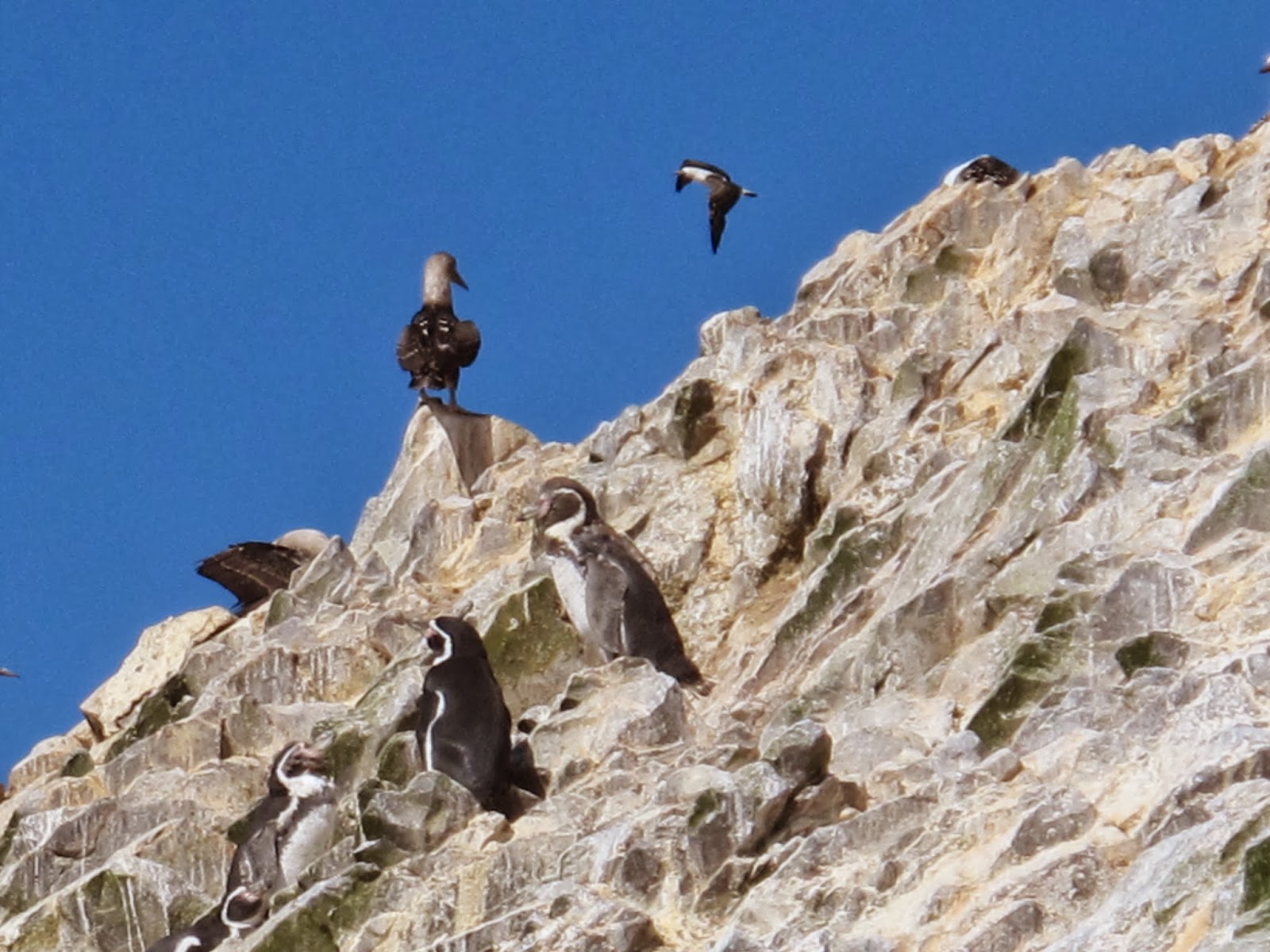 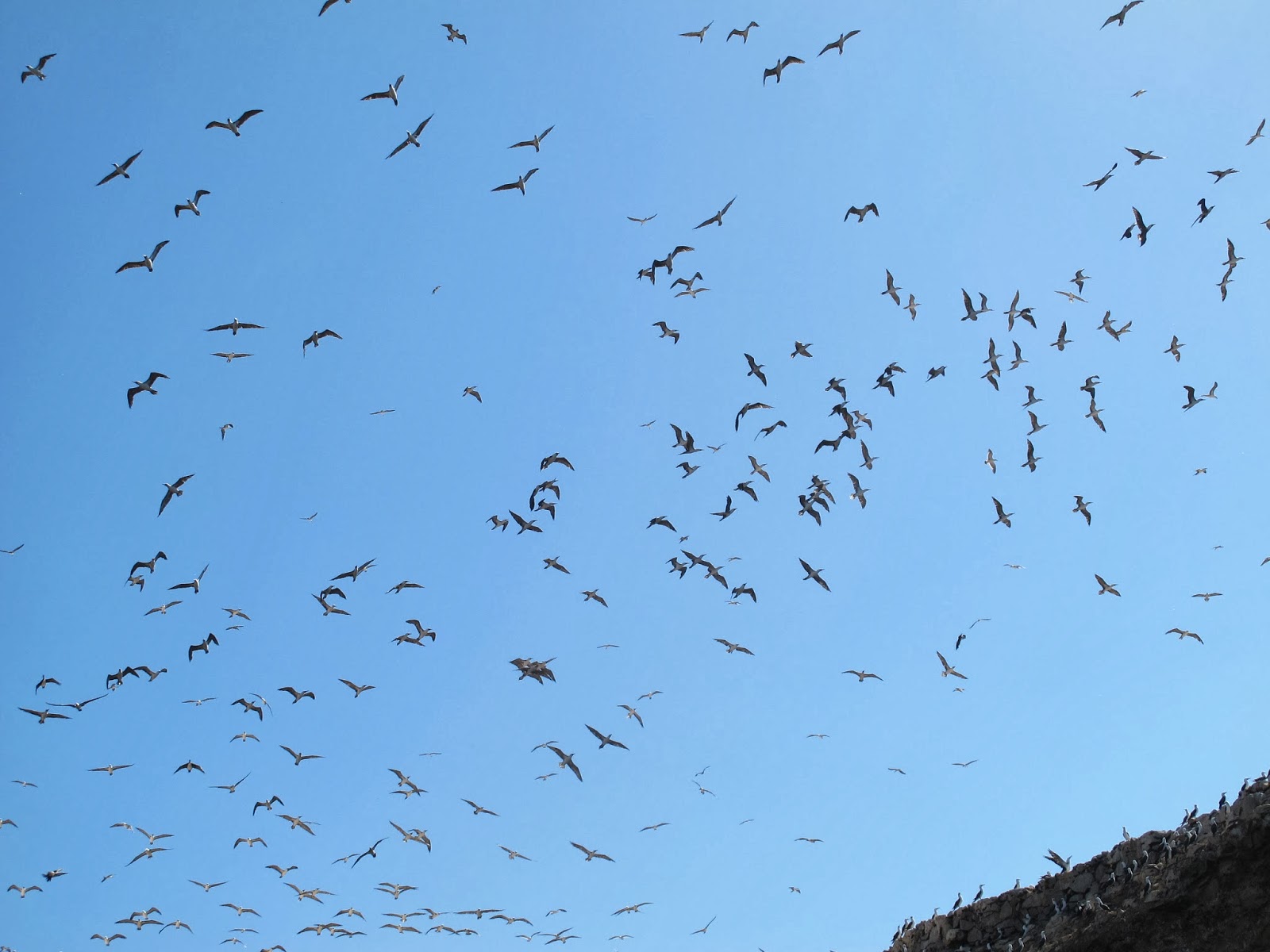 There were thousands of sea lions lined up along the more accessible rocks and shore line.  Aside from the loner males sunning themselves on the outskirts, the masses of fat, huge sea lion males were constantly roaring and lunging at one another.  The females and young pups did their best to stay out of the way while the males were all either fighting or covered with fresh battle wounds.  Three were so many of them!  We wondered when they had time to eat.  I took hundreds of photos, they were amazing animals!!  We had such a great time we even considered going a second time! 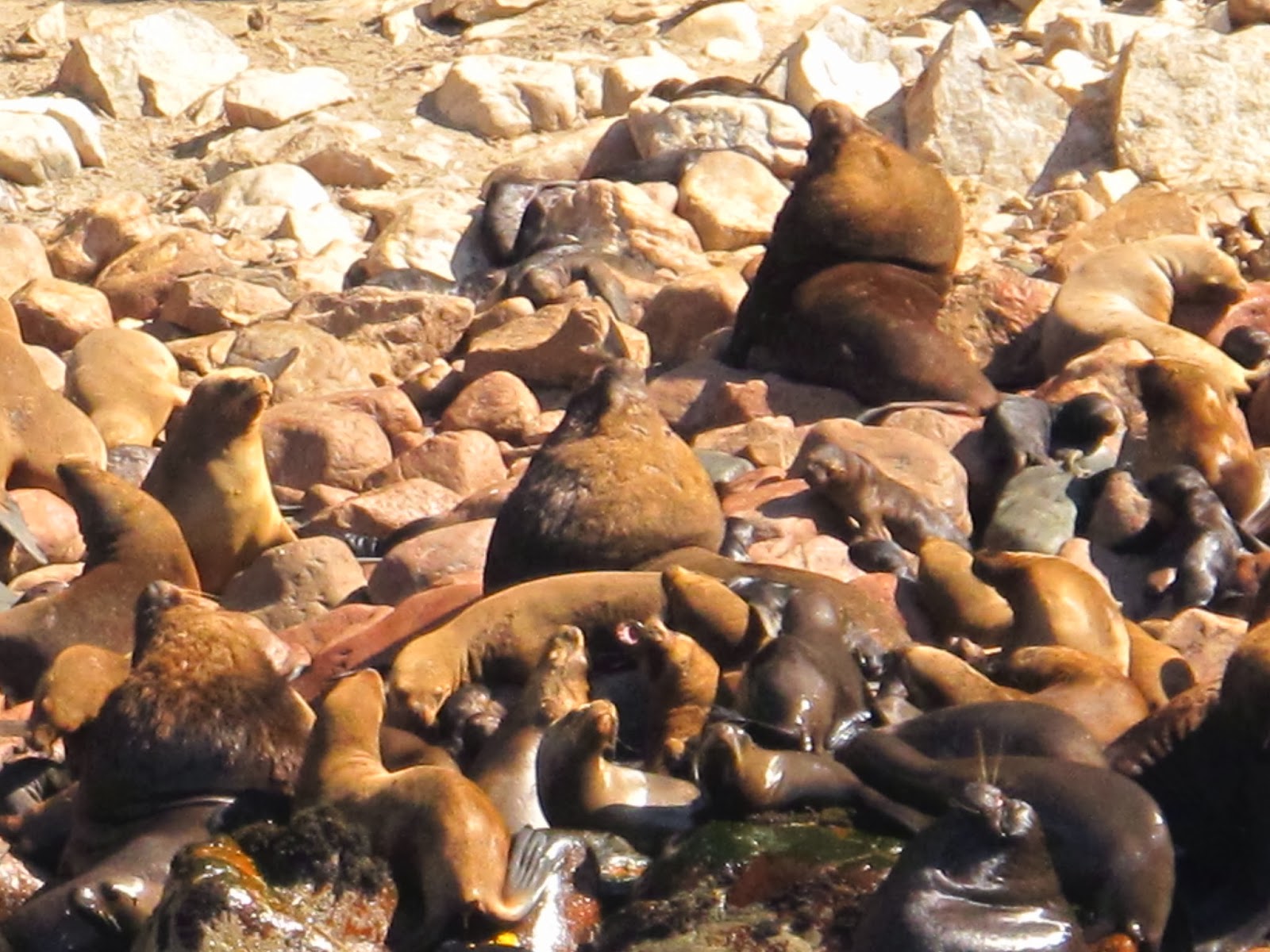