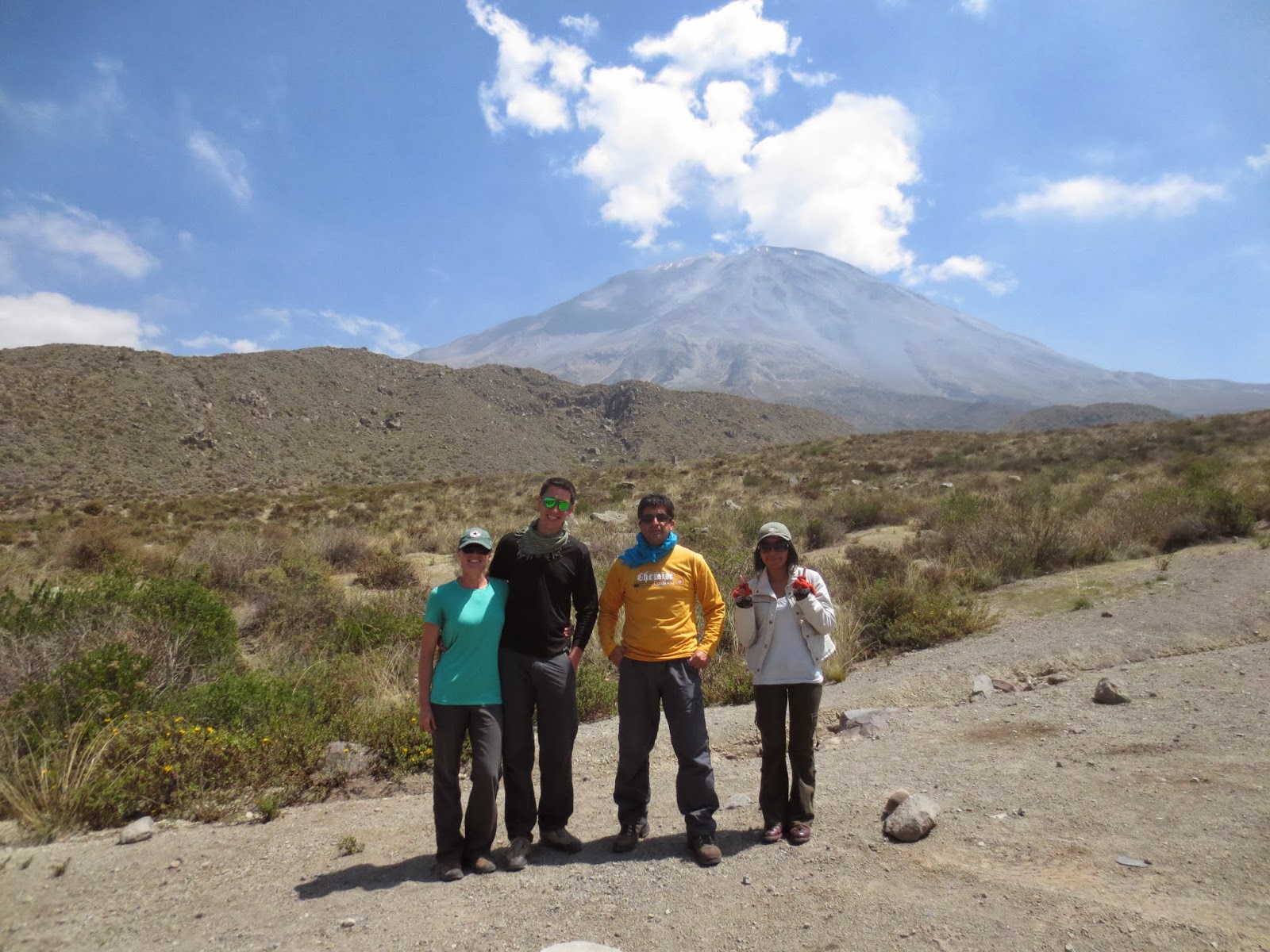 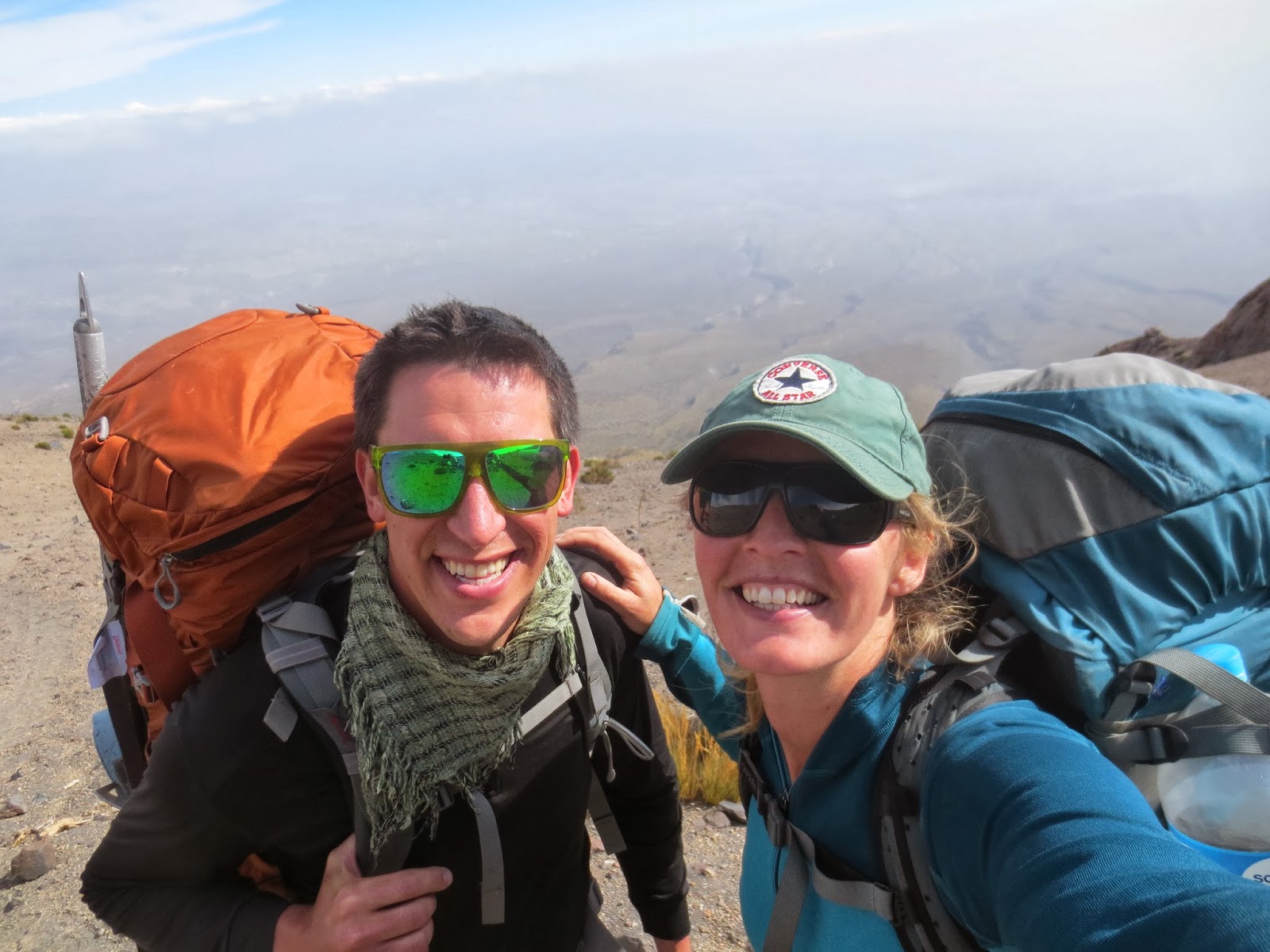 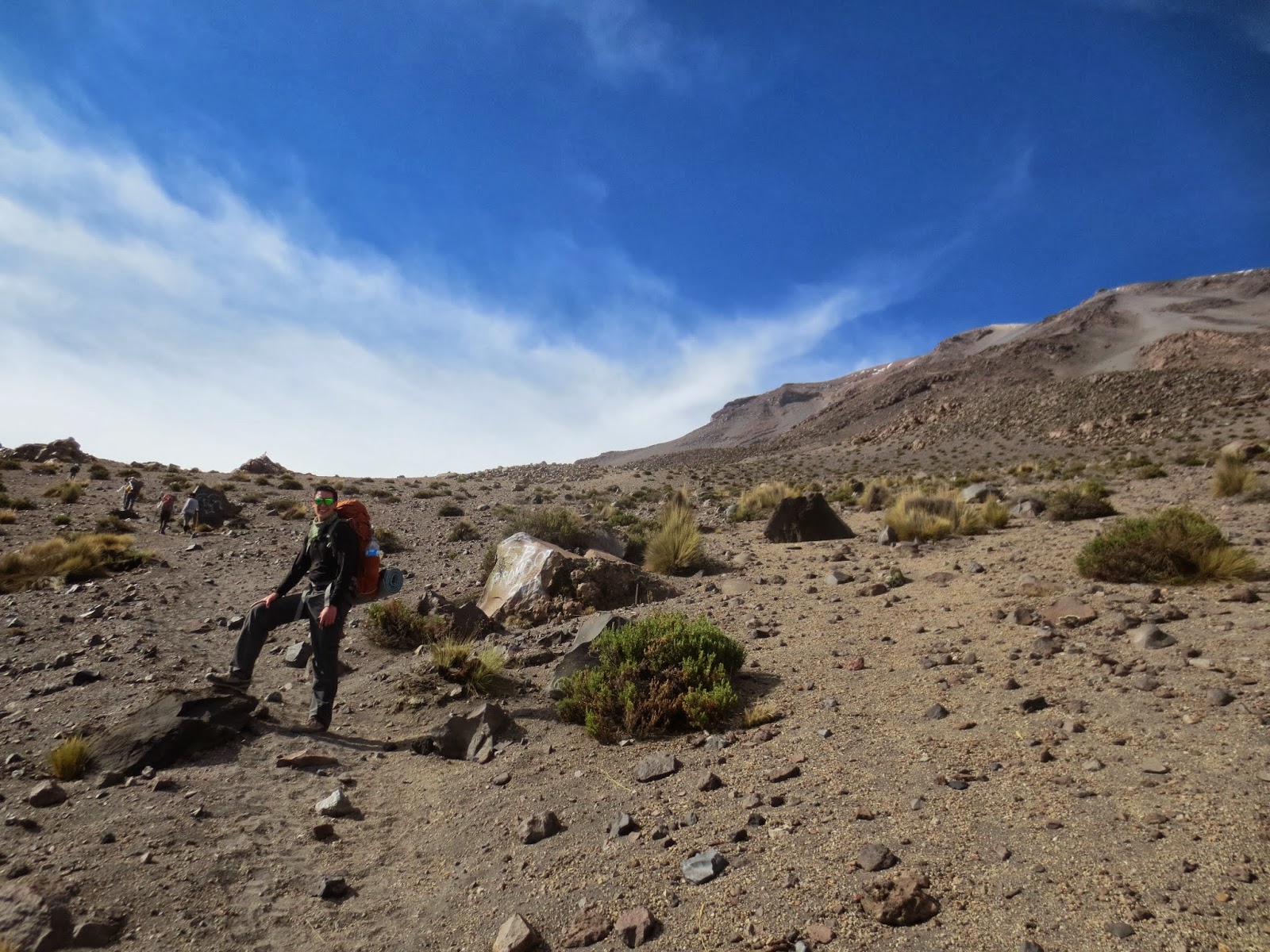 There was almost no snow. When we first had arrived in Arequipa we could see that the summit of El Misti had some snow accumulation at the very summit, but over the past week almost all of it had melted away.
The last hour of the climb was the slowest. We could see the summit just a few hundred meters away, but we were struggling so hard to breathe that we could only muster a few shuffled steps before needing to rest. We reached the summit at 8:00 AM. The summit is marked with a 4 meter tall iron cross that has been on the peak since the early 1900s.  I’m glad I didn’t have to help carry it up there. The sun was up and the temperatures getting warmer. We rested on the summit for an hour. It was sometime before Mariam became visible slowing climbing up the ridge below us. We were happy to see that she had continued. She reached the summit 45 minutes behind the rest of us. 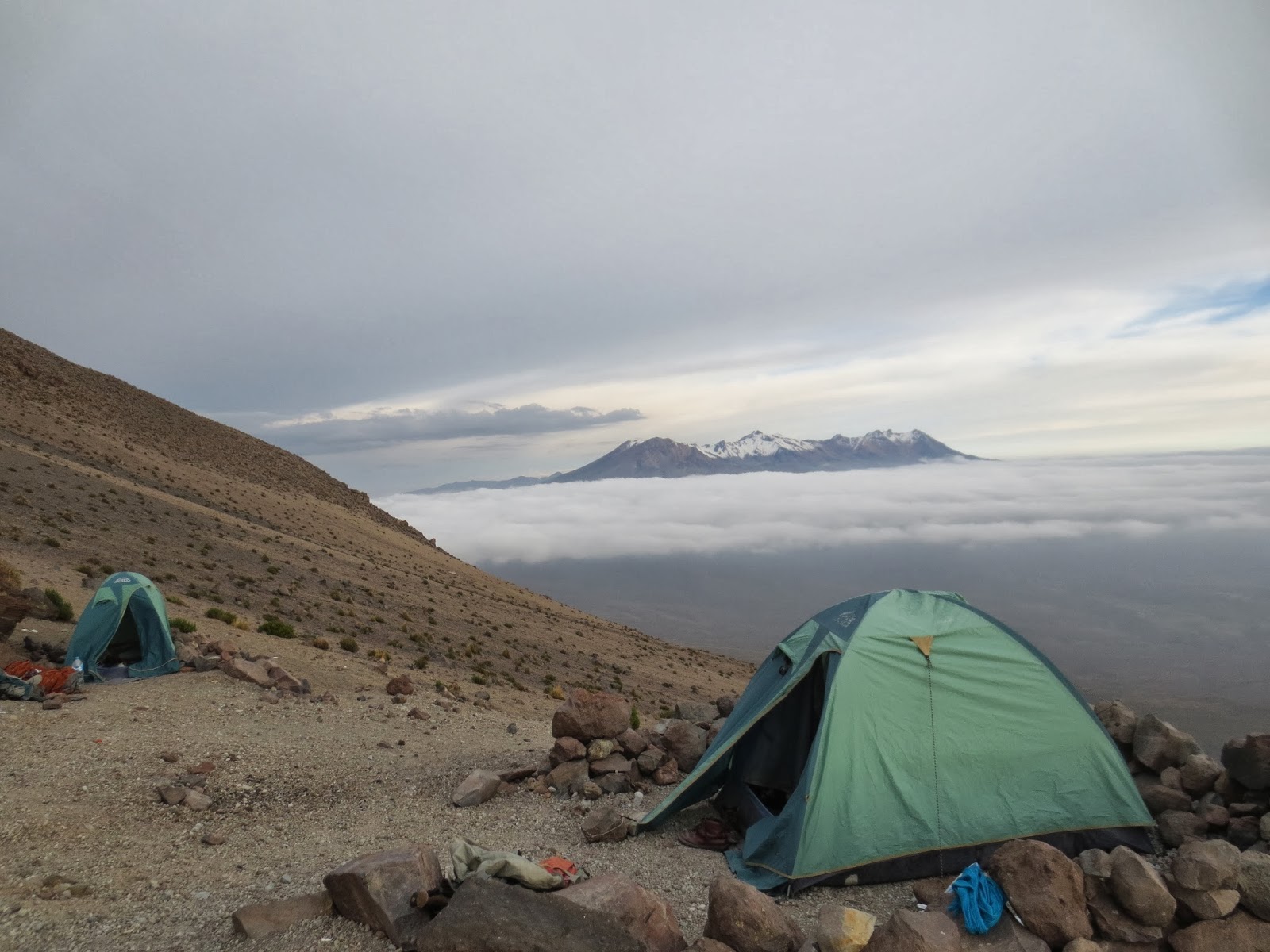 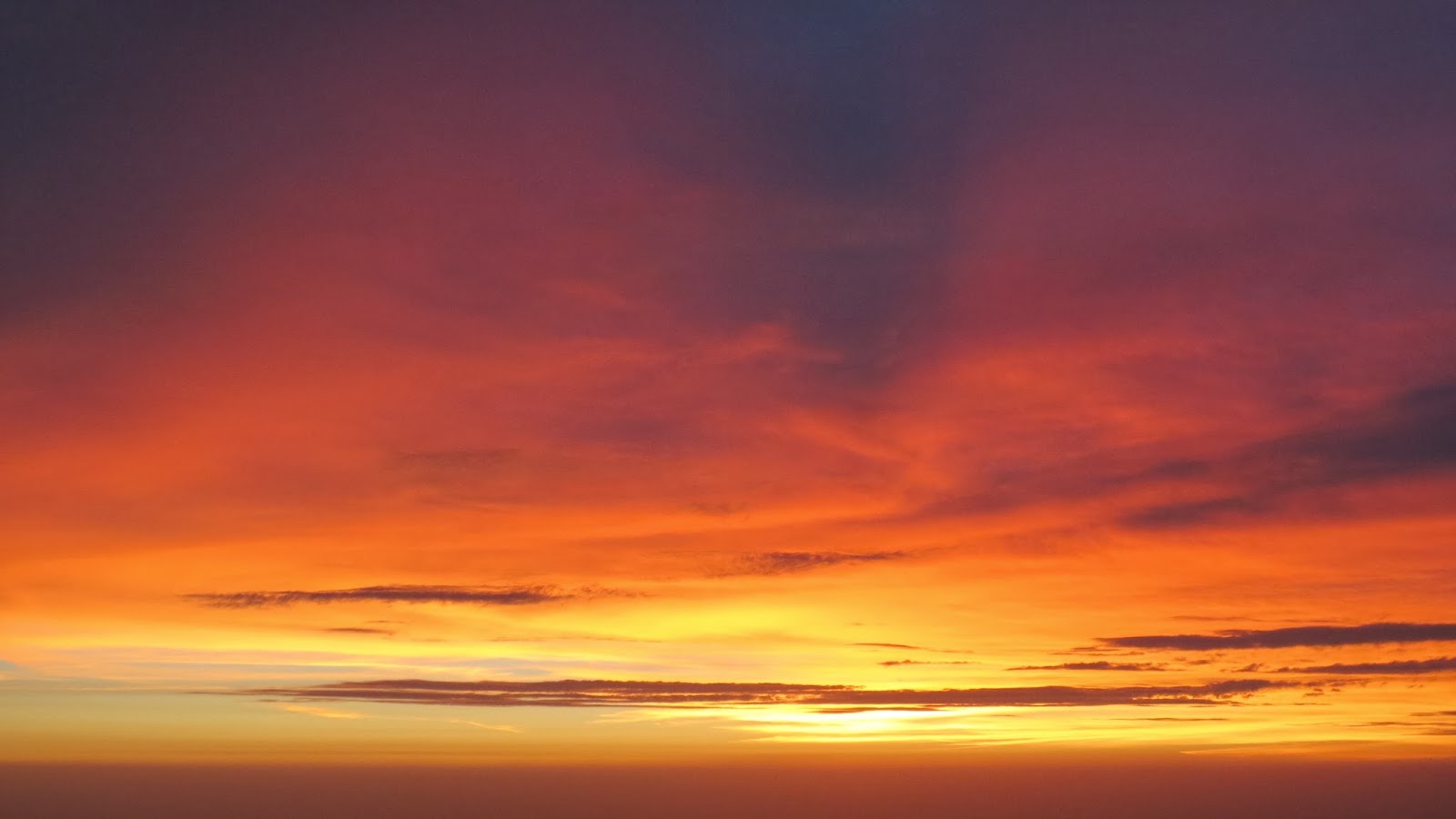 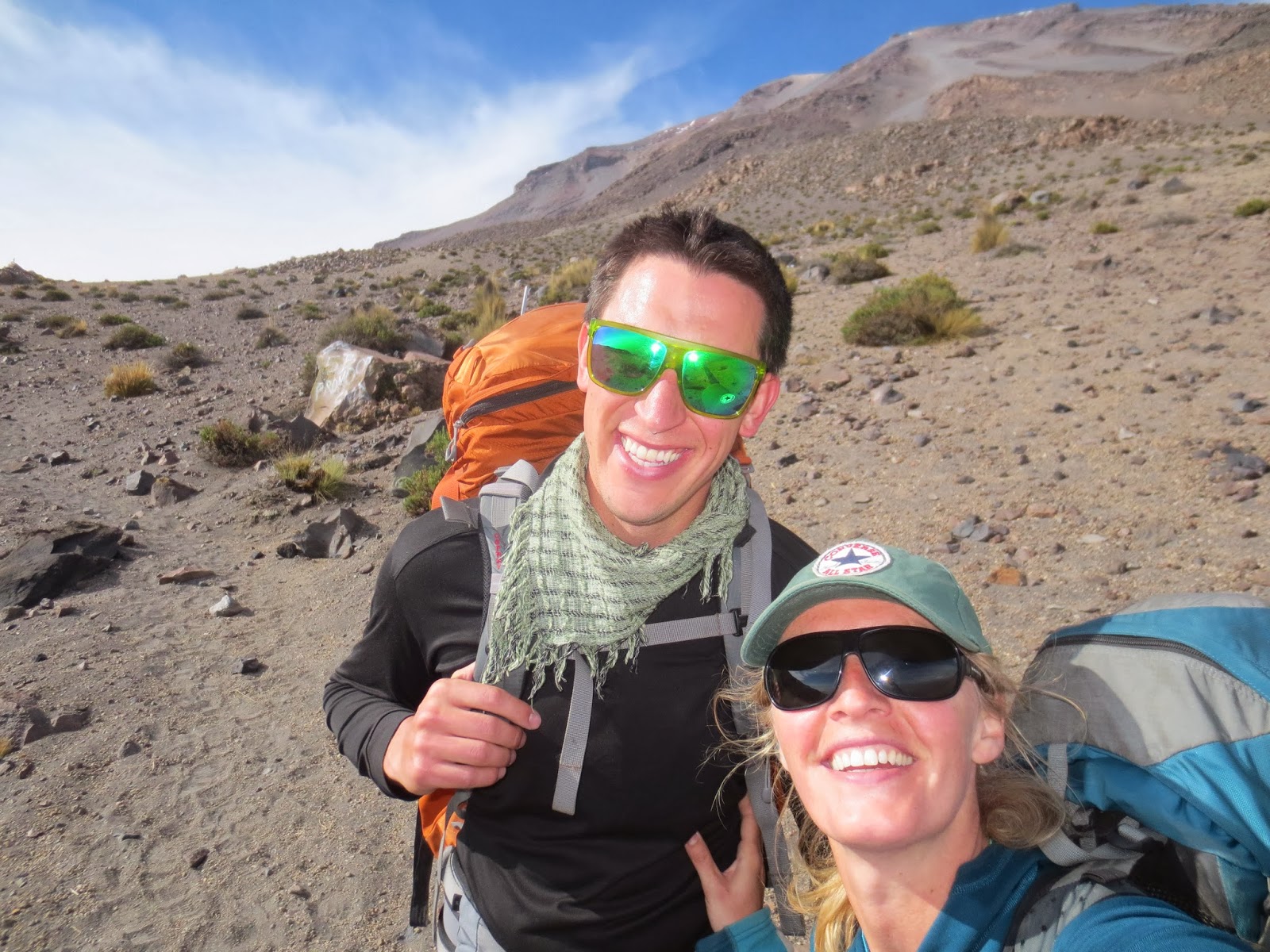 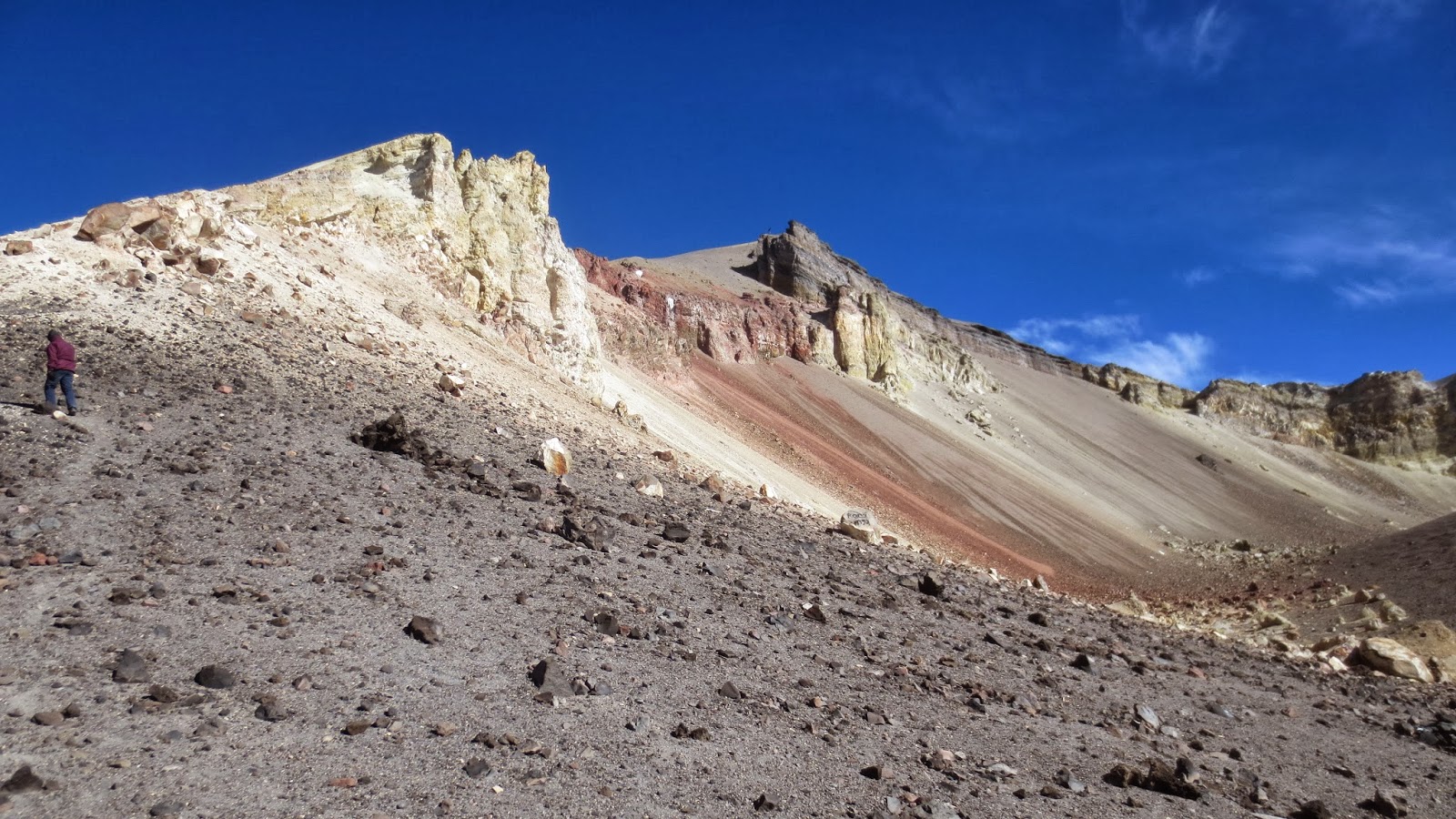 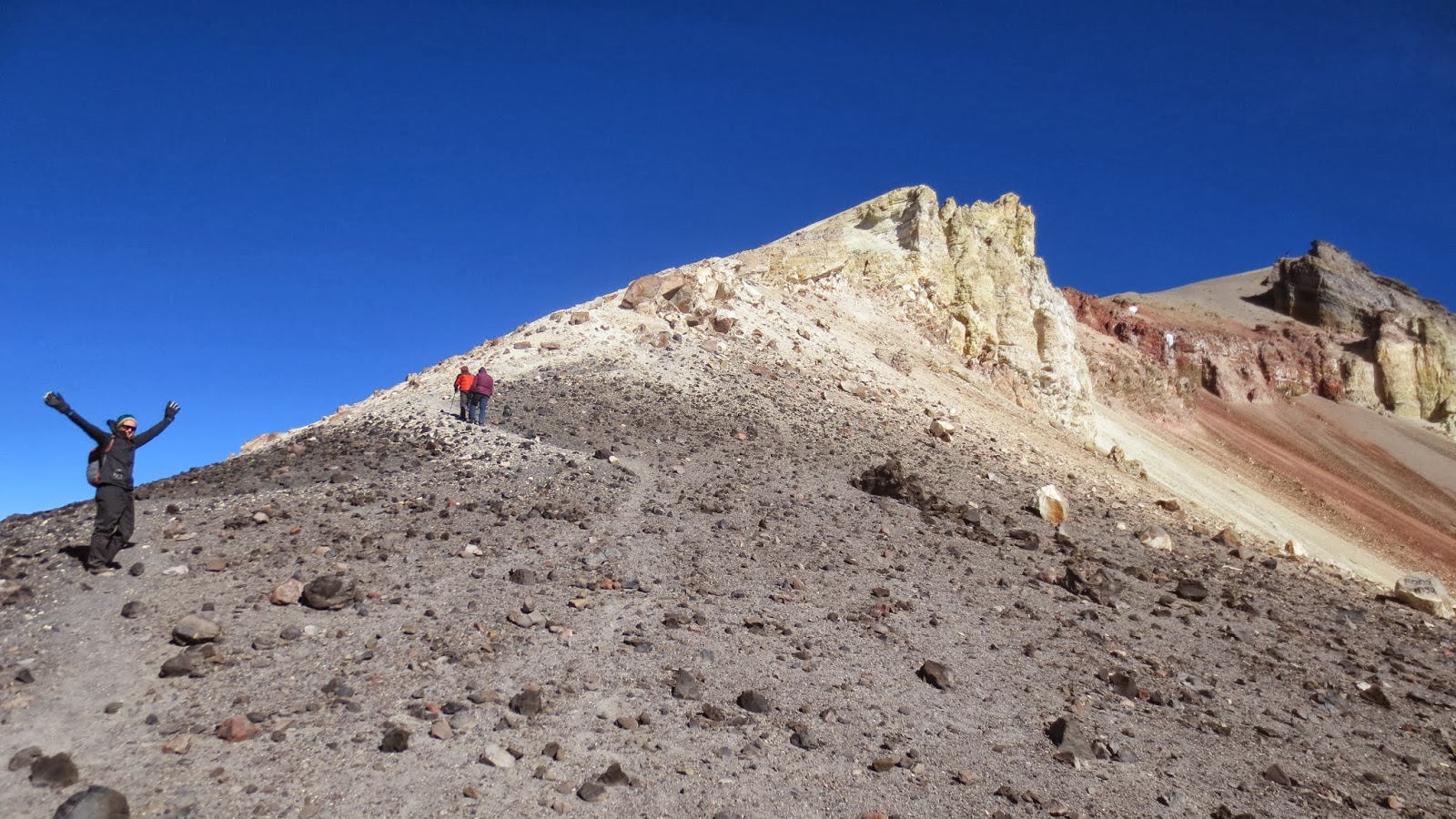 We had apparently carried our ice axes the whole time for the sole purpose of getting photographs with them at the peak because there was no snow or ice that need picking anywhere along our climb. We took many photos and gazed and the beautiful view. There are several other very tall mountains nearby including Chanchani (6075 meters).
We began our descent at 9:00 AM. We would take a different route down much of the mountain. The trail up El Misti followed the more rocky areas providing traction, but the way down the mountain followed the ginormous scree field. The scree was actually more like volcanic sand. It was black with very few large rocks or stones making the terrain ideal for a quick decent. We were able run/ski down the side of the mountain. The sand covered our ankles as we slid down the mountain at a rapid pace. The scree field lasted until almost our base camp. We were able to descend 1200 meters in less than 45 minutes. 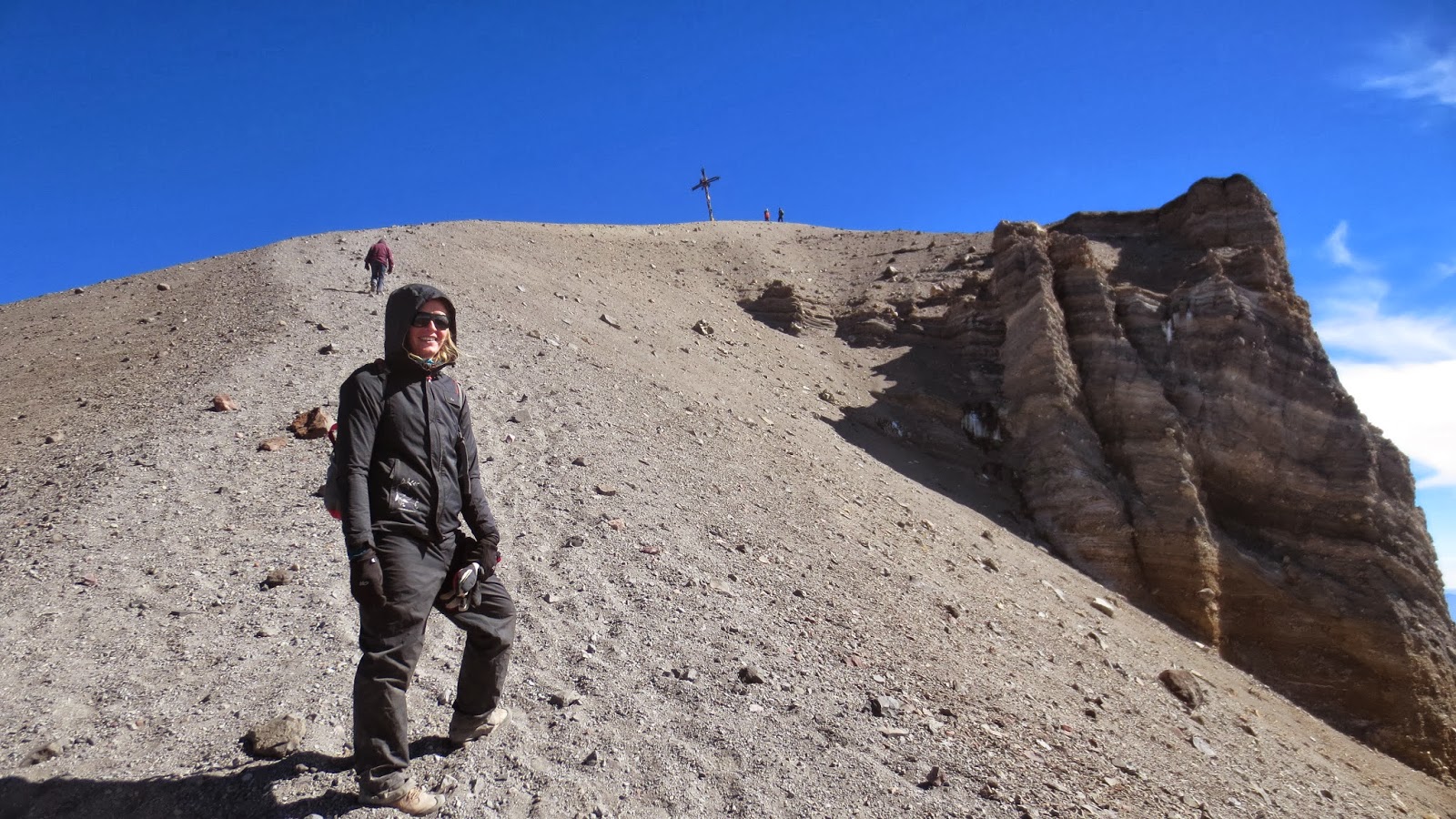 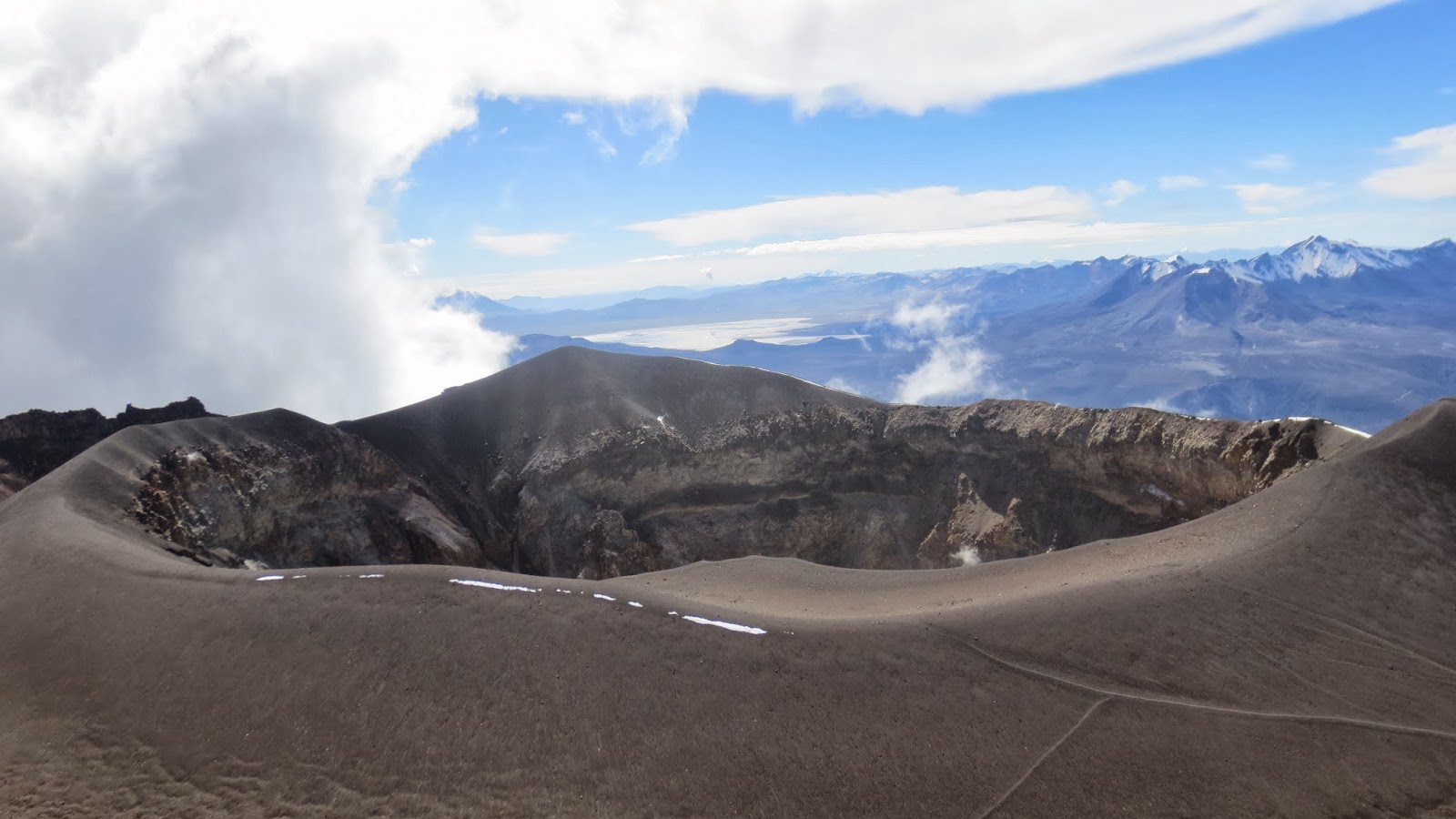 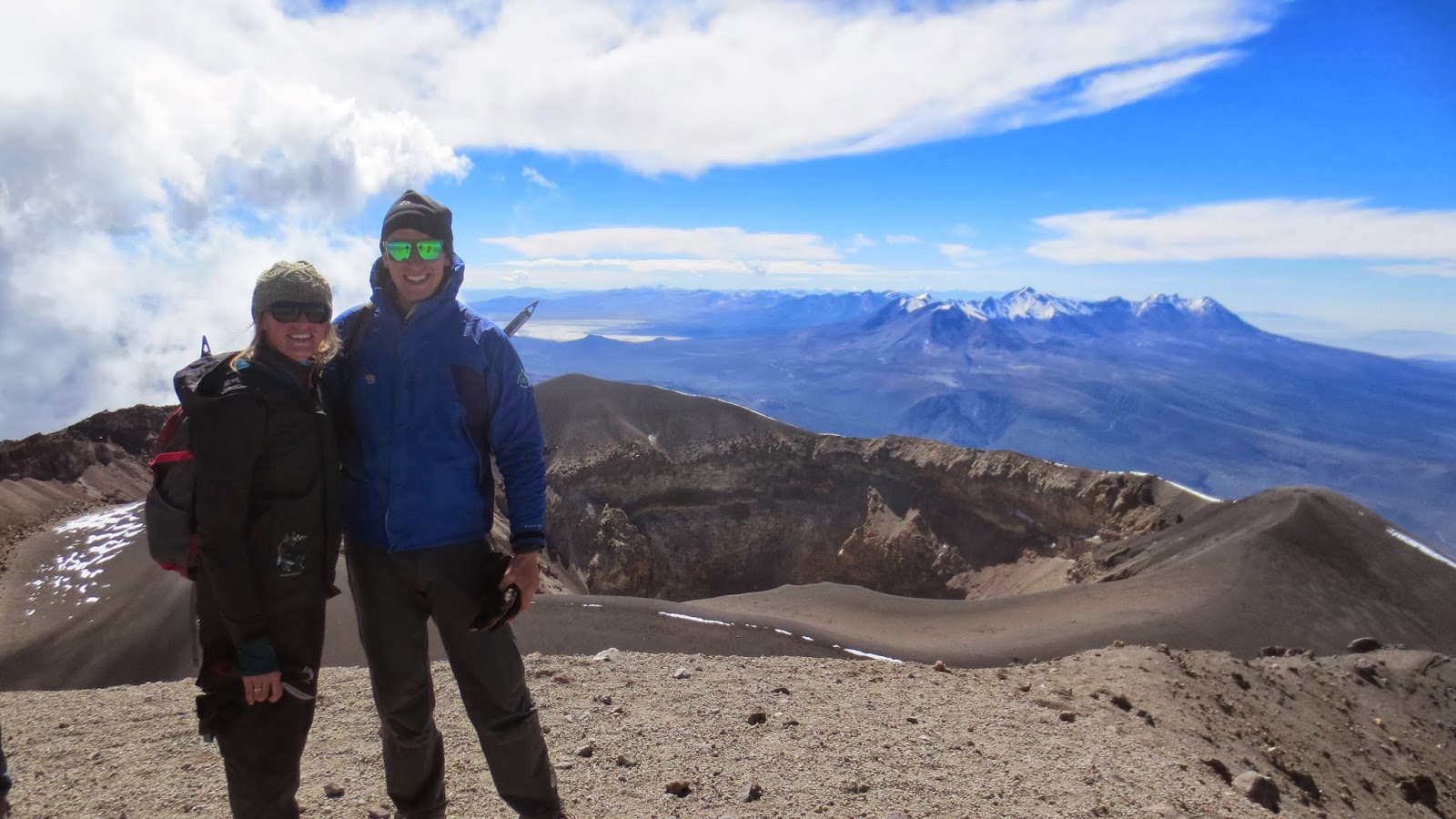 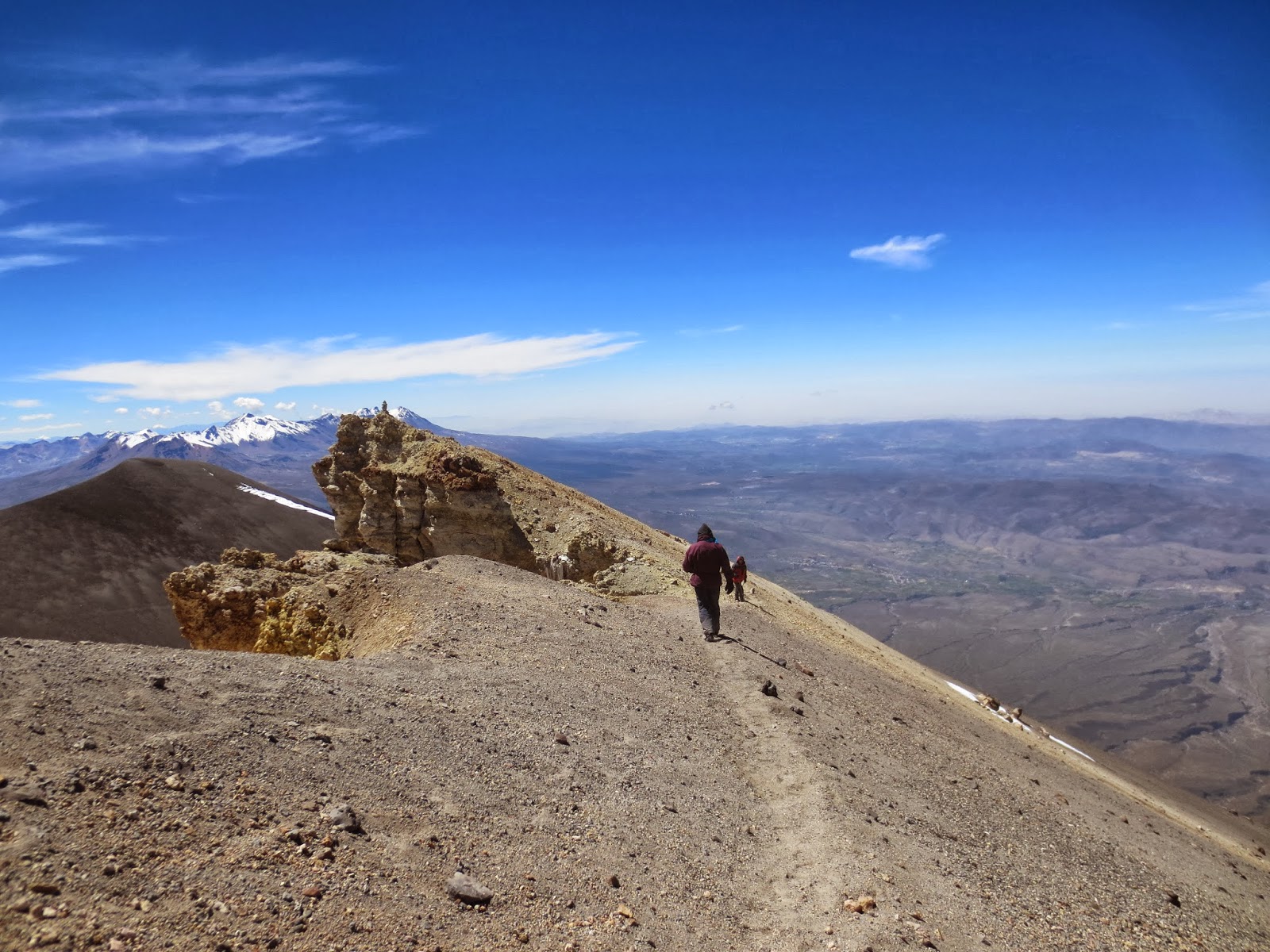 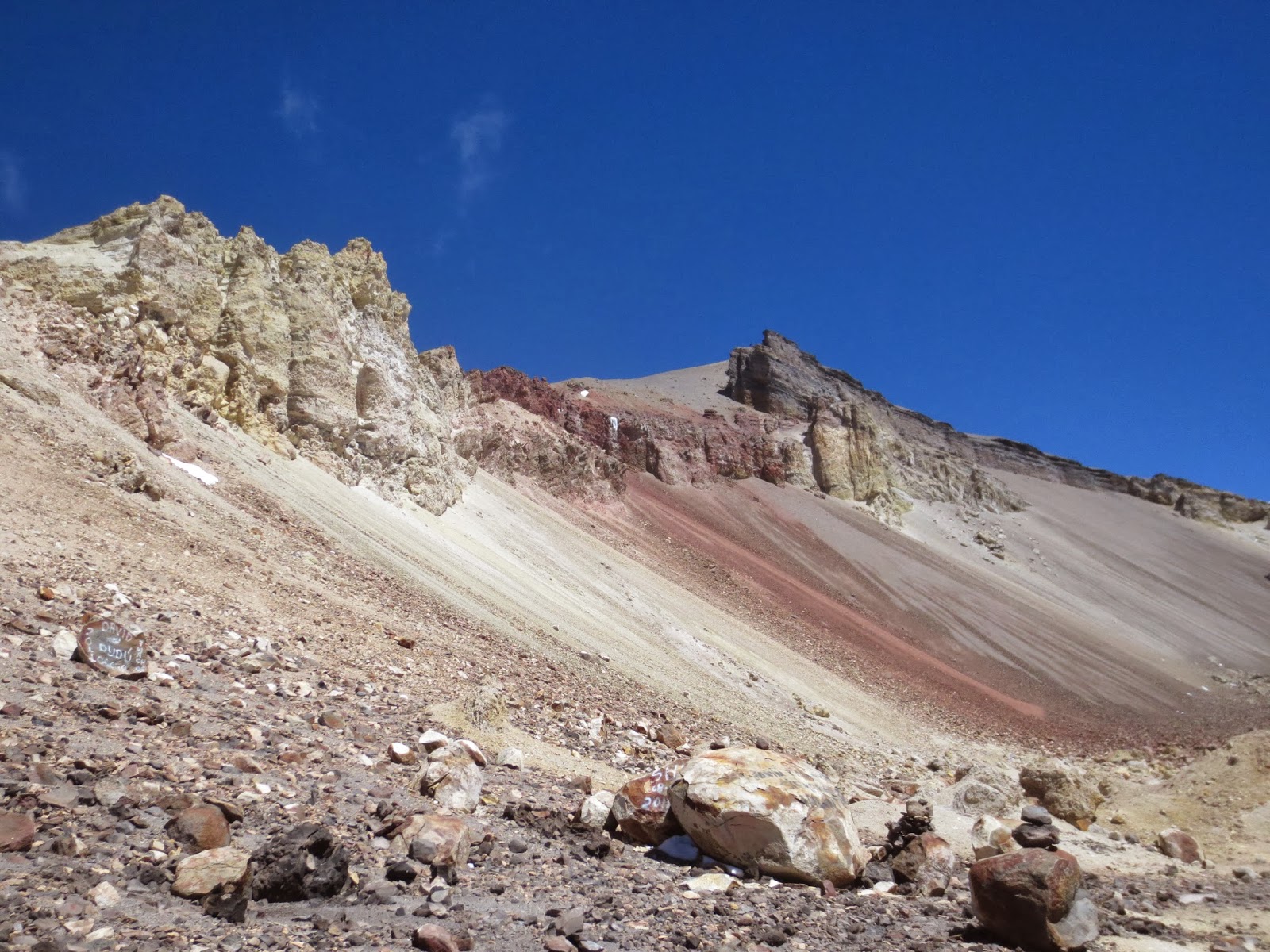 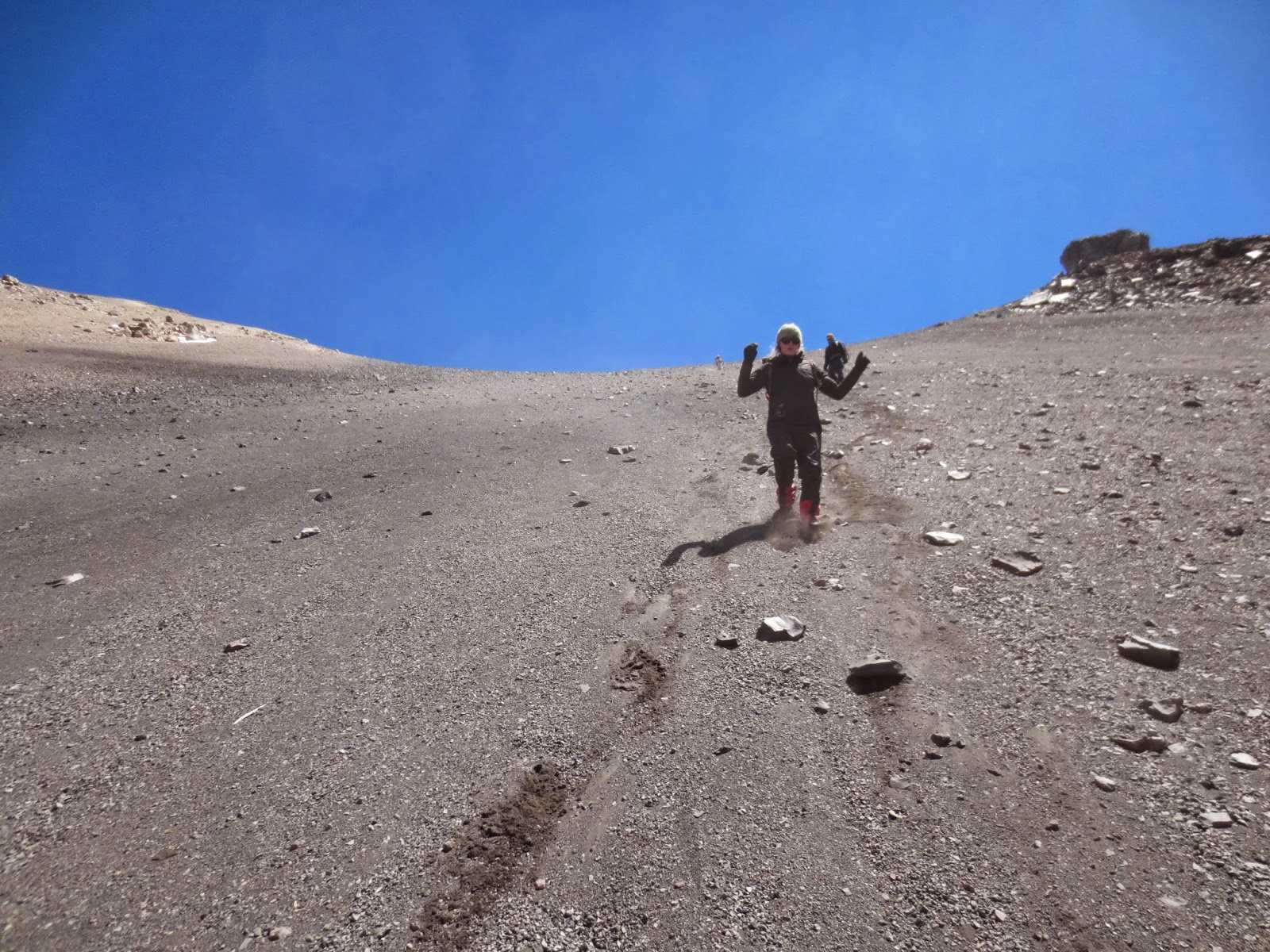 Once we reached base camp we back our sleeping bags and tents, repacked our large backpacks and set off again down more scree that lasted for another 600 meters. The last 5 kilometers we had to hike out. It was very hot and we were exhausted. The suburban waiting for us at the end of the trail was a pleasant site. We had made it! I think that this will likely be the tallest mountain that we ever climb, but it was an awesome experience.
Posted by Unknown at 1:25 PM