Tim:  After three and a half amazing days in Singapore with our friend Cindy, we needed to follow through with our plans to visit Borneo. Borneo is the third largest island in the world and is shared by three countries: Malaysia, Indonesia, and tiny Brunei. In the Malaysia portion their are two different states: Sarawak and Sabah. We chose to visit Sabah with a round-trip flight in and out of Kota Kinabalu. Sabah is also the home of Mount Kinabalu, the tallest mountain in Southeast Asia at 4095 meters. Amber and I chose Sabah largely from our desire to climb Mt. Kinabalu.

We took and Airasia flight from Johor Baru which is across the bridge from Singapore to Kota Kinabalu. We didn't arrive until around 11 pm. We shared a taxi into the middle of town with another couple. We found a place to stay at a run down hotel that was barely passable, but better than the other options we looked at. The next day we did very little. We were trying to plan out the next few days of our trip, but the day was a holiday so most of the tour companies were closed. We only have nine days in Borneo. We were looking into the possibility of renting a motor bike, but the holiday was Saturday and the only motorbike company in town was also closed on Sunday. In the evening we ventured over to a food night market and enjoyed red snapper and other local delicacies.

We settle on a bus to Kinabalu park, the park that contains Mt. Kinabalu. Our plan was to show up in the park in the late afternoon and see what options there were for climbing the mountain.

Our bus left Kota Kinabalu around 1 PM, it was to be only a two hour bus ride. Not long after departing we began gaining elevation into the mountains. An hour into the drive it start raining, torrential rain. In places the road seemed like a river as it was completely covered with several inches of draining water. An hour and 45 minutes into our drive, we came to a stop on an hill. The rain had settled down some, but it was still raining. There was a long line of cars stopped in front of us. After a few minutes we got off the bus to go see what was going on. About 200 meters up the road there was a land slide that had brought mud, boulders, and trees onto the road. There was a small backhoe trying to remove the debris. As we approached we could see other people watching from the other side of the land slide. We heard rumbling like thunder. Within moments the people on the other side of the landslide began backing away and then running away from the area. More debris came down the same shoot and began spilling onto the road. Those of us on this side of the land slide also started running away from the area as we didn't know how much more debris would be coming down. The equipment operator had to quickly back away from the area as well. There was sticky brown mud covering a large section of the road down the hill from the landslide. Our sandals and our feet were covered with mud. After the second slide the equipment operator went back to work, but within a few minutes another small landslide occurred. At this point the equipment operator back away from the slide area and shut down the equipment until the rain and runoff settled down.

I was surprised how small the backhoe was compared to the size of the landslide. The backhoe had what was probably a three sq yard bucket, but the landslide had buried the road in as much as 12 feet of mud and boulders. I knew from looking at the slide that it would take many hours to clear the debris. We went back to the bus and waited for over two hours before walking back up to the landslide to check on the progress. Not much progress had been made. We saw groups of people hiking across the landslide that appeared fairly settled but still had streams of water flowing down it. After some discussion, we opted to hike over the landslide as well and try to hitch a ride down to the Kinabalu Park entrance some 5-10 kilometers down the road. No one could give us a strait answer. So we strapped on our backpacks and hiked over the landslide which was easier than we expected. We waited around for 30 minutes before hitching a ride with a local couple in an SUV who were turning back due to the landslide. The park was only about 6 kilometers down the road. We were dropped off at the park entrance. We were told to check back in at the main office the next morning to see if there were any cancellations that would allow us to have lodging at the Laban Rata Lodge. We found an affordable guesthouse just 200 meters down the main road from the park entrance. 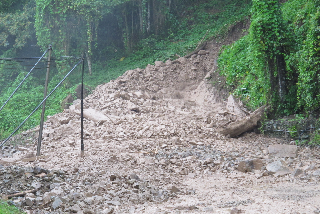 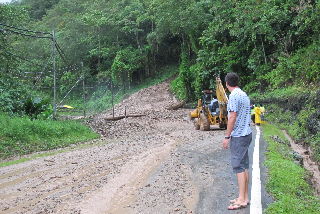 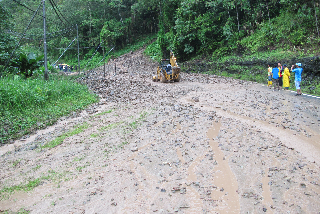 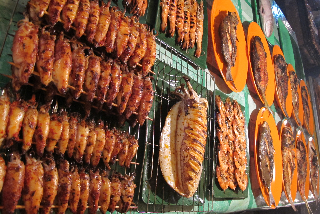 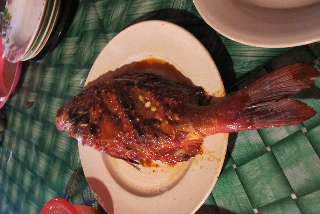 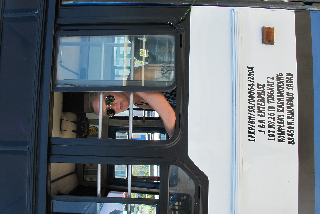 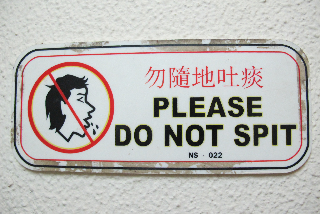 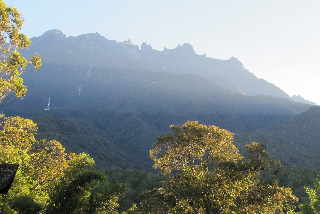 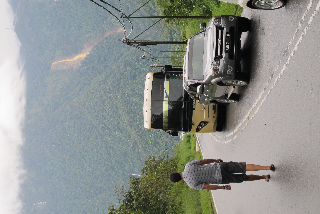 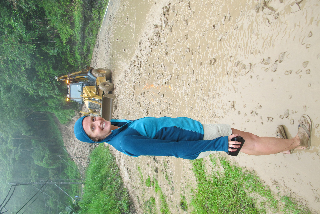 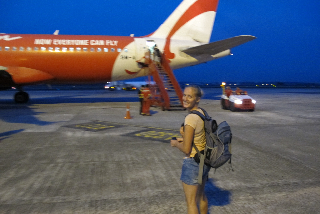