Tim:  Our second day in KL we woke up early to be in line for the limited number of tickets to visit the viewing areas of the Petronas Towers. Petronas is the name of the Malaysian national oil company which occupies much of the buildings. Our first stop was the sky bridge at the 41st floor so 170 meters above the ground. Then we visited the viewing area on the 86th floor. The buildings are 542 meters above ground. The Petronas Towers are the 5th tallest buildings in the world and the tallest towers in the world. There were some awesome views from the top floor, and we got great pictures.

After the towers we took the sky train to a nearby market and Sikh Temple. On the way we went by one of the most popular mosques in KL during the beginning of afternoon prayers. All of the gates were open and hundreds of men and men only were flocking into the mosque. Further down the same road was the largest Sikh Temple in SE Asia. Sikhism is a religion founded in what is today Pakistan in 1604. We had to put on head coverings as well as wash our hands and feet before entering. We received a guided tour from one of the Deacons of the temple. It was an interesting experience. The have like seven different Holy Books which they rotate every day.

Later in the afternoon we went back to the aircon mall at the base of the Petronas Towers and watch the new Avengers movie in 3D. We both really like the movie. For dinner we made our way back to our guesthouse. On Friday nights the guesthouse hosts a freee dinner for guests on their rooftop area. The food was Malay/Indian and was delicious. After drinking a couple of beers in our room, we went to bed.

Amber:   I have to say that the Sikhism mosque tour was one of the more awkward experiences we have had on our travels in SE Asia.  We knew nothing about the religion, and were quite surprised when we arrived at the mosque to see we would be receiving a private tour.  Quite the experience, and one we were not expecting.  We had lots of questions, and our guide did his best to answer them with out making us feel too silly for not knowing!

The next morning we woke up and went in search of breakfast.  We were going to go to the center of Chinatown and have a quick bite of chicken and rice, but once we left our guest house we found the streets choked with protesters.  They were dressed in yellow tee shirts and chanting.  It was a peaceful demonstration, with lots of cheering and laughing.  We pushed through the crowd to find more streets just as crowded.  The only presence of police we saw was a long line of uniformed police men in front of a market, but they were just standing there.  One was even on his cell phone.

We finally found a place for breakfast, and scarfed down some cold noodles and an egg (no chicken and rice was to be found on the crowded streets, and most restaurants seemed to have closed so that they could join the protest.  We went back to our room, gathered our belongings, and went in search of a bus station to make our trip to Malaca.

We had an older version of Lonely Planets Malaysia book, so the bus station listed was no longer the main station.  Thankfully we had lots of people in yellow shirts we could ask directions from!  We ended up needing to take a subway to a bus station on the outskirts of town, and once there easily got a bus to Malacca.  It was not until we had settled into our guest house in Malacca that we realized that the protesters had gotten doused with chemical water from water cannons and tear gas thrown at them from the police.   Scary! 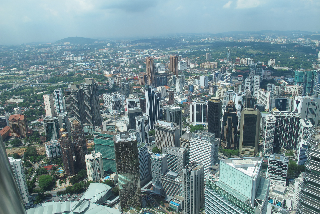 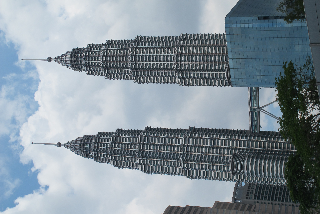 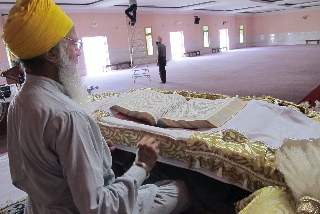 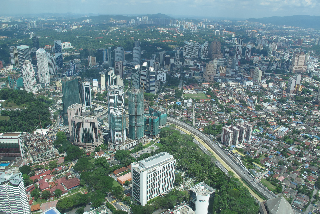 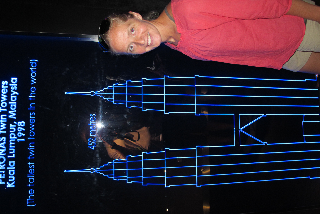 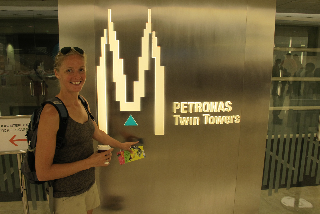 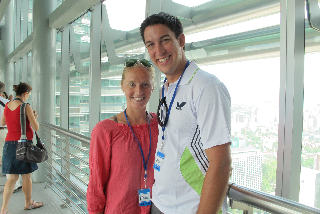 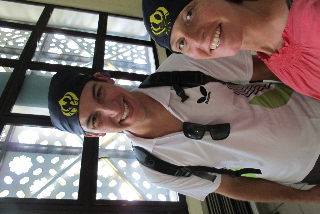 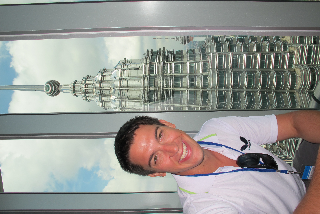 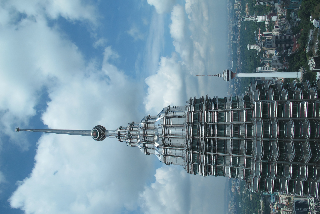