Amber: Due to our bus departing Georgetown so late, we didn't arrive in Kuala Lumpar until ten thirty at night. It was dark, hot, and we were not deposited at a bus station. Just a street. We got out and got our bearings. Thankfully, our bus driver had dropped us not far from the budget district of KL; Chinatown. After finding Chinatown, we started looking for guest houses. The first place we came across was Wheelers. It was highly recommended by Lonely Planet, so we were excited to have found it so quickly. As we inspected the room, however, we were less excited. Shared bathrooms are the norm in Malaysia, but we weren't expecting tiny, worn rooms with little to no furniture aside from a foam mattress on a small bed frame. As it turns out, Tim and I have been spoiled. We went back out onto the street and carried on, looking for something bigger, cleaner, and closer to what we had been experiencing in Georgetown. As it turns out, nothing like that exists in KL. We were given options of bunk beds, dirtier rooms with worn, stained carpet, one of the places had very obviously not had the sheets changed. And they all cost more than the first guest house we had viewed. We admitted defeat, and went back to Wheelers and booked a room.  We broke out our silk travel sheets, just in case.

The next morning we got up early and found a place for chicken and rice for breakfast.  We're not sure if it's becoming our favorite or if we are sick of it.  It's a toss up.  The restaurant we went into was packed, so a nice elderly man offered to let us sit with him and tell us about what to eat.  He recommended the chicken and rice. We shared an order, and also had a dish of Rojak,a red bean peanut sauce over deep fried and vegetables, noodles and shaved cucumber, and two iced coffees.  Not a bad start to our day!

Tim:  We opted for a self-guided walking tour of Chinatown with its old historic buildings. We visited our first Hindu temple and a Chinese Temple as well. We then walked over to the state mosque of Malaysia. Amber and I had to put on robes because we were wearing shorts and Amber had to put on a head scarf. I think it might be a new look for Amber. This was the first time either of us had been in a mosque. We walked around the complex and took pictures, and even read some pamphlets about Islam.

After the mosque we ventured over to the Islamic Museum of Art. The architectural exhibits with models of all the major mosques around the world was the most interesting. We had skipped lunch so we were starving by the time we were done with the museum. We started dinner with lime and salted prune juice which is actually really delicious and would make an excellent margarita mix. After that we had chicken curry puff pastries followed by BBQ pork and rice and a interesting floor noodle dish with minced pork. Beer is fairly expensive here so we have not been buying drinks when we go out to eat. I found some cheap Dutch beer in the convenience store so we took those back to our room. 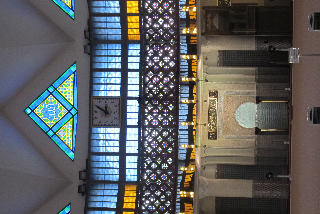 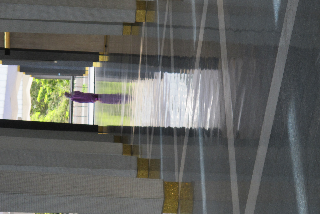 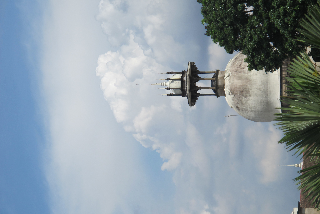 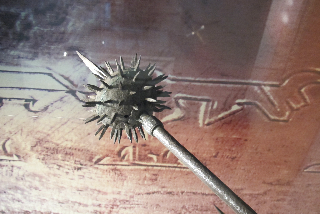 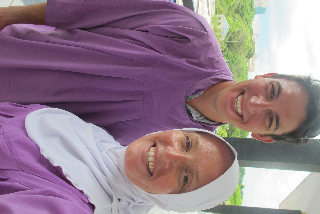 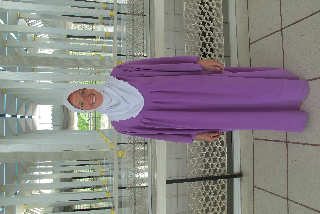 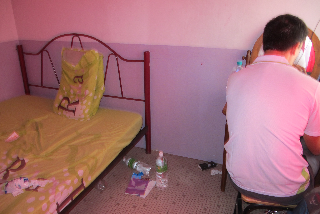