Amber:  We finally made it to Phu Quoc Island!  I have been pestering Tim about going there since we were in Halong Bay.  The island is beautiful.  We arrived at about ten thirty by speed boat and hired a motor bike taxi to take us across the island to a small guest house that was under the 'budget' category in Lonely Planet.  The going rate for a motor bike taxi was about $2.50.  We were planning on using a local bus, but there seemed to not be any available, so I got to climb on the motor bike in my little sun dress.  As we bounced over the rough road, I decided that travel days were no longer 'dress' days!

The budget guest house ended up being $20 - the most we've spent the entire three months we've been in SE Asia!  It was in a pretty garden, complete with a peacock, monkeys and lots and lots of orchids,  and had wifi, so we decided to splurge.  That, and it was a long way from any other guest house and we decided beach time sounded more appealing than trekking through the heat in search of a more affordable place to stay.

Tim:  The last few days have been speed travel. After selling the motorbikes in Saigon, we had four days before we had to be out of the country. First night, My Tho, the Can Tho, then Rach Gia, the Phu Quoc. Four different places in four nights.

Phu Quoc Island was nice. We wish we had more than one night to spend there. The beaches were amazing and almost deserted. Amber got to hold a baby monkey at the restaurant where we ate lunch. We rented a motor scooter and cruised around the island. We found a night market for dinner. We tried sea snails for the first time. They tasted pretty similar to clams and we just as tough. Later we walked through the night market. Pearls are a major product here. I bought Amber a nice pearl necklace and earrings.

Last night we were not sure if we were going to be able to make it off the island as our hotel told us that the boats were all full today because of a Vietnamese holiday. Later in the evening we found a different booking agency that said that they could get us on. I asked how this was possible as we were told the ferry boats were sold out for today. He said they had advance bookings. I didn't really believe that was the case.

This morning we had to be ready by 7:00 for our van ride to the pier for an 8:30 at departure. The van arrived at 7:30. We had time for coffee and a Skype call to my grandma Katherine in Juneau.

We were on the boat by 8:20. The boat company is called Superdong, a fitting name I guess. Our assigned seats were already occupied by two Vietnamese people. I asked a purser who directed us to two other seats across the aisle. At 9 oclock we still had not left the pier. We were told that the police were there and not letting the boat depart because it was filled beyond capacity. The vessel will hold 120 passengers, but there were more like 140 on board. This was evident by the metal stools in the main aisle. Two Western foreigners who did not get a seat were arguing with the boat staff about them getting off the boat. The were sitting on the stairs. After an argument that lasted more than 20 minutes, they were literally pushed off the boat. They appeared concerned that they would not get their luggage as it was stored on top of the boat. A few minutes later we pulled away from the dock only to immediately turn around an return to the same dock again. After more time had passed a crew member came down an yelled in Vietnamese to everyone on the boat something that I did not understand. I am pretty sure he said something to the tune of, "this boat will not leave until more people get off the boat. " After another 20 minutes people started getting off the boat. Including a motor scooter that had been stored on the roof. We finally left the dock at 10:00 am more than an hour and a half late. 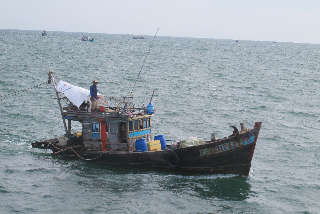 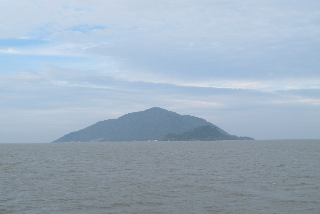 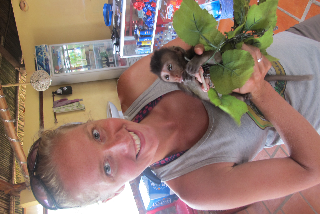 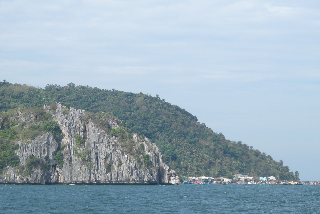 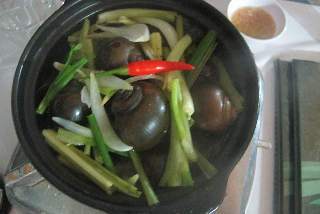 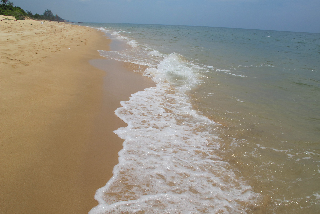 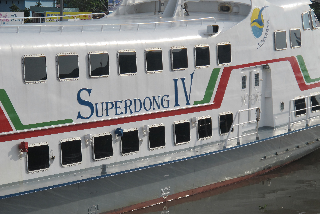