Tim:  Traveling by train is always more enjoyable than traveling by bus. We can walk around, and the sleeper trains have full bunks for each person with sheets and pillows. The train arrived more than an hour later than it was suppose to. After we got out of the train station the five of us (Rico, Justin, Joe, Amber, and I) caught a truck ride into the center of town. Even though it was the day before the festival officially started our truck drive closed the side windows on the truck bed cover to keep people from throwing water through the sides. On the back of the truck was open and it is not uncommon to have people run into the street and empty entire buckets of water onto the people in the back of the truck. We were a little concerned because of bags with our computers, electronics, and everything else. We ended up only getting a little splashed with mainly squirt guns. Because of the festival it took a few minutes to find a guesthouse with available rooms. We ended up being split up between three guesthouses. After getting settled, we changed into different clothes and prepared for a water fight.

First we went to a restaurant on the main road next to the moat for some Khao soi before starting. Khao soi is amazing! It is a red coconut curry dish with egg noodles, deep fried noodles, chicken, and onion. It is similar to the red curry you would have over rice, but in this case you just eat the curry as if it were soup. I had Khao Soi no less than 6 times while we were in Chang Mai.

The afternoon was spent standing at a main intersection along the moat. We bought one large squirt gun and 3 quart buckets for everyone with a rope attached so you could fish water out of the moat. As people walked or drove past on tuk tuks or trucks we would splash or "face clap" or "back clap" as Rico and Justin referred to it. The consisted of through water at peoples face or back as hard as you physically could, and the sound the water made as it hit the usually unsuspecting person was a loud CLAP! Fun...!

This habit of arriving at our same location on the moat carried on for four days. After lunch we would make our way to the moat and splash people with water all afternoon. We also received our fair share of getting dowsed with water. The streets were crammed with people and vehicles sharing the road. Many people would walk down the main streets and subject themselves to almost continual dowsing. Other stood along the moat along the moat and handed out their "blessing."

It was over 90 degrees each day while we were in Chang Mai, so getting dowsed with water shortly after leaving the room was a nice way to stay cool. By the fourth day my clothes that I had been wearing each day smelled of soured moat water.

Amber:  We could not have been in Songkron with more perfect companions.  Justin, Rico and Joe found the water festival just as fun on the last "face clap" on the forth day as they did on their first dousing the day we arrived.  We were the loud, fun, crazy Americans on the side of the corner of the moat that surrounds the old city of Chaing Mai.  We would laugh and laugh at the joy of dousing some poor, unsuspecting person as they walked by or drove past on a motor scooter or in a tuk tuk.  People either armed themselves with mote water or with tap water held in a garbage pale with a nice block of ice.  People either had cold water or dirty water.  We were the ones with dirty water... an endless supply of water from the moat that literally had street water (and probably sewage) flowing into it.  There was a dead, bloated rat floating in the moat a ways down from where we were stationed.  After the first dousing, you didn't really notice the smell.  You just tried not to swallow any.  We started by purchasing one super soaker that could span the whole street and the rest buckets, but soon realized that it was much more satisfying to just blast people in the face or back with a bucket of the dirty moat water.

There needs to be more celebrations in Anchorage, Alaska like Songkron, we had a blast! 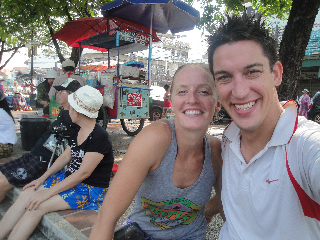 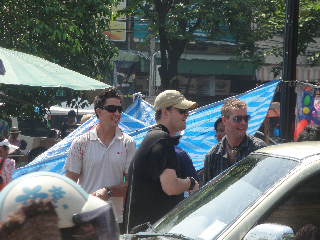 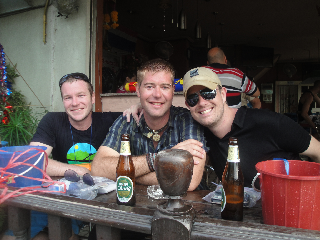 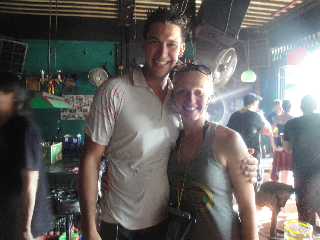 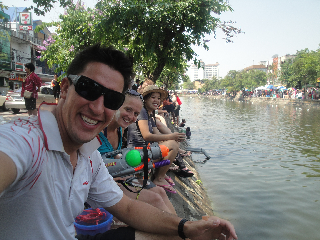 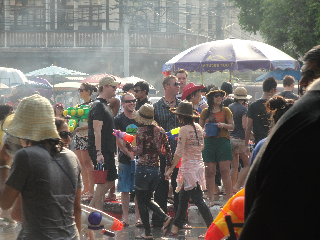 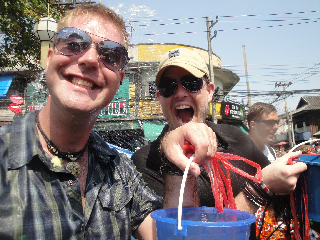 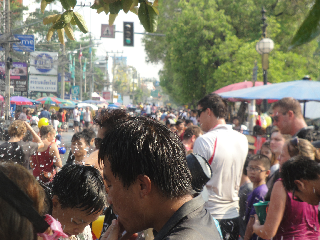