Tim:  On our third day in Georgetown we opted to rent a motorbike for $8.25 per day. We headed out towards the north of the island where there was a national park with hiking trails out to a nice beach and a light house. We dropped our bike off at the park headquarters and began the one and a half our hike. The trail followed along the edge of the water through dense jungle. We went swimming at "Monkey" Beach. The water was the warmest ocean water we had ever been in. It was more warm than cold. The water temperature was actually warmer than many of the showers we have had in SE Asia. After our swim, we continued along the beach were we saw the wild monkeys that give the beach its name.

Another 30 minute hike up the side of a hill and we reached the lighthouse which had nice views of the island. We hiked the same way we came in. After our hike we returned to the same hawkers stalls for dinner. This time we had an amazing oyster omelet and Asam Laksa, a sweet and sour Malaysian soup with noodles and fish. The hawker stalls were located right next to the largest mall on the island so we went to the movie theater and watched Wrath of the Titans, which wasn't worth the time, fortunately we only paid $3.33 each.

On our fourth days we slept in, had chicken and rice again for brunch. We scheduled a bus ride for 3:30 in the afternoon for Kuala Lumpur. We had four hours before our bus so we took the motorbike to the botanical gardens. We saw two varieties of monkey, several monitor lizards, and the biggest beetle I have ever seen. We went to a late lunch at the mall because of the aircon. We tried some more Laksa as well as Malaysian pastry puffs with chicken curry. After that we head off to meet our bus.

Amber:  The hike out to the light house was beautiful!  At first we weren't sure if we wanted to just laze on the beach and catch some rays or attempt the 5 miles in the 90' heat.  We decided to be ambitious and do the hike.  It was through the jungle pretty much the whole way, so we were able to stay cooler than we though we would.  We were still dripping sweat tho.  It is so hot here!  The only sun we saw was when the path lead us to a beach.  We took the opportunity to go swimming.  The water was ridiculous!  It was seriously the temperature of bath water!  So much for cooling down, but it was still fun to go for a dip in the ocean.

The next morning we got up late, as usual.  Chicken and rice for breakfast, then we took the motor scooter over to Georgetown's botanical garden, then rushed back to the travel agency where we had booked our bus to Kuala Lumpar.  It was only going to be five hours, and we were stoked when the mini van taxi dropped us off at the bus terminal.  The bus was empty, and had the biggest, most reclining seats we've ever seen.  We left Georgetown and went over to Buttersworth, to gather more passengers. We assumed.   Our bus was supposed to leave by 4:30pm, but we waited and waited.  And waited!  We remained the only two people on the bus.  And it stayed put.  Finally, a single lady boarded.  It was five thirty.  The bus driver gave up on filling his bus and we left the terminal.  The bus had 32 seats, and only three were filled.  It was a quiet ride to Kuala Lumpar! 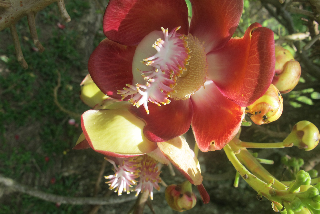 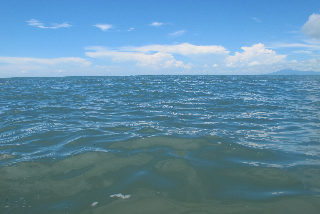 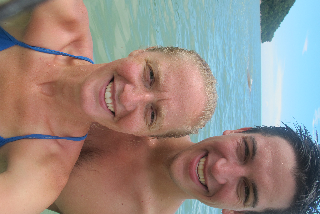 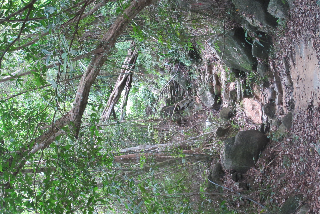 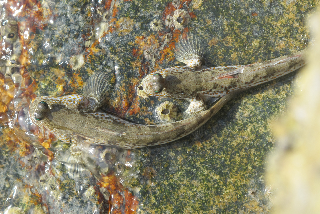 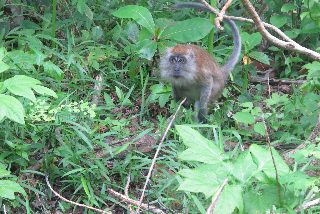 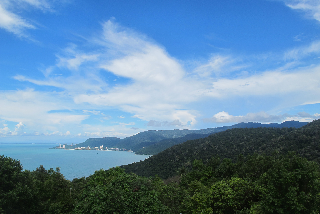 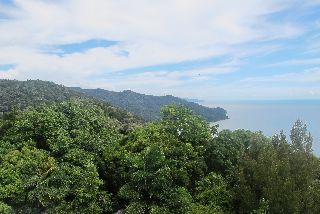 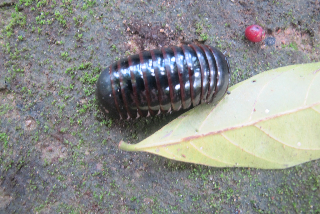 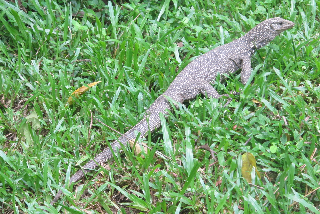 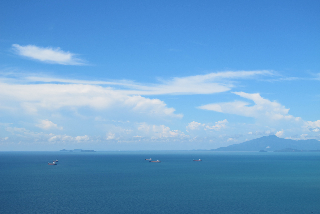 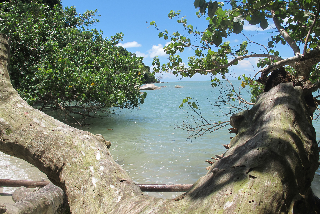 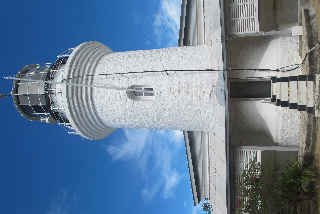 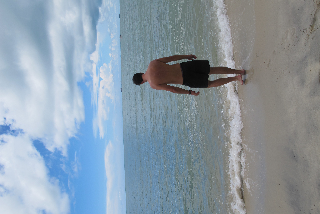 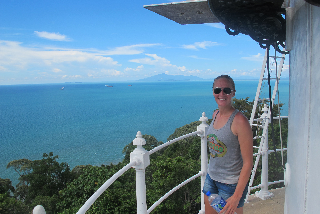 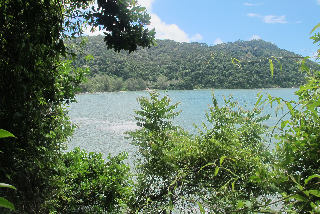