Tim:  Our original plan was to do a floating market tour beginning at 5:30 this morning. Apparently, the best time to see the markets is in the very early morning. We set up the tour last night and put down a $5 deposit for the two of us. In the restaurant we ate dinner at, we had overheard talk of a storm heading our way, so I checked the internet for more info. I was woken up at 4:30 this morning to the sound of thunder. Within just a couple of minutes the thunder got louder and the lighting strikes became visible. I woke Amber up just as the wind picked up and the rain began to pour. Our room had a balcony and the wind began to blow rain water underneath the balcony doors. We lifted all of our belongings off of the floor, as the whole floor became covered in water. The worst part of the storm lasted only about an hour. Within two hours most of the action was over with. We missed our tour and lost our deposit, but we were not complaining much.

We caught a 10:00 am bus out of Can Tho to Rach Gia with the plan to make it to the ferry to Phu Quoc Island on the last ferry at 1:00 PM. Our driver was really slow, and we arrived at the bus station right at 1:00 PM. We quickly jumped on motorbike taxis and headed for the pier. We watched the ferry pull away from the dock as we drove up....disappointing! I decided this was the first time in my life that I can recall missing a connection like this. With no other options, we found a hotel right near the pier. The next ferry isn't until 7:30 tomorrow morning.

We found a street vendor for lunch. We had a unique noodle dish that consisted of thick noodles with pork sausage balls, fish sauce, seasoned rice noodles, chilis, and a coconut cream sauce. It was delicious! After that we went to a cafe for a nice cup of coffee and tea. On our walk back we check out the statue of Nguyen Trung Truc. He was a resistance fighting against the invading French in the 1860s. He  lead a raid that successfully burnt the French war ship "Esperance." There is a remake of the same warship next to the temple that was built in his honor. In 1868 he turned himself into the French after they kidnapped his mother and other civilians from his village and threatened to kill him if he did not turn himself in. He was executed in the town square by the French.

After spending a few hours in our room we were getting ready for dinner when we heard more thunder out the window. We looked out our window to see huge dark clouds rolling in. I told Amber it was getting ready to start raining, so we should get going. We grabbed our rain coats and got ready to head down stairs; it had already begun raining. By the time we reached the ground floor, the rain was torrential with 35 mph winds, thunder and lighting everywhere. Some people were caught outside in the storm and were soaked instantly. We just stood under the protection of our hotel and watched for 20 minutes. The most intense part of the storm had already subsided. We went back to our room to wait out the storm for a while longer hoping to continue our original plans of finding some dinner. 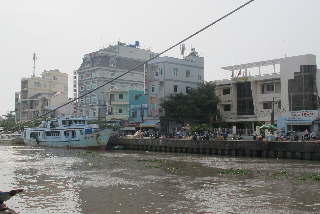 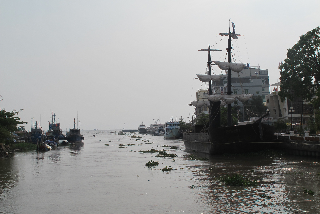 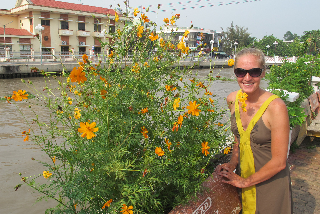 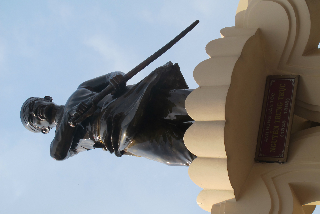 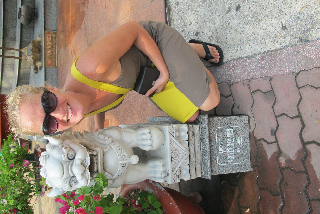 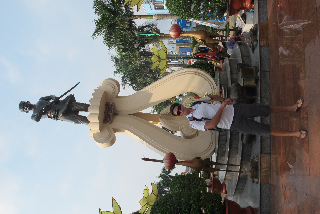 Email ThisBlogThis!Share to TwitterShare to FacebookShare to Pinterest
Labels: Can Tho, Pakhar Typhoon, Rach Gia, Vietnam