Tim:  We had a wonderful three day visit in Koh Tao. We were able to book last minute sleeper train tickets from the mainland down into Malaysia. We took the slow boat from Koh Tao back to the mainland city of Chumpon. We had a few hours to wait before our train so we grabbed food and beer at a nearby night market. Once we got on the train we went in search of our bunks. A purser helped us find our bunks, but It appeared the entire train staff was drunk. He was stumbling down the isle and had a hard time locating our bunks numbers even though they were obviously displayed on the privacy covers. We found our bunks, but they still had dirty sheets from the people who had vacated them in Chumpon. We had to flag down two different pursers before we finally got our bed sheets changed. The pursers appeared drunk as they were stumbling and giggling. I tried to help change the sheets on one of the bunks, but apparently messed it up so the purser went back for a new set of sheets. Our original reservation only had us booked to the boarder town of Hat Yai, so at 7:00 in the morning we had to get off the train and go into the station to book the continuing portion of our travel to Georgetown, Malaysia. We had to rush but we made the train again.

The boarder crossing went without issue. You can get into Malaysia without a preplanned visa. We arrived in Buttersworth the mainland city next to the island of Penang where Georgetown is located a little after one in the afternoon. From there we walked to the ferry terminal. We only had to wait five minutes for the next ferry to depart. The ferry ride was only 20 minutes. We walked to China town where the Lonely Planet Guide said most of the budget guesthouses were located. We settled on a room with aircon and a shared bath for 40 ringit or $13.30 a night. After getting settled we went out for the Malaysian famous chicken and rice which is pretty much just what it sounds like, but it is delicious and really cheap, about $1.50 a plate. We were really tired from our travels so we took a few hour nap. Four dinner we found a great Indian food restaurant and had honey chicken, tandoori chicken, and butter cheese nan, delicious!

Amber:  The first morning in Georgetown we got up, had some chicken and rice for breakfast, and did some of the Lonely Planets walking tour of Chinatown.  We were able to go to several temples, a mansion that was converted into a museum, the old army fort built when the English had control of Georgetown, and another museum.  Very informative about the diversity in Penang, and it gave us a bit of a barring on Malaysia as a whole, as well.  For their coffee, for example, instead of roasting the beans, they fry them in butter and sugar!  Sounded yummy, but upon tasting it, we still find Vietnamese coffee, hands down, the best either of us have ever tasted.  Sorry Kaladi's.

We found ourselves standing at a bus station for quite some time only to be told that they had shut down for the evening.  It was at that point that we realized we had lost an hour when we moved over to Malaysia from Thailand... no wonder things kept shutting down on us while we were out and about the evening prior!  We took a cab up to a bunch of hawker stalls and had some Malay food.  We asked our taxi driver what he recommended.  Once at the hawker stalls, we tried his suggestion, as well as some other dishes.  Not quite as good as the Indian food we had had the evening prior, but an experience just the same!

After dinner, we went to the beautifully airconed mall and splurged and watched a movie.  The bus was still shut down when we were done with the film, and we are cheep, so we walked back to our guest house.  It had cooled down, so the walk back was pleasant, but thunder and lightening in the not to far distance made us hurry the several kilometers 'home'. 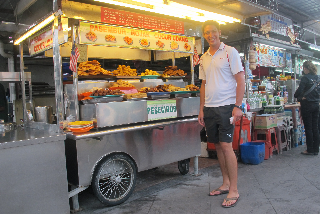 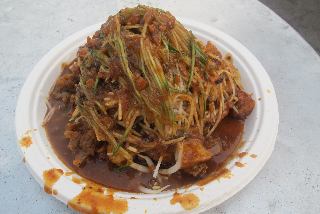 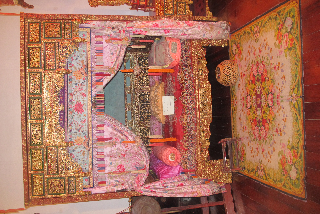 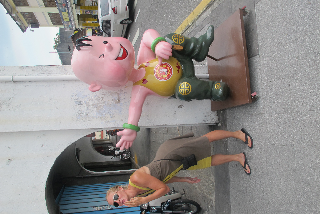 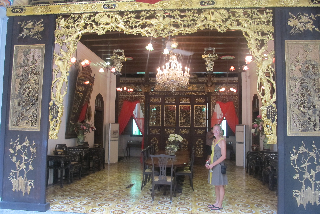 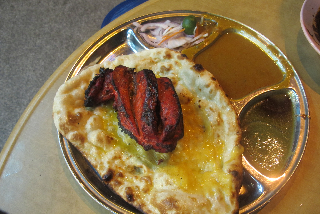 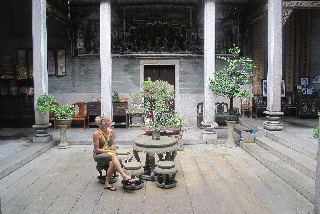 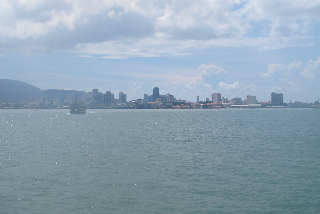 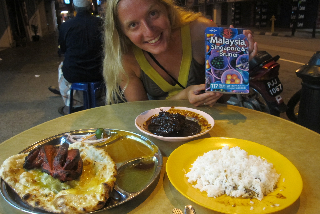 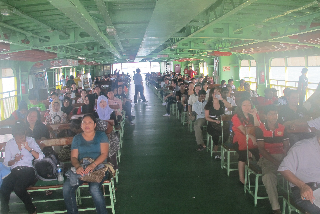 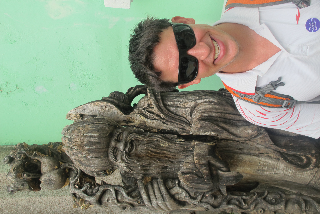 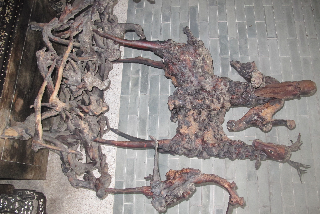 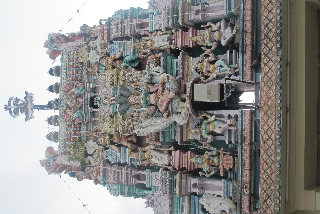