Amber:  After the hustle and bustle of Vietnam, Cambodia has returned us to the relaxing pace of Laos.  We arrived in Kampot after a long day of travel.  The bus driver dumped us out on a street that followed the river at about four pm.  There was a little restaurant on the corner promoting 0.50 beers, so we decided that our day of travel deserved a pint before we went in search of a room.   While we drank our beer we researched places to stay, but everything referenced around the street corner we were on seemed to be gone and replaced by something new.  Our Lonely Planet book was published in 2010, so probably researched in 2009, hence the discrepancy.   We ended up just walking up a block and finding a clean room for seven dollars.  Cambodia is primarily run by diesel fueled generators, so electricity is extremely expensive.  Thus, it was twice as expensive to have aircon, so we opted for just a fan.
We went back to our little street corner for more  0.50 beers and decided to splurge on some tacos for dinner; they were $4.50.  The most we've spent on food in a long time!  We decided to call it an early night and were back in our room by seven.  Life is rough!
The next morning we got up, had breakfast at an interesting little hole in the wall restaurant, and rented a motor scooter.  Our goal was Boker Hill Station, some 40 km from Kampot.  I had driven Tim around while in Vietnam on the back of my bike for a bit, but it was along a straight road.  We decided I needed more practice driving with someone else on the bike, so I drove on the way up the mountain.  I was very shaky to start out!  The bike is very wobbly with Tim's extra weight, and my first challenge was to drive across a narrow bridge with lots of pot holes.  Traffic was, of course, hectic.
Having survived the bridge, we carried on up the road to Bokor Hill.  It was beautiful!  As we left Kampot behind us, we could see the ocean.  The mountain that we drove up was covered with rain forest.  So pretty!

Tim:  Bokor Hill Station is an abandoned French Hill Station that included a Catholic Church, Hotel, Casino, and other outbuildings. All this located inside Cambodia's Bokor National Park on top of the 1000 meter high Bokor Mountain. A new road up the mountain has just been completed because of a huge resort hotel project being built just a few kilometers from the original station. We checked out the old buildings. A first we couldn't find the hotel/casino because it is actually in the process of being restored to its former glory by the same developers building the resort nearby. The hill station was built in the 1920's and had been the sight of several battles between Cambodia and the Vietnamese. At one point the Khmer Rouge were held up in the church while the Vietnamese shot at them from the old hotel.

It was quite foggy as we were up in the clouds. It actually started pouring rain at one point. I drove on the way down. I was able to shut the engine off and coast done the new road. We coasted for almost 20 kilometers. 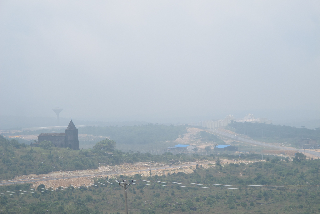 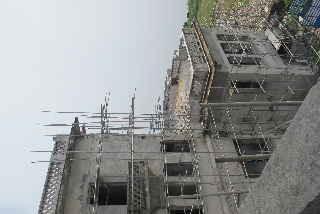 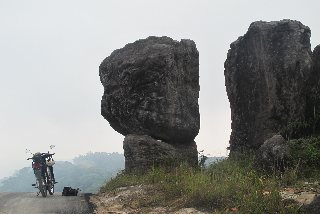 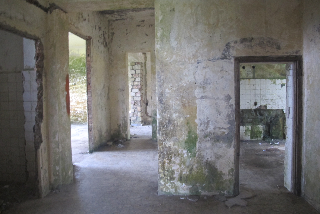 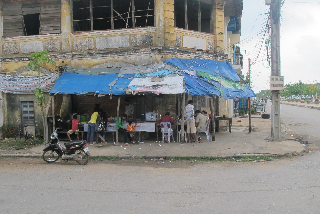 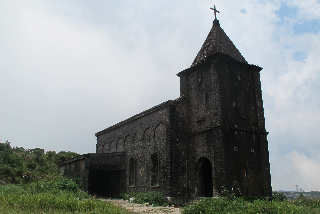 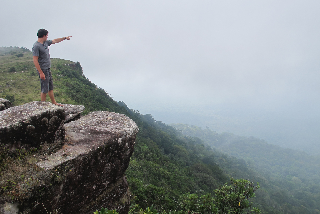 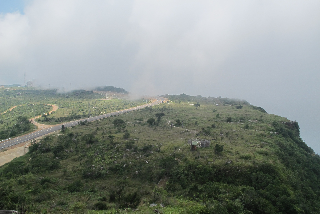 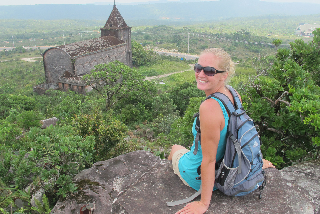