Tim: After getting an amazing view of the Machu Picchu ruins from the guard house, we moved on to the Inca Bridge. This involved a 15 minute hike away from the main site. The trail to the Inca bridge was at times vary narrow an exposed along a sheer cliff dropping off thousands of feet. Once we reached the bridge we had an awesome view of a very narrow bridge (4 split logs 8 feet long) spanning a narrow gap in the trail placed along a rock cliff. Apparently, a tourist died when they slipped and fell of the bridge, so tourists are no longer able to walk over the bridge. There was a fence barrier blocking are approach to the bridge some 25 meters out.

We hiked back to the main ruins. The site was still fairly foggy so we opted to begin our climb of Wayna Picchu the mountain on the opposite side of the ruins as the guard house and much taller. The hike took us about 45 minutes to reach the top. Because all of the hikers are let through the gate at the same time there is a little bit of a traffic jam hiking up. Some portions of the trail are very very steep with stone steps that are more like stone ladders. 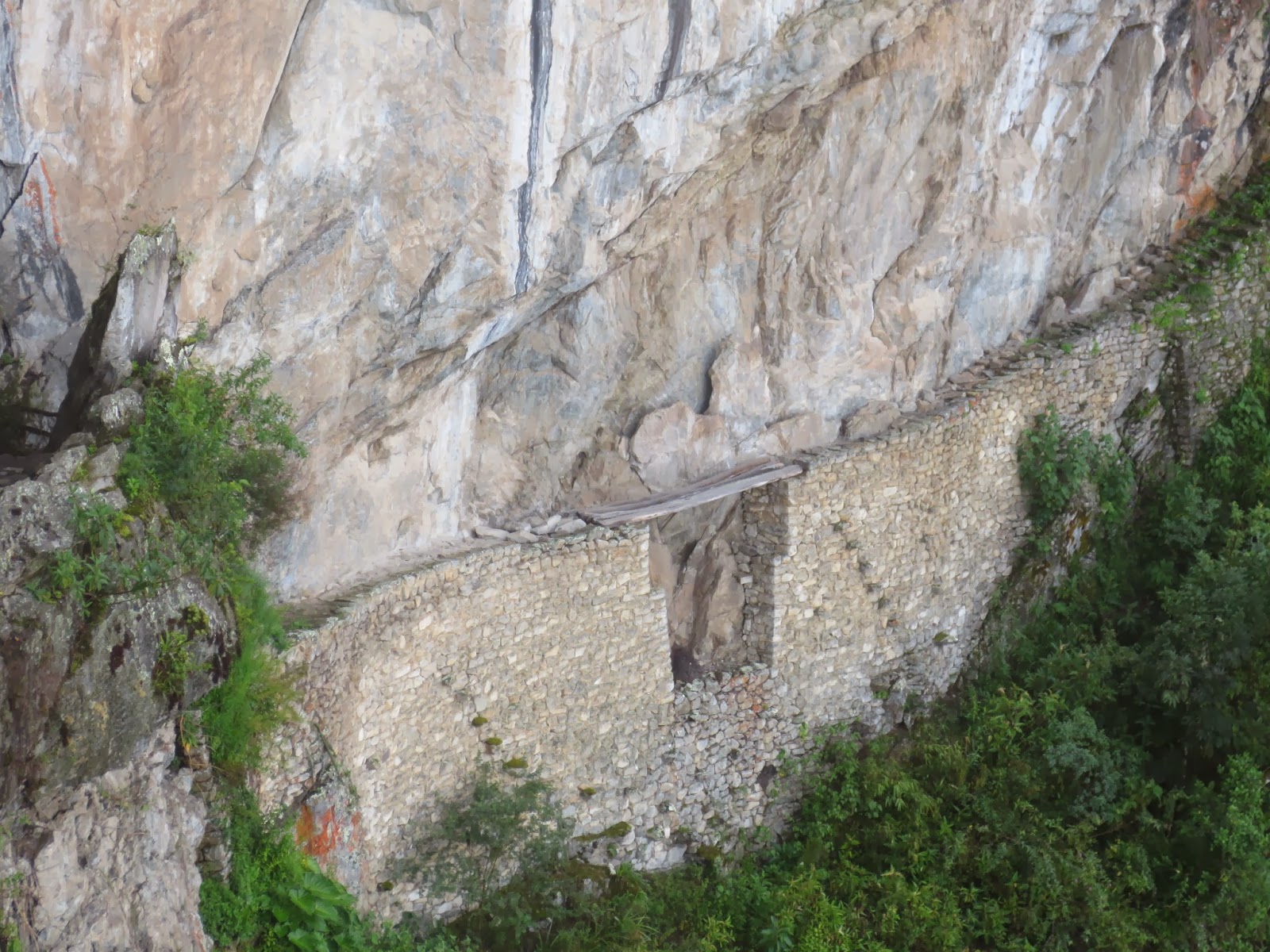 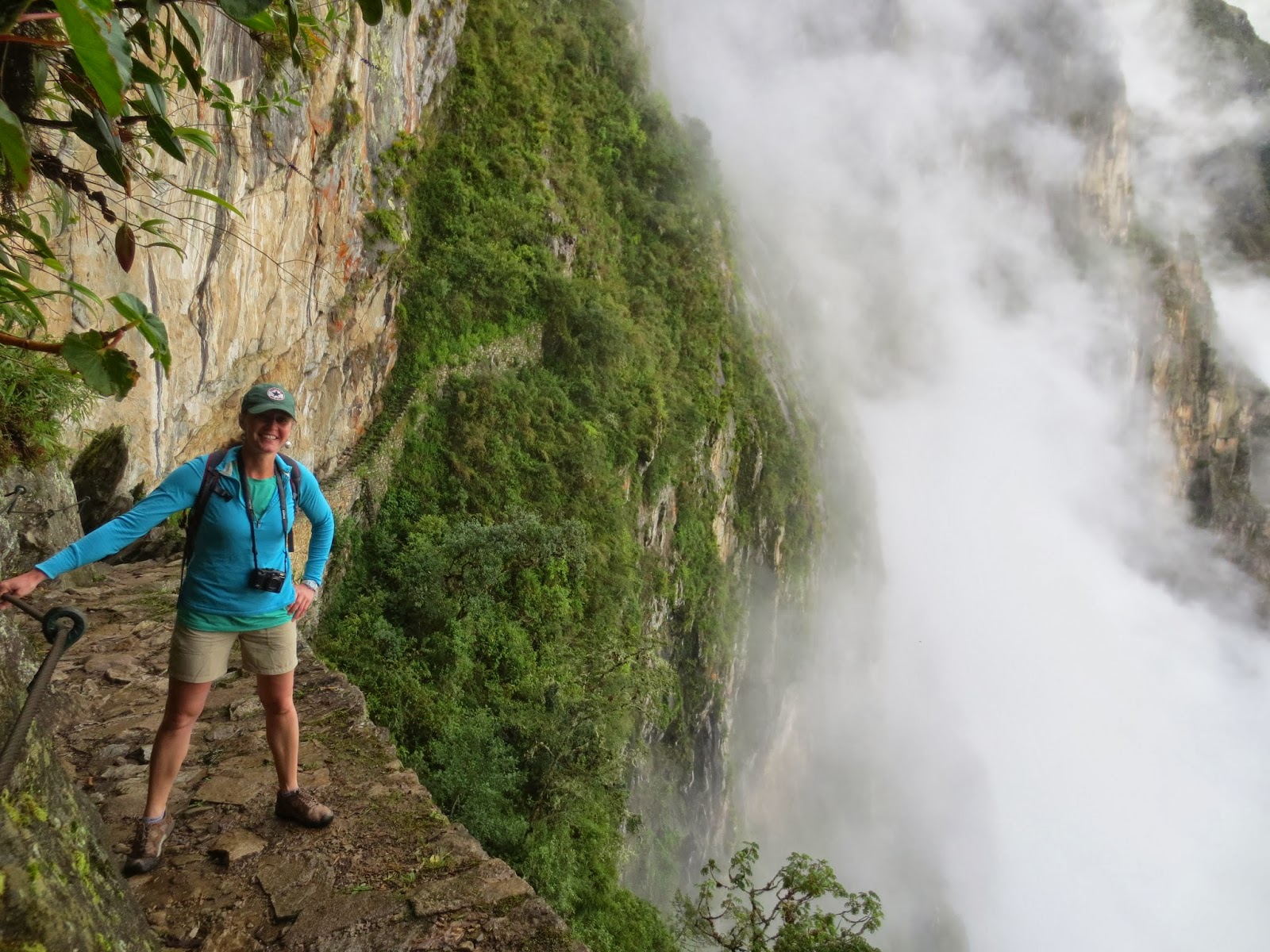 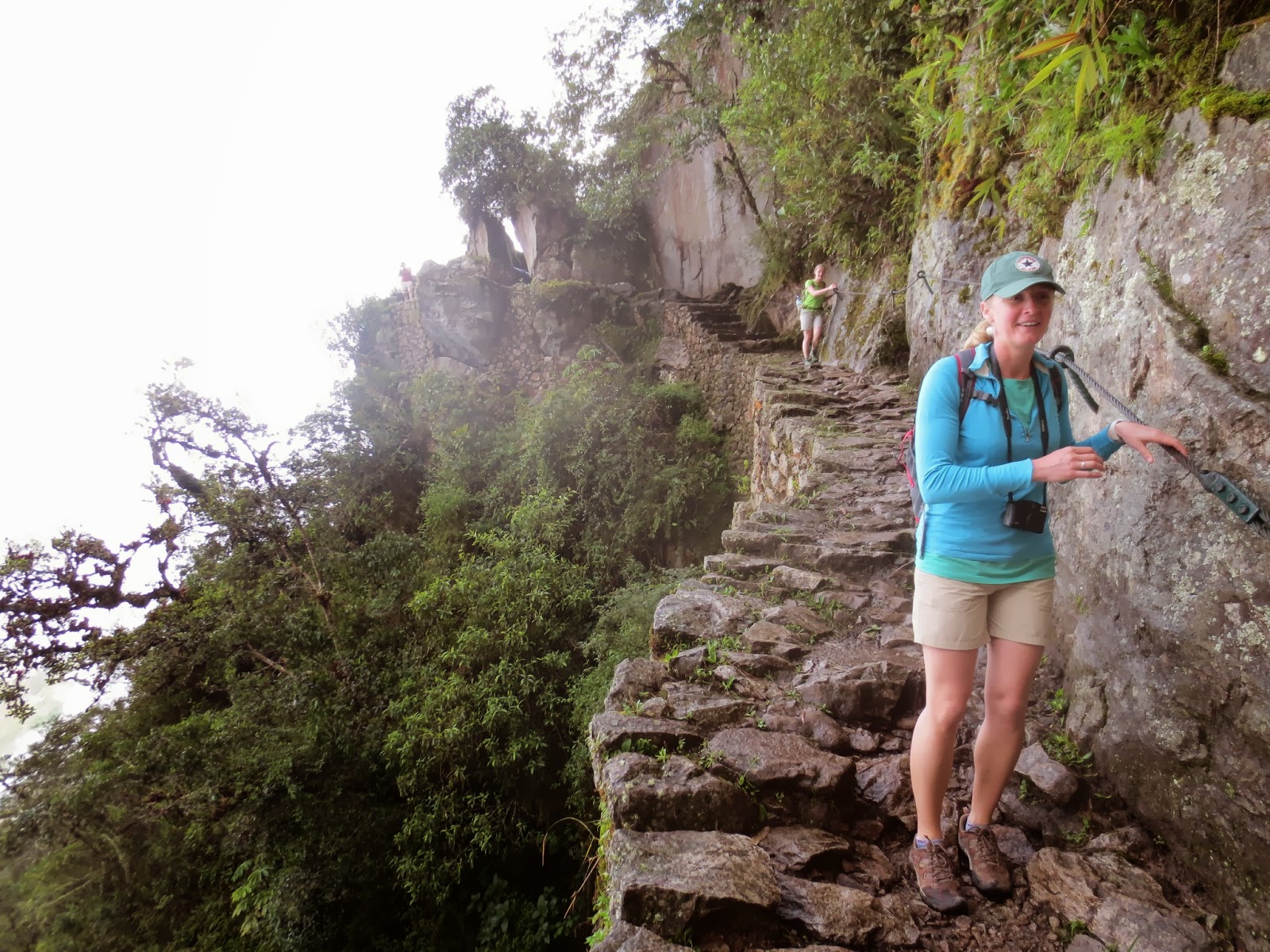 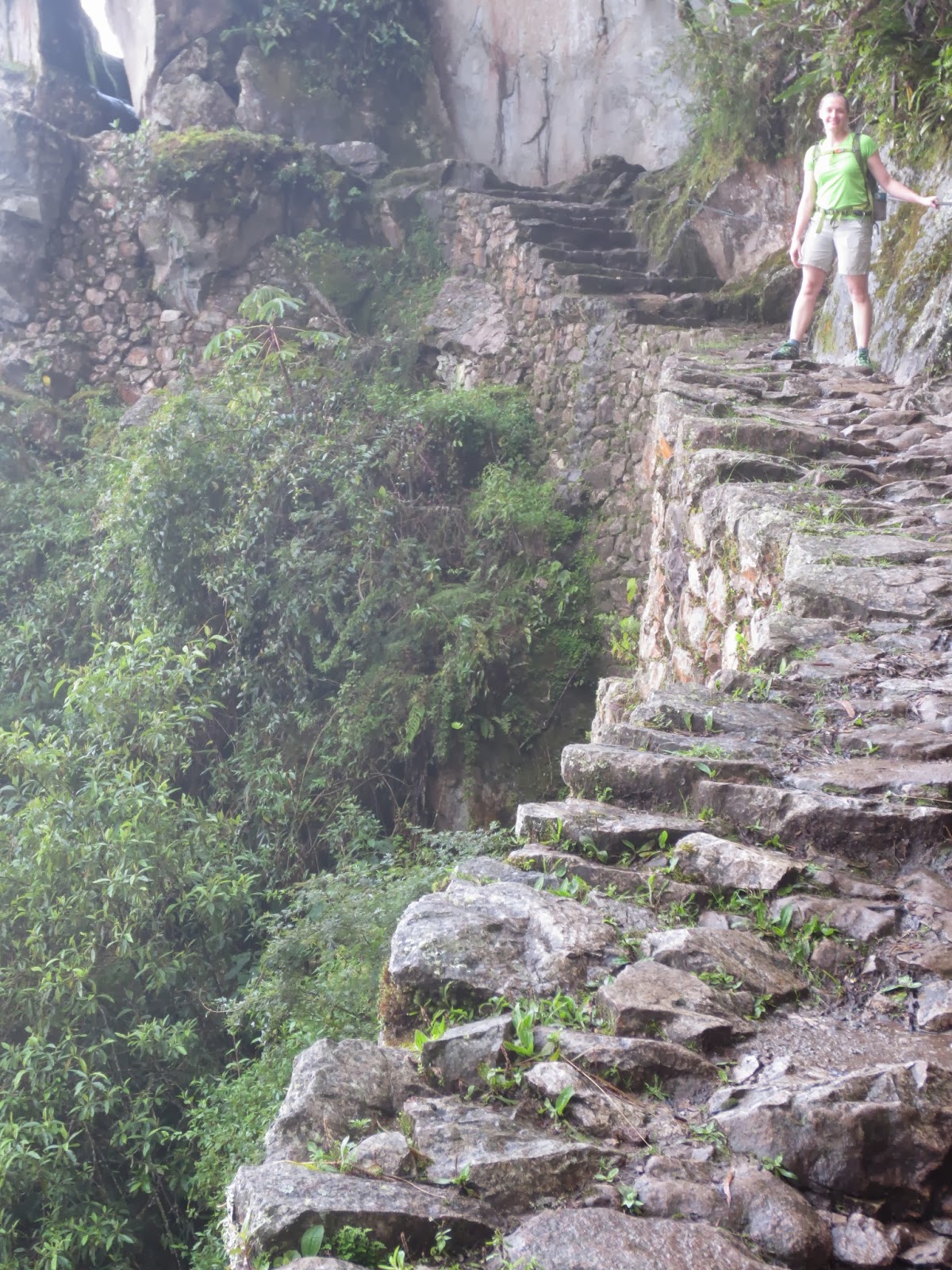 We were almost to the very top when we reach a part of the path that led through a narrow cave. I went through first. The cave path was short enough that we were not able to stand and I was crouched down on my haunches. Amber followed behind me. The wind was at our back pushing through the cave. Once our eyes adjusted to the dim light, Amber saw that I was crouching next to a fresh pile of human feces recently deposited in the narrow cave. It was about the same time that the putrid smell also reached my nose. The cave was not more than one meter across at its widest point.

Amber in a state of alarm yelled at me to hurry up and get out of the cave. The exit of the cave was much smaller than the area we had been in. It required that we be in a push up position and walk our hands out of the exit. It took some effort to exit the cave. The whole time I was exiting, Amber was yelling at me to go faster. All four of us had to pass through the cave. It was not a pleasant experience, but we all laughed when it was over. Once on Wayna Picchu there are no restrooms, and because it is so steep and jungle like it is hard to leave the path. Someone just had to go, even if it was a very poor choice of locations. 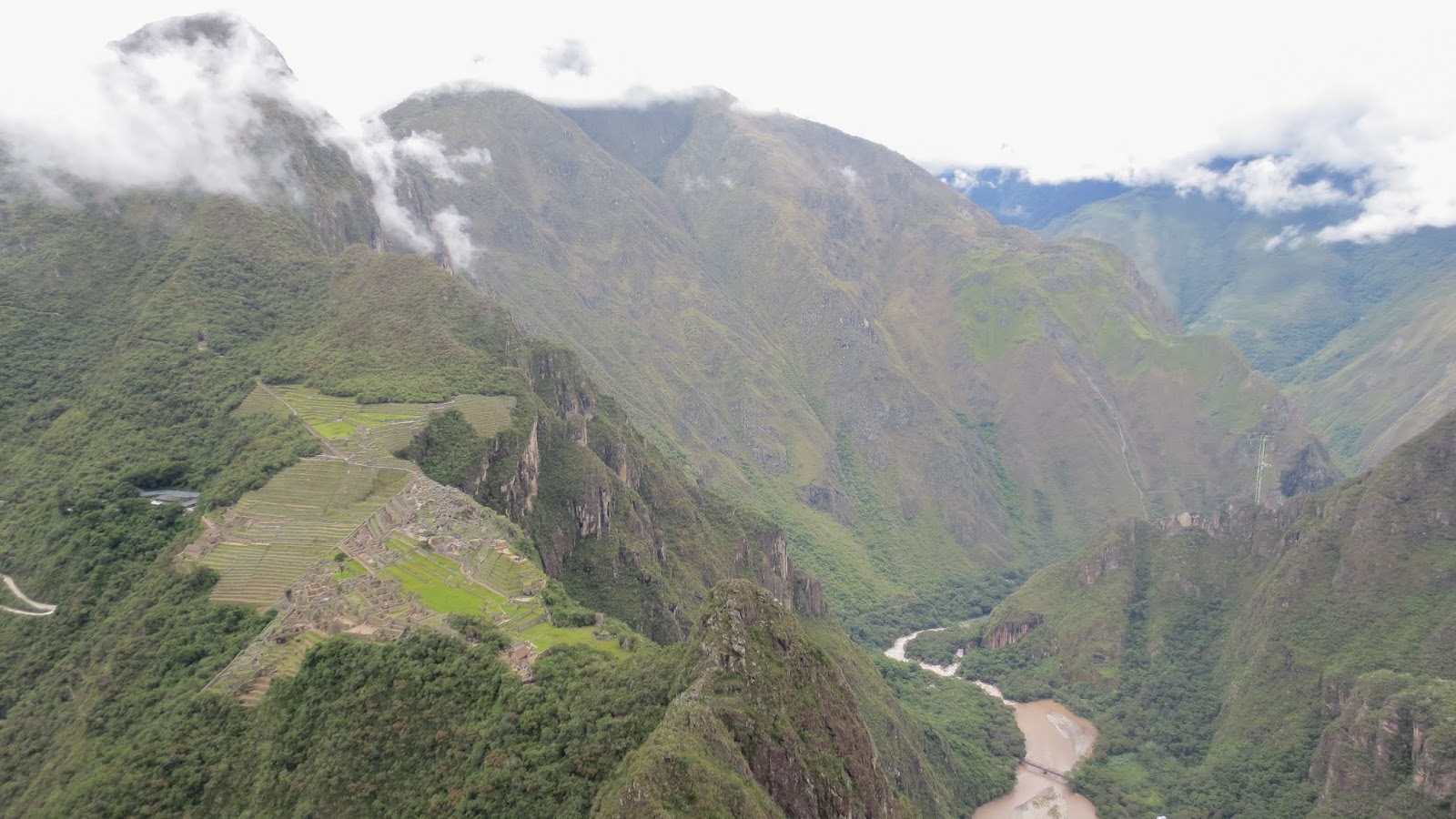 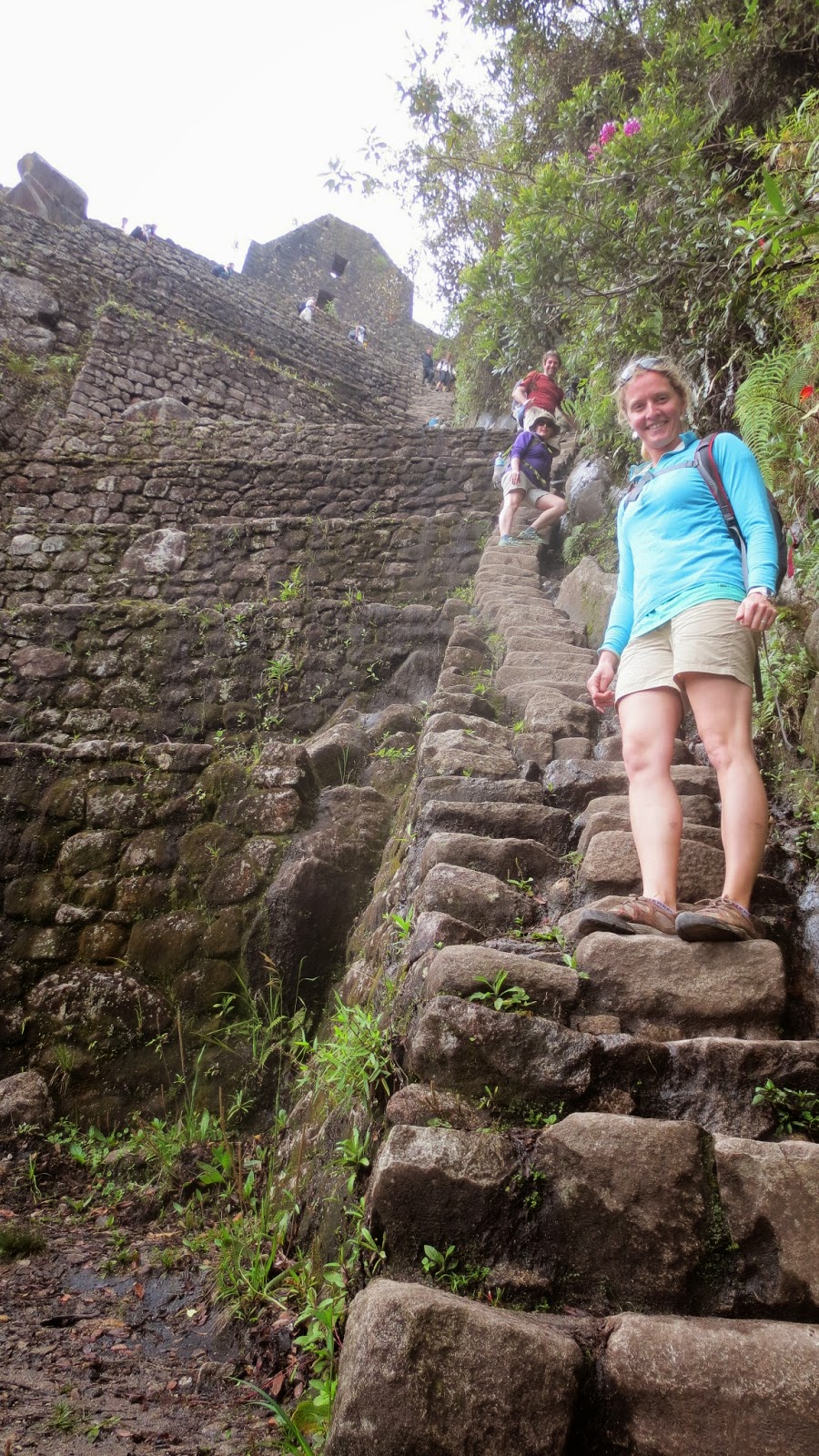 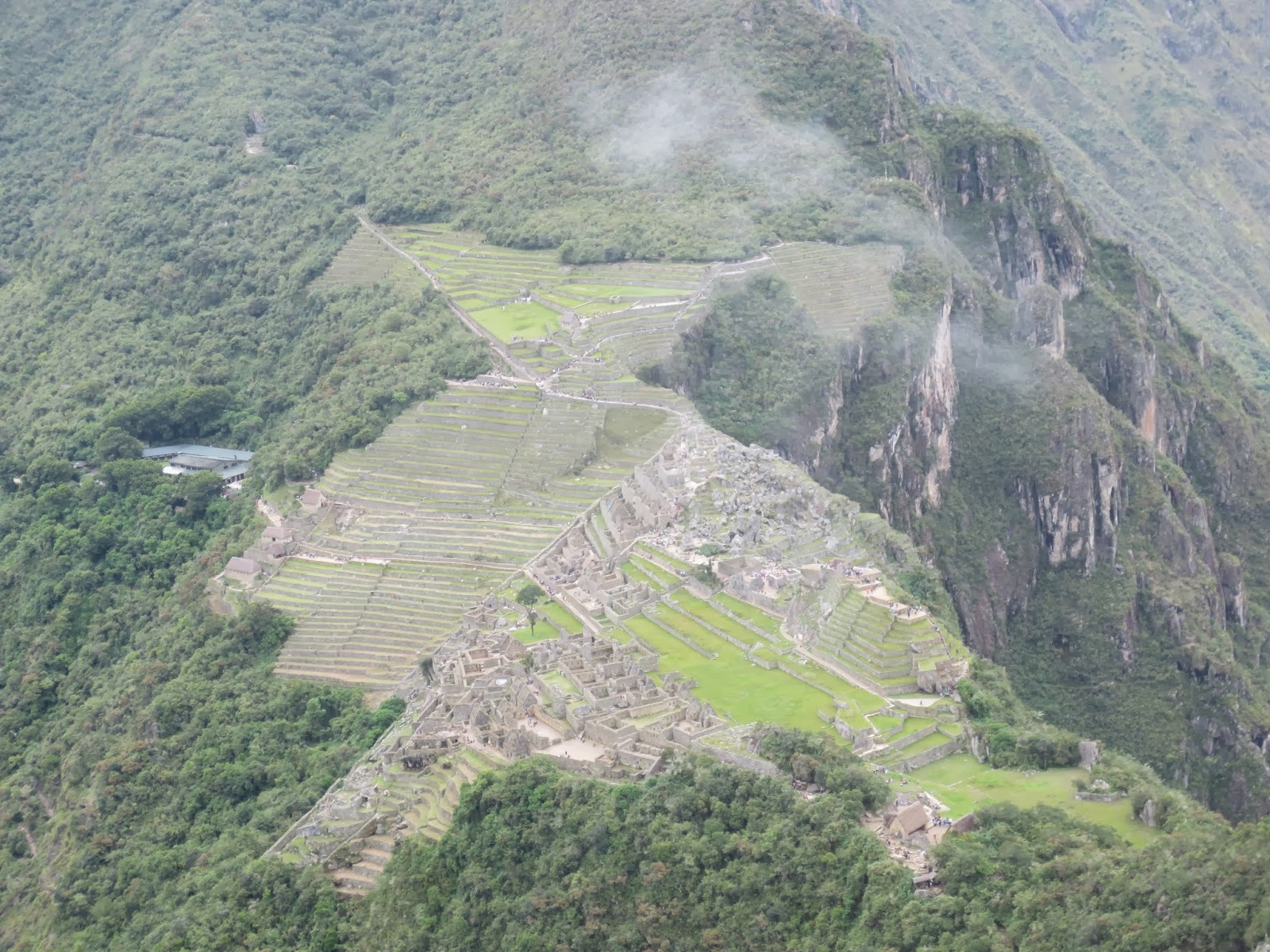 Once we were all out of the cave it was a short jaunt to the very top. We stopped and rested for a while looking at the amazing views of Machu Picchu. We started our descent of Wayna Picchu. There were some very steep exposed sections. Heather was moving slower than Amber and me. Just below the summit Amber and I stepped off the main path on to one of the many terraces overlooking Machu Picchu to wait for the rest of our group. I took the brief opportunity to ask Amber to marry me! I even gave her a ring. She said yes with lots of "really?" and "are you serious."  A few minutes later Heather and Dwight rejoined us, and we told them the news.

The day was one of the most amazing in my life!