Tim:  Our friends Jerami and Eloise joined us from Anchorage last night bringing our Alaskan group to six. Their first day we relaxed with a few sights around the city of Cusco. The next morning after Jerami and Eloise arrived we arrange for a private van tour of more sights in the Sacred Valley.

Our tour would take us from Cusco to Ollantaytambo (the village where we would board the train bound for Machu Picchu). Along the way we would stop at several sights in the Sacred Valley including: Sacsayhuaman Chinchero, Moray, and Salinas. The village of Ollantaytambo also has very impressive ruins of an Inca fort overlooking the village.

Sacsayhuaman overlooks the city of Cusco and was our first stop. It is an Incan fortress with some of the most amazing stone architecture in the world. Some of the stones are more than 28 feet tall and perfectly carved to fit the rock next to it. Some of the stones weigh more than 120 tons making them some of the largest carved stones that were ever moved in human history. Pondering what it took to move and carve stones of that magnitude with only simple tools and no wheel is mind boggling. 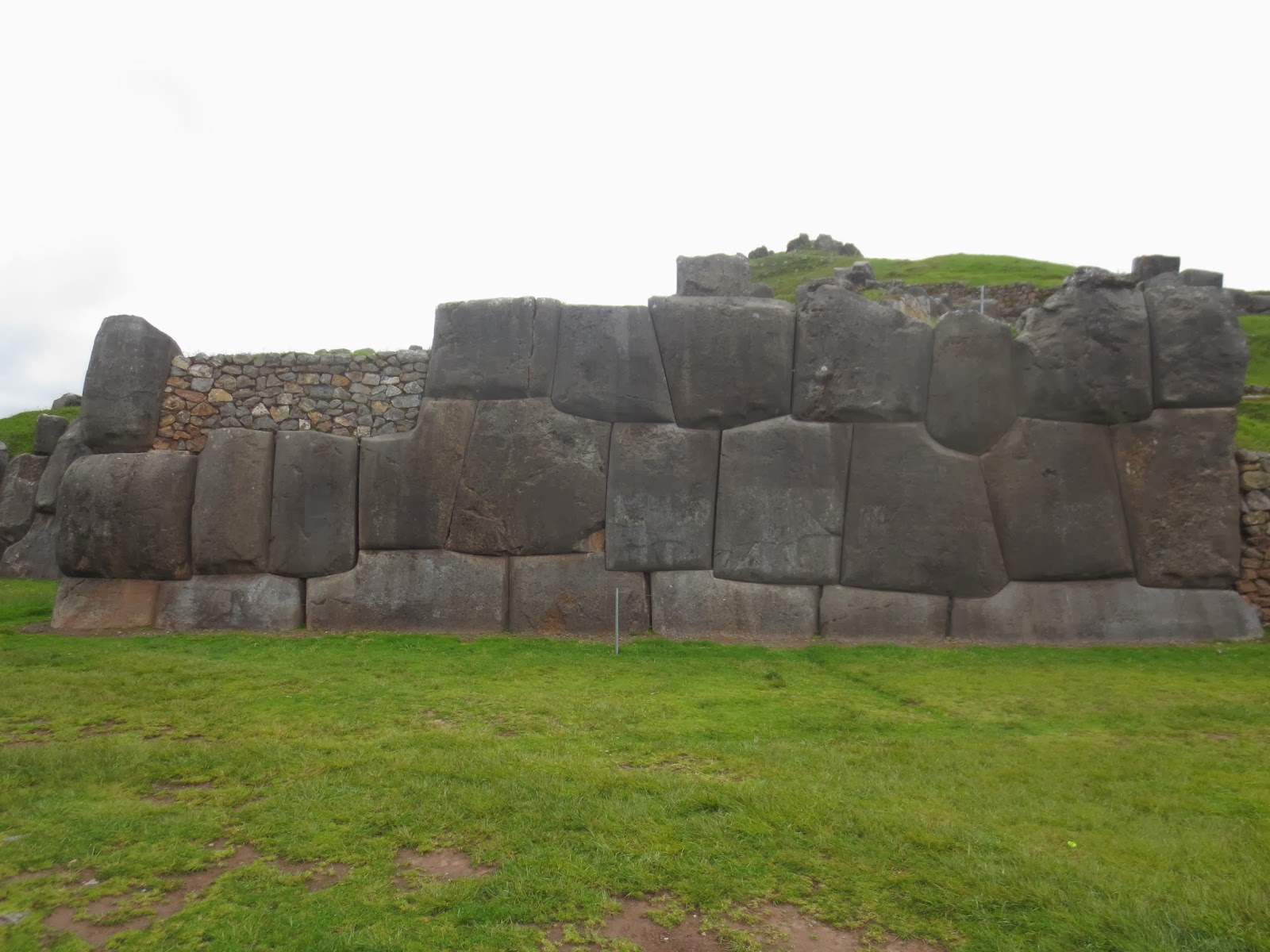 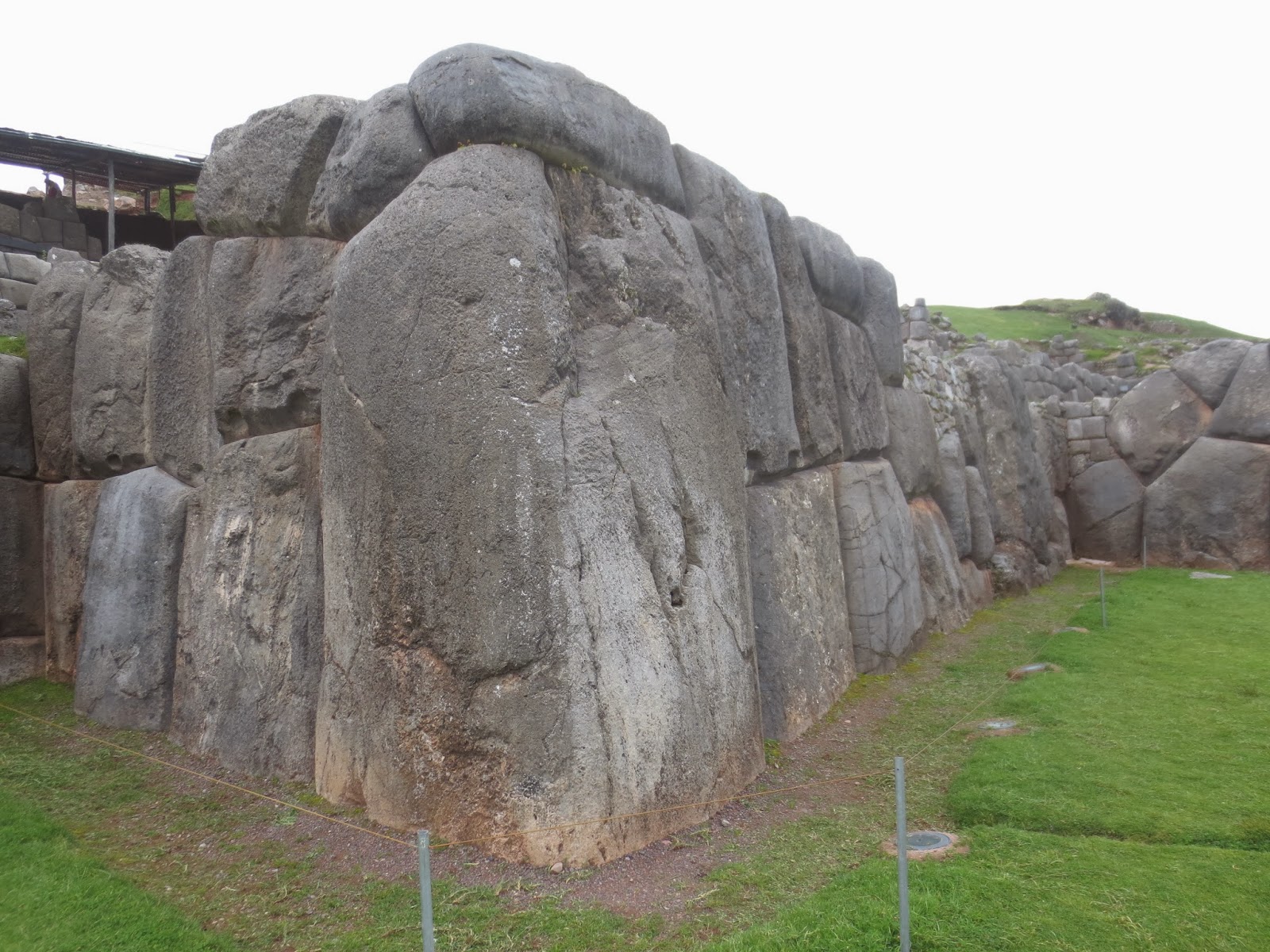 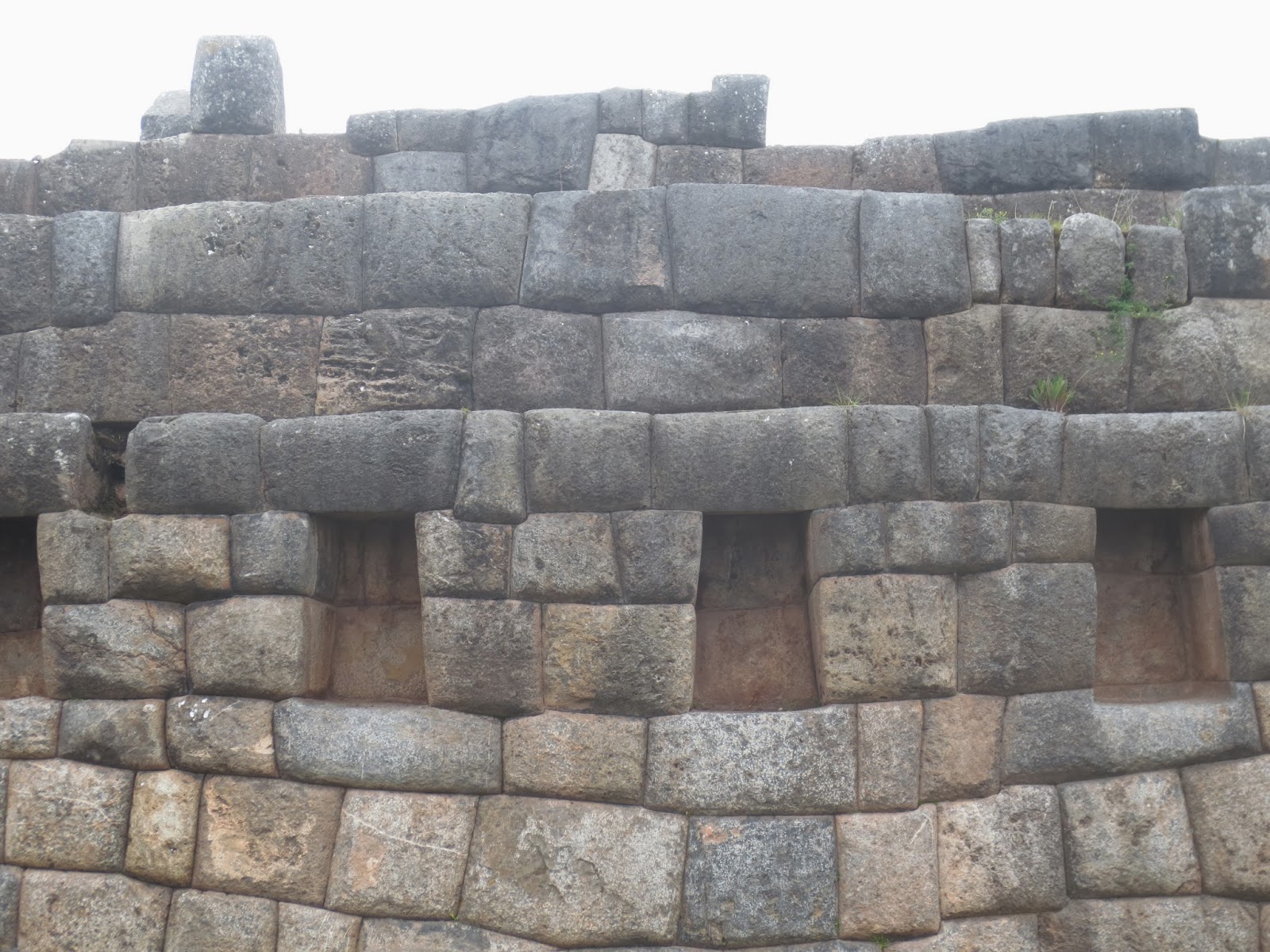 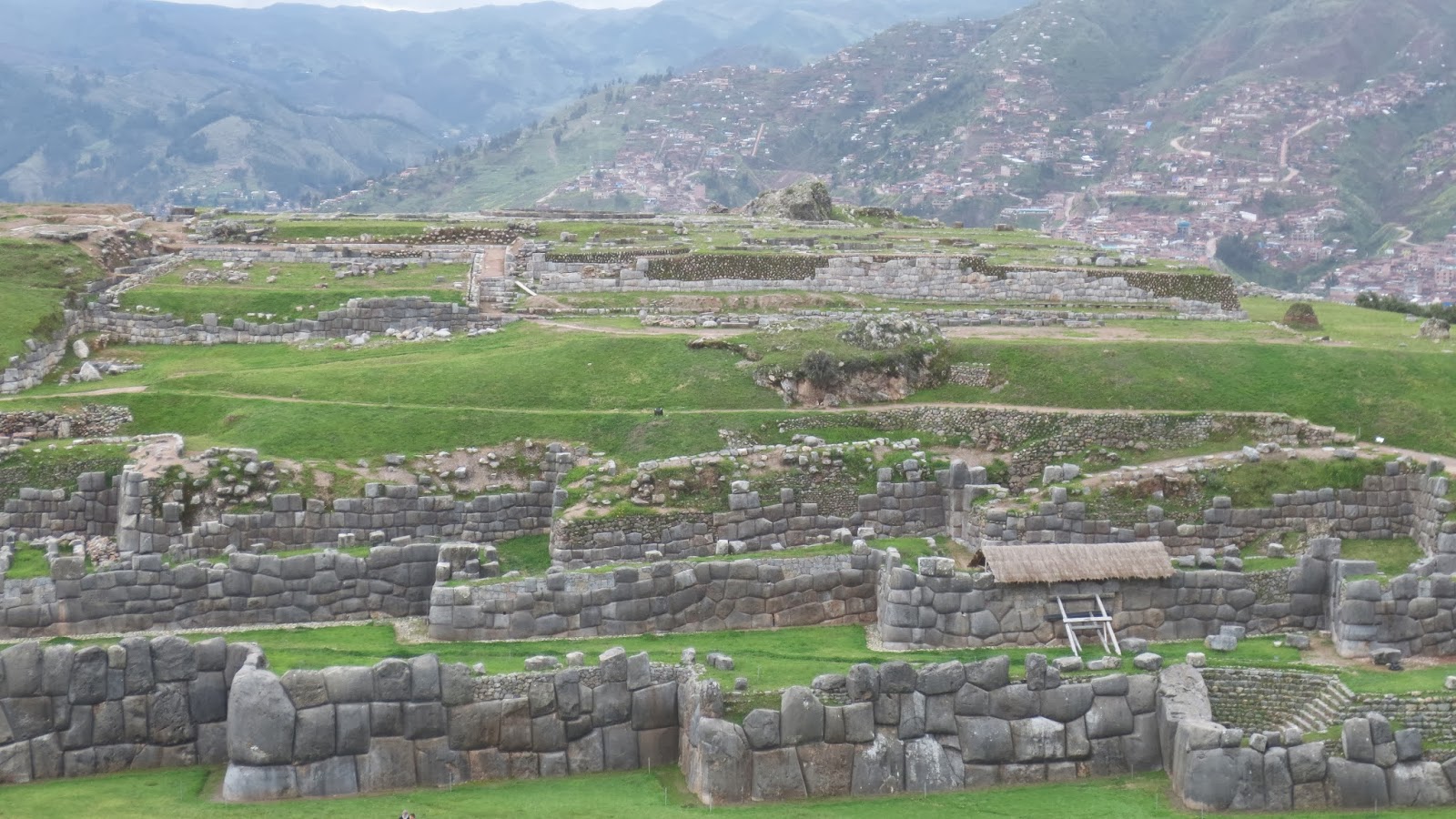 Moray is a large setting of circular Incan terraces built into a natural depression in the mountains. The Incans are thought to have used this area as a trial area for different plants as the average temperature changed several degrees depending on the level. It was definitely and impressive site. 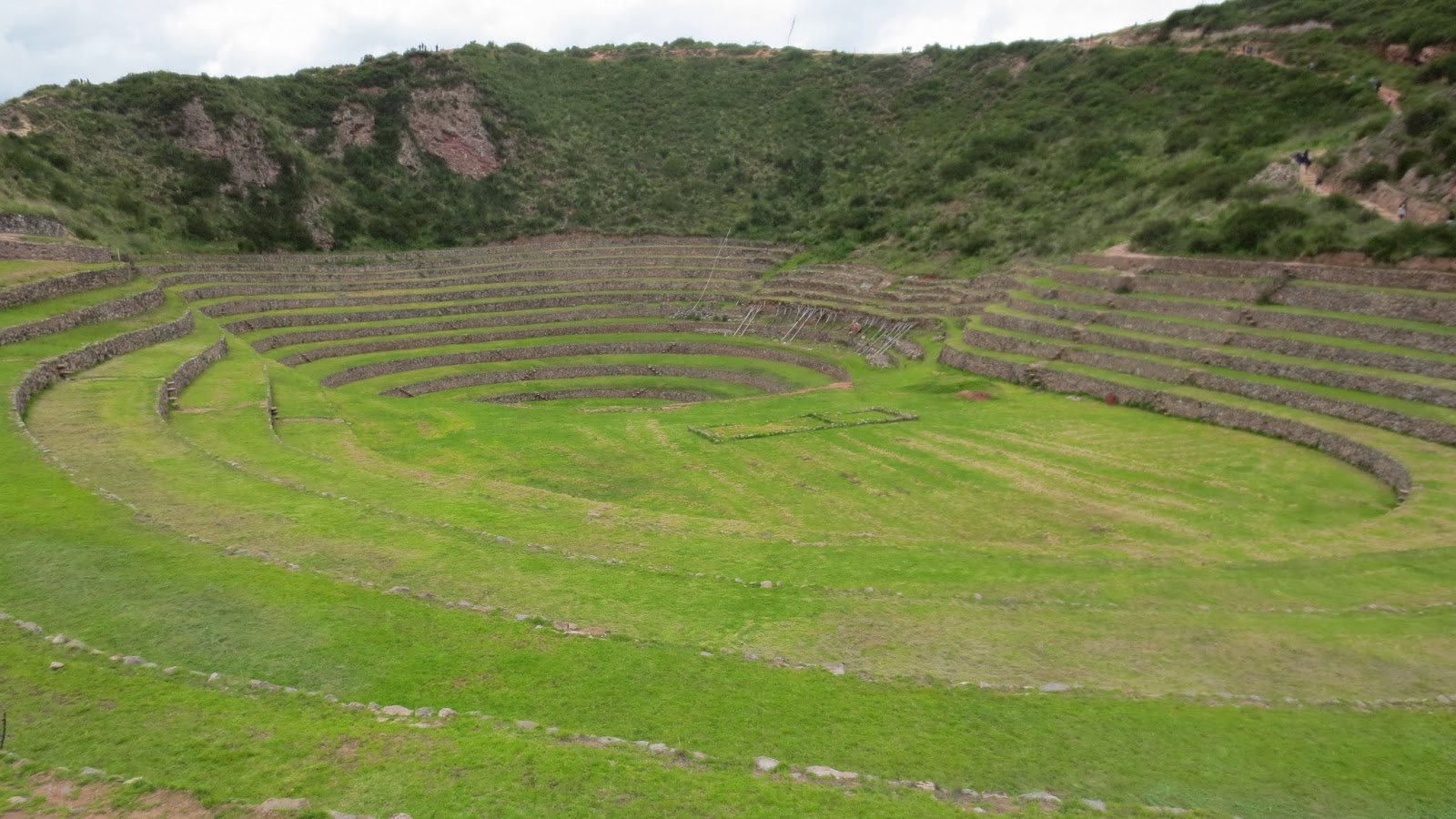 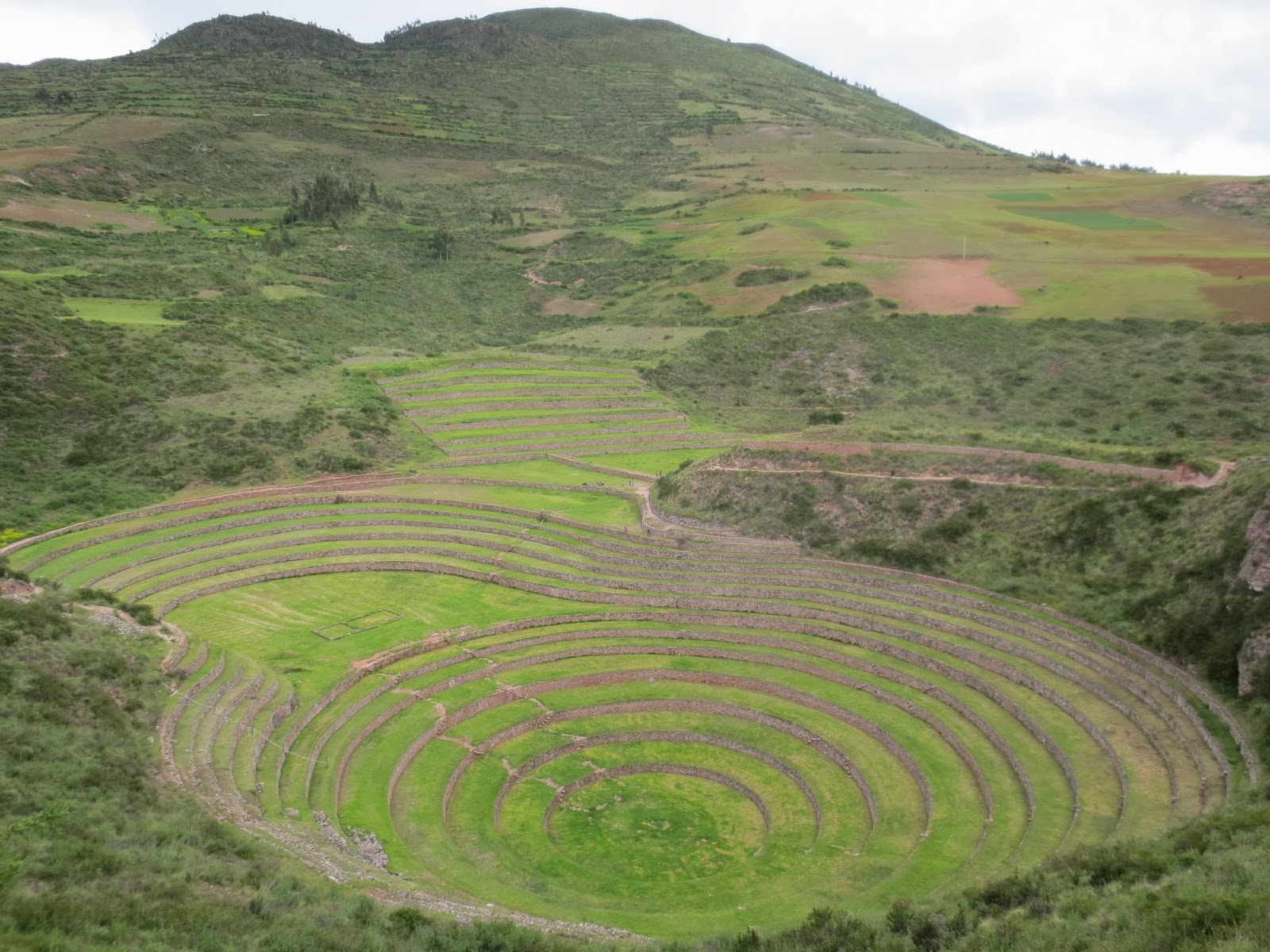 The next stop was the salt terraces of Salineras. These are man made terraces built to collect mineral salt deposits from a natural hot spring that contains very high levels of salt in the water. The water is diverted into hundreds of small terraced pools. Once the water evaporates, a layer caked salt is left. The salt is mostly used for animal salt licks. It is an amazing place to see that seems almost unearthly. 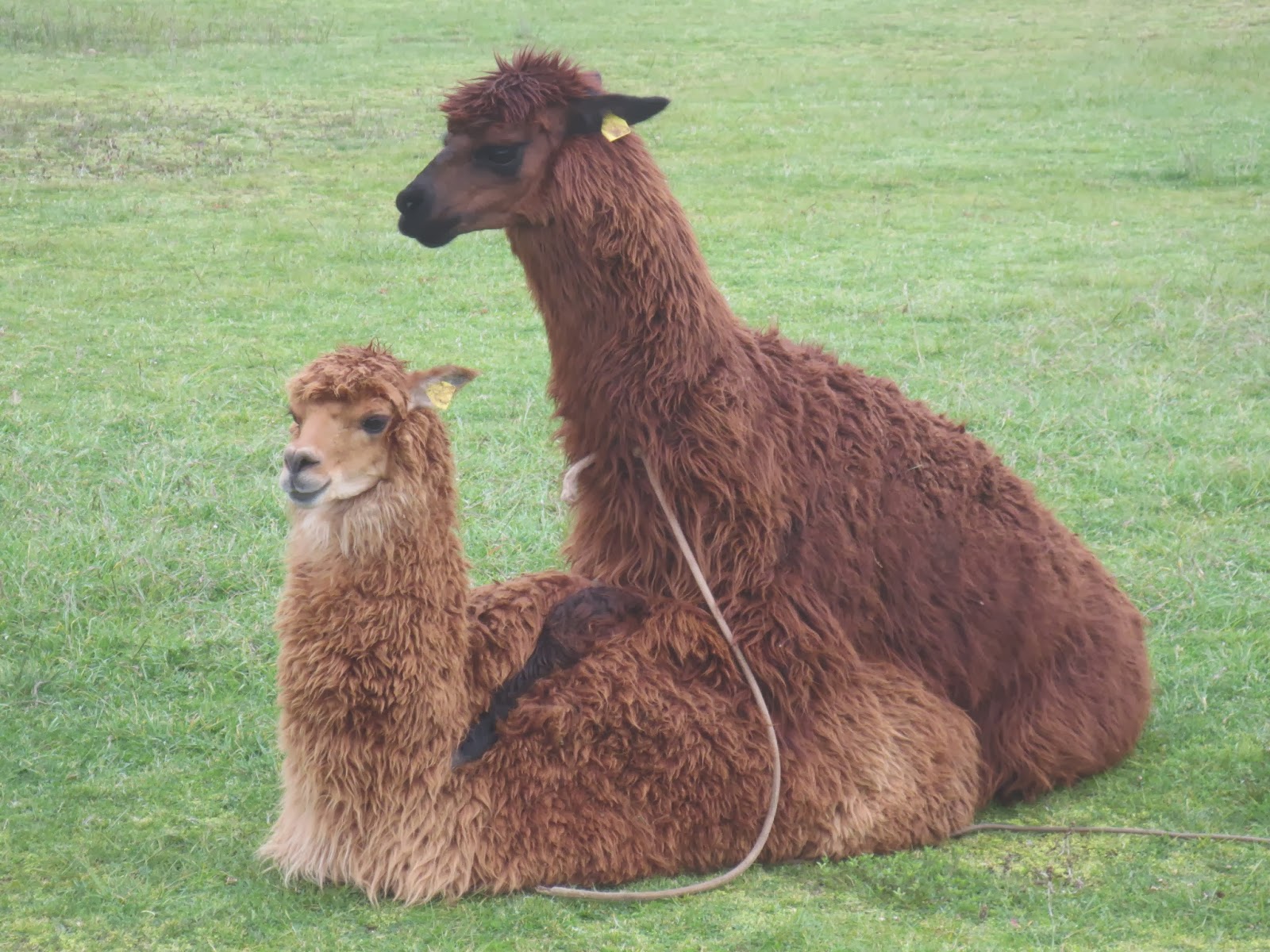 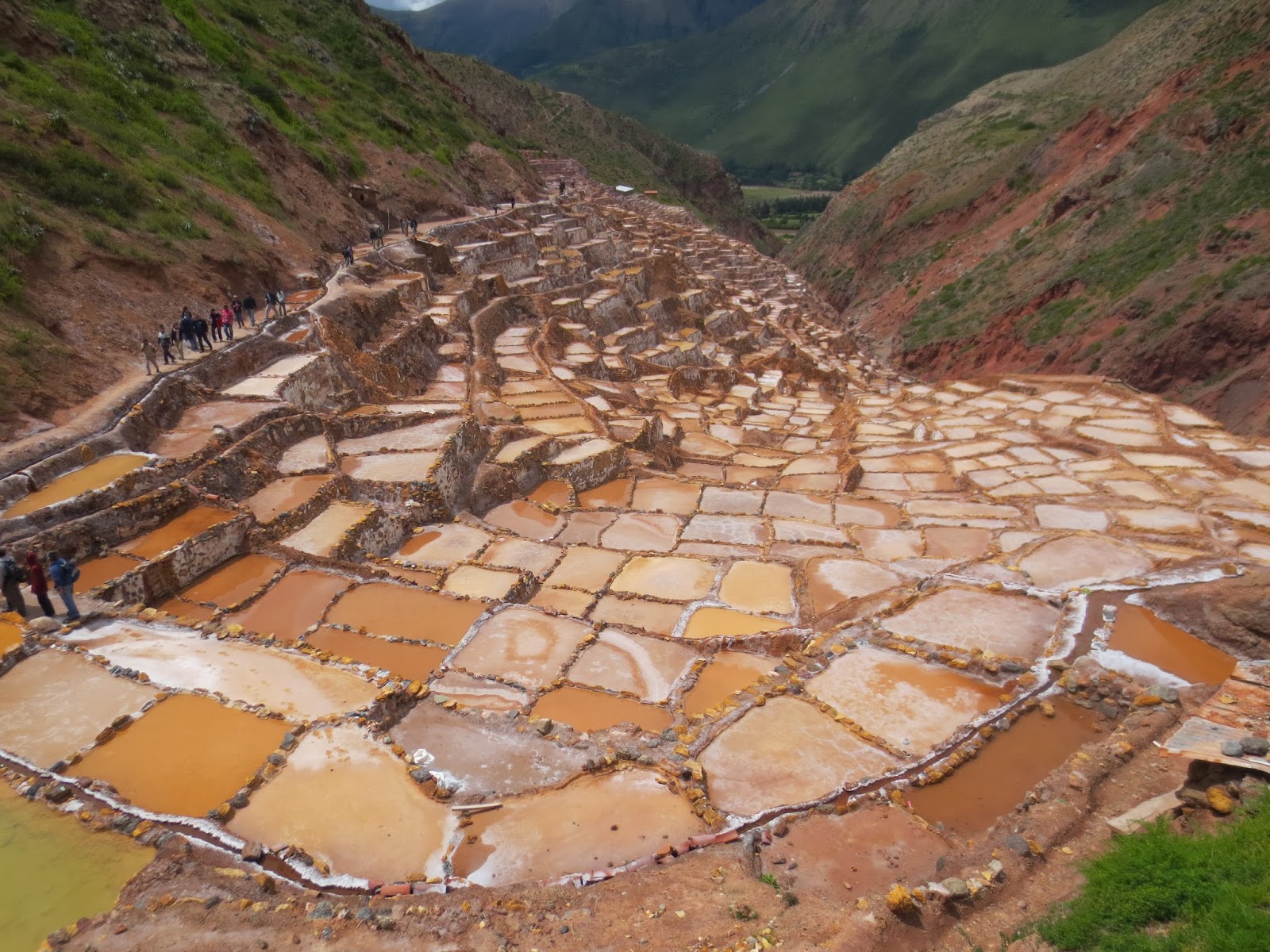 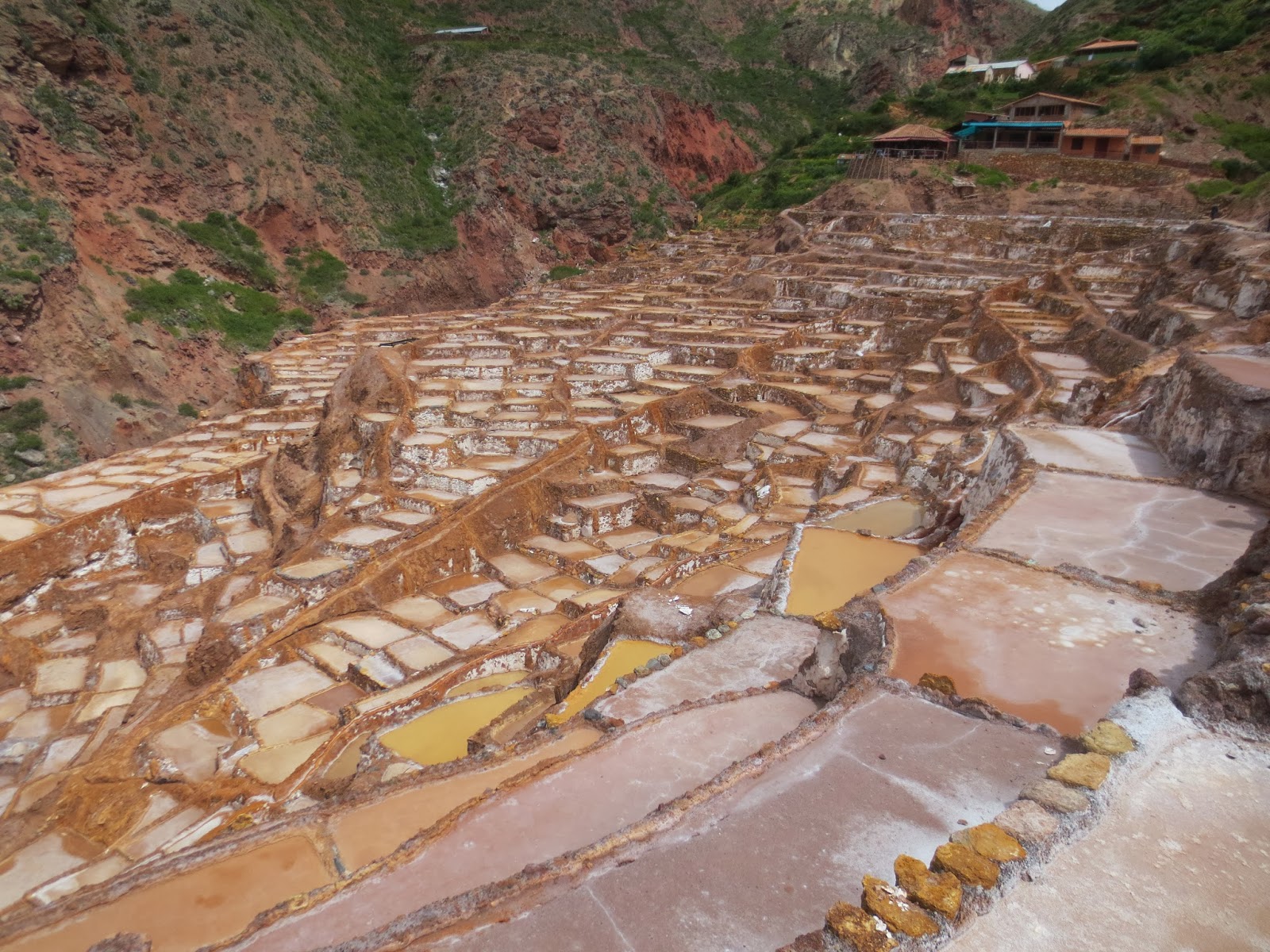 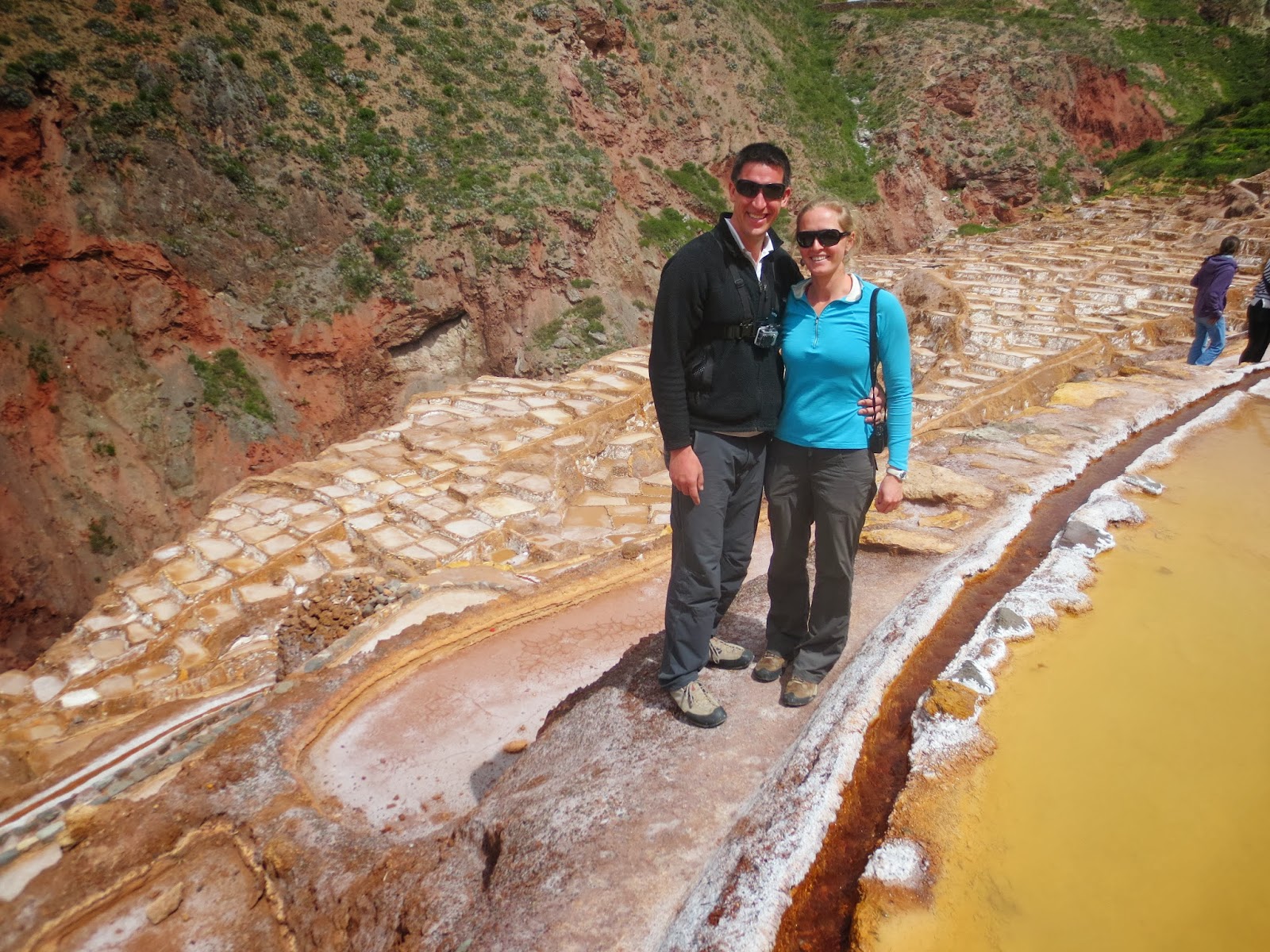 Our tour van dropped us off in the village of Ollantaytambo. After checking into our hotel, it wasnt hard to find the Incan ruins as they overlooked the village just a few hundred meters from the village central square. These were the must impressive Incan ruins we have seen yet. This was also the site where the Incan King fled to escape invading Spaniard Conquistadors. There was a fierce battle here that marked one of the few Incan victories against the Spaniards. 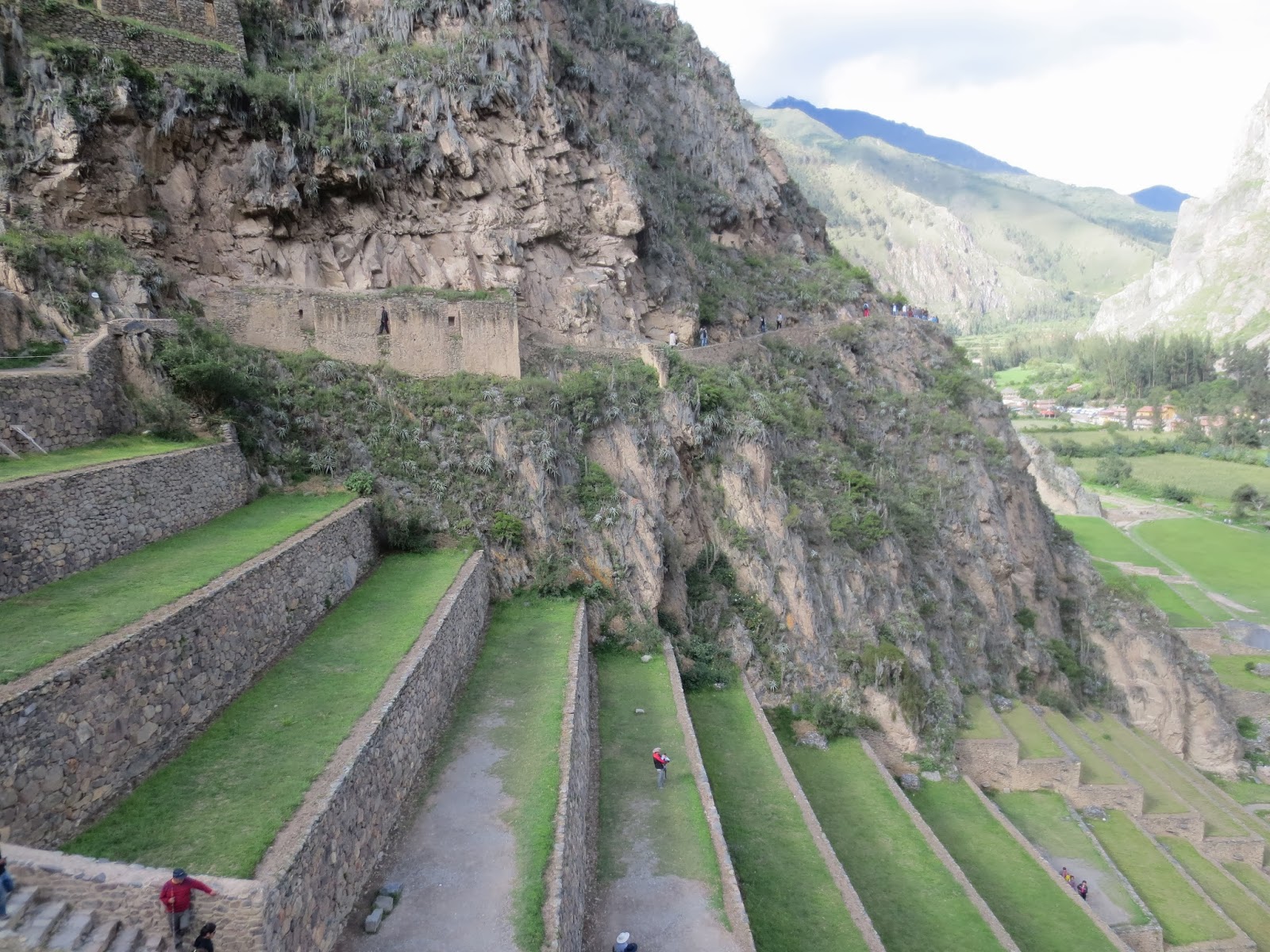 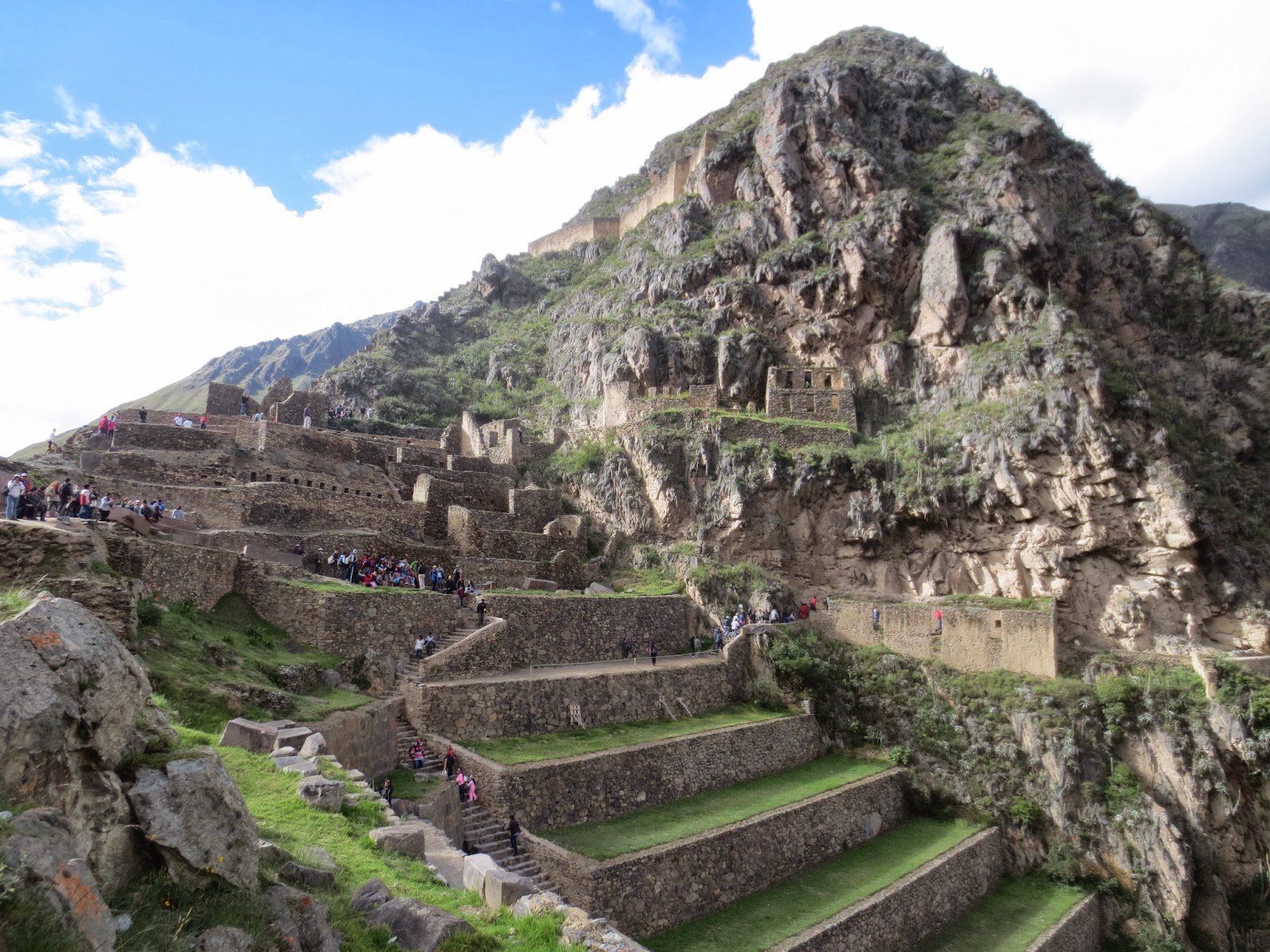 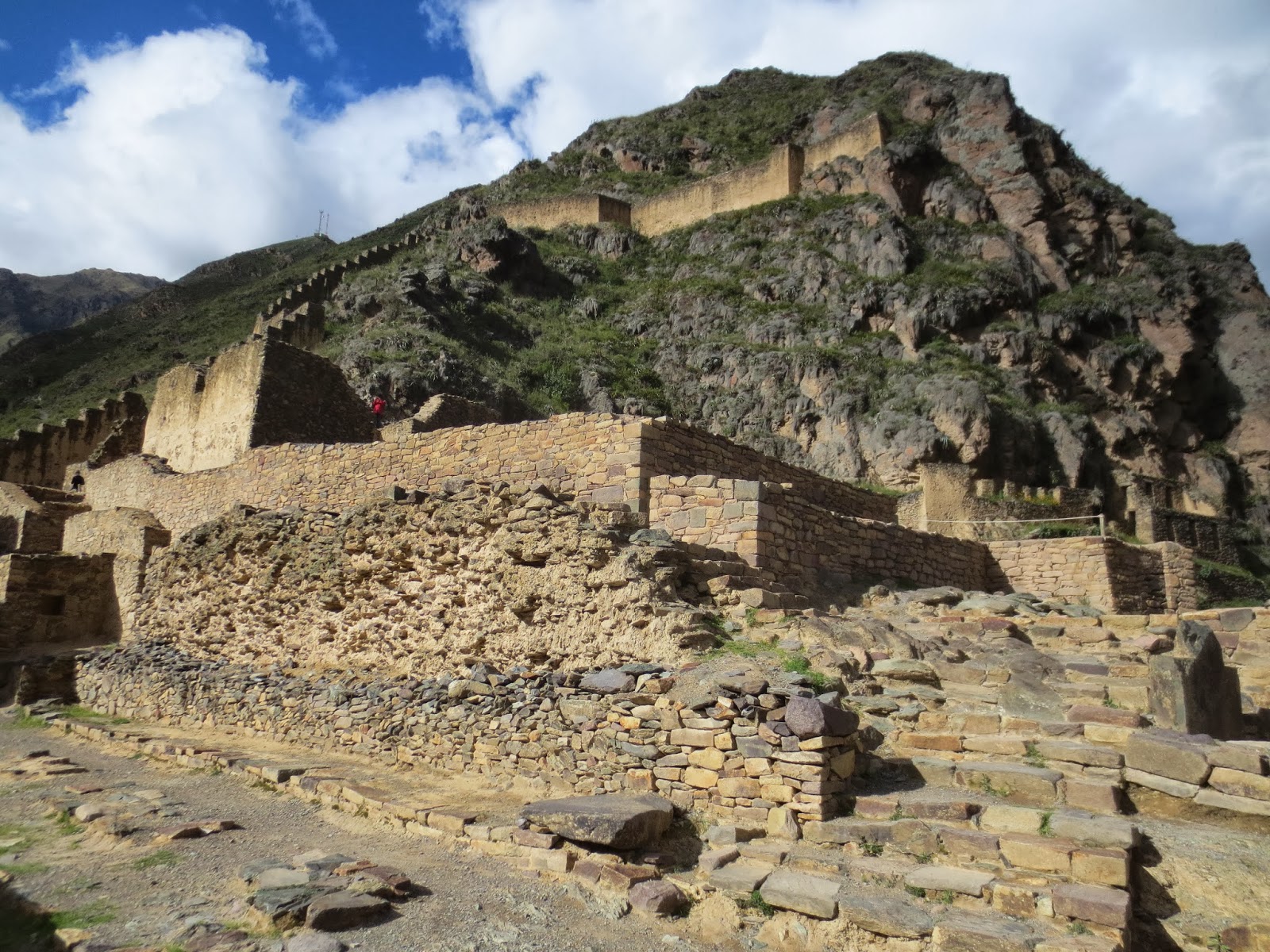