Amber:  We left Venice early in the morning to arrive in Milan by 12:00 in the afternoon to pick up Tim's parents.  They were flying in from Hungry, so we found the international airport in Milan, picked them up at the arrivals gate, and headed north towards Bra.  We were going to join Sarah, Jane and Kim for some wine tasting and cheese eating and learn a little more about the Slow Food movement.  Kim had been studying for the last nine months about Slow Food, which had originated in Bra and now is a universal practice celebrating organic, sustainable, fair trade, good food and wine.  While achieving her masters in Bra, she had learned not only a great deal about food and wine, but also the local hot spots and invited Tim, his parents and me to join Sarah and Jane as she showed them around. We were happy to have such a great resource at our fingertips.
We finally found our hotel for the evening after winding up long roads, going further and further off of the main track and into rolling hills covered in vineyards.  After the hustle and bustle of the heavily touristed Venice, Florence and Verona, it was a welcome reprieve.  Tim's navigation system on his phone  Seri, who had replaced me after I got us lost again, led us down a heavily rutted out road that was over grown with weeds.  Our little car struggled up the hill, only to arrive at a run-down hotel, complete with shattered windows and trash.  Sometime, Seri lies.  We turned around, and drove up the hill a little further, arriving at a hotel surrounded by vineyards and orchards.  Much better!  We were hungry so decided to drive back down into Alba, the nearest town, and get some dinner.  Unfortunately, everything in Italy is closed on Monday, and those places that are open don't open until 7:30.  Finally, a kind local told us of a great place to go to enjoy true Piedmont food.  After a bottle of wine at a small bar next to the restaurant, it finally opened and we were able to enjoy a ridiculous amount of food.  We had raw burger, "crude carne", sardines, a strange minced chicken dish, a mushroom dish, a creamy and cheessy gnocchi  and steak all to be finished with tiramisu and a chocolate fudgy dessert.  And, of course, lots of Vino. 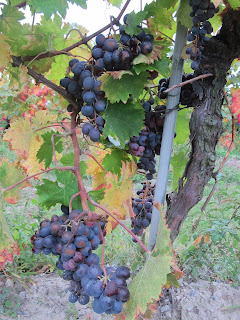 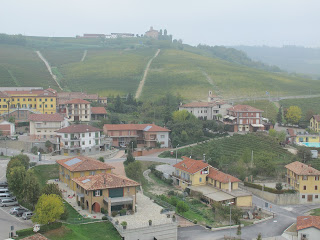 Check out more photos of Bra at our facebook album
The next day, we met back up with the ladies at Kim's school for Slow Food and she gave us a tour of her beautiful school.  We even got to drink wine and got a tour of the massive wine cellar that has thousands and thousands of bottles of wine.  The school has wine donated to it, half to be sold and half to be put into their wine depository.  it is a great honor to have your wine displayed in the museum.  Afterwards, Kim had arranged for a cheese tasting at one of the Slow Food cheese shops in Bra.  We drank more wine and got a tour of the cheese aging facility before sampling (and smelling) lots of cheese.  We finished off the day by going to Kim's favorite wine bar.  You order a bottle, or so, of wine and they bring you endless pizza for free.  We sat outside and enjoyed a few more bottles of wine and ate our fill before deciding it was time to drive home.
Tim:  The next day we visited the Wine Museum in Barolo. Barolo wine is considered by many to be the "king of wines." The setting for the wine museum was in castle inhabited by the Nobel that made Barolo wine famous. The wine museum was interesting with an exhibit on the history of wine throughout human history and its earliest uses. Afterwards we sat down for lunch at a traditional Italian restaurant. We each had pasta, and for dessert we had a cheese selection that was served with honey.
Our third day in Bra, we met up again with Sarah, Jane, and Kim later in the afternoon. Our hotel was located near the top of a mountain about a 30 minute windy drive from Bra. We ate lunch at a wonderful restaurant, and afterwards we visited the winery Ascheri right across the street. We toured the whole winery which had been remodeled just last year. They had their own bottling line which was fascinating to see. It labeled, capped, and even put the bottles into boxes automatically. The bottles were filled and corked on a different assembly line. 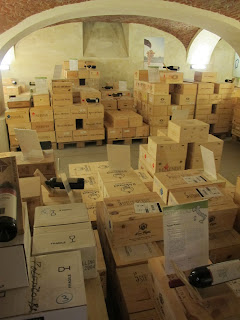 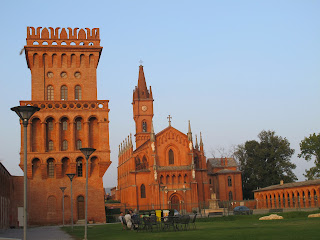 Check out more photos of Bra at our facebook album
We also toured the cellar. It was beautiful and had also just been remodeled. It was the most aesthetically pleasing wine cellar I had ever seen. The put a lot of effort into the lighting and even the stucco walls were painted different colors depending on the soil of the area where a particular grape was grown. After our tour we tasted several wine varieties, our favorite was the 2007 Viognier. It was absolutely delicious. My dad purchased a bottle. 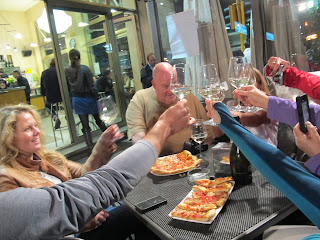 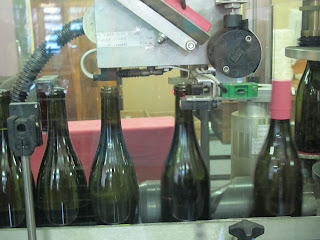 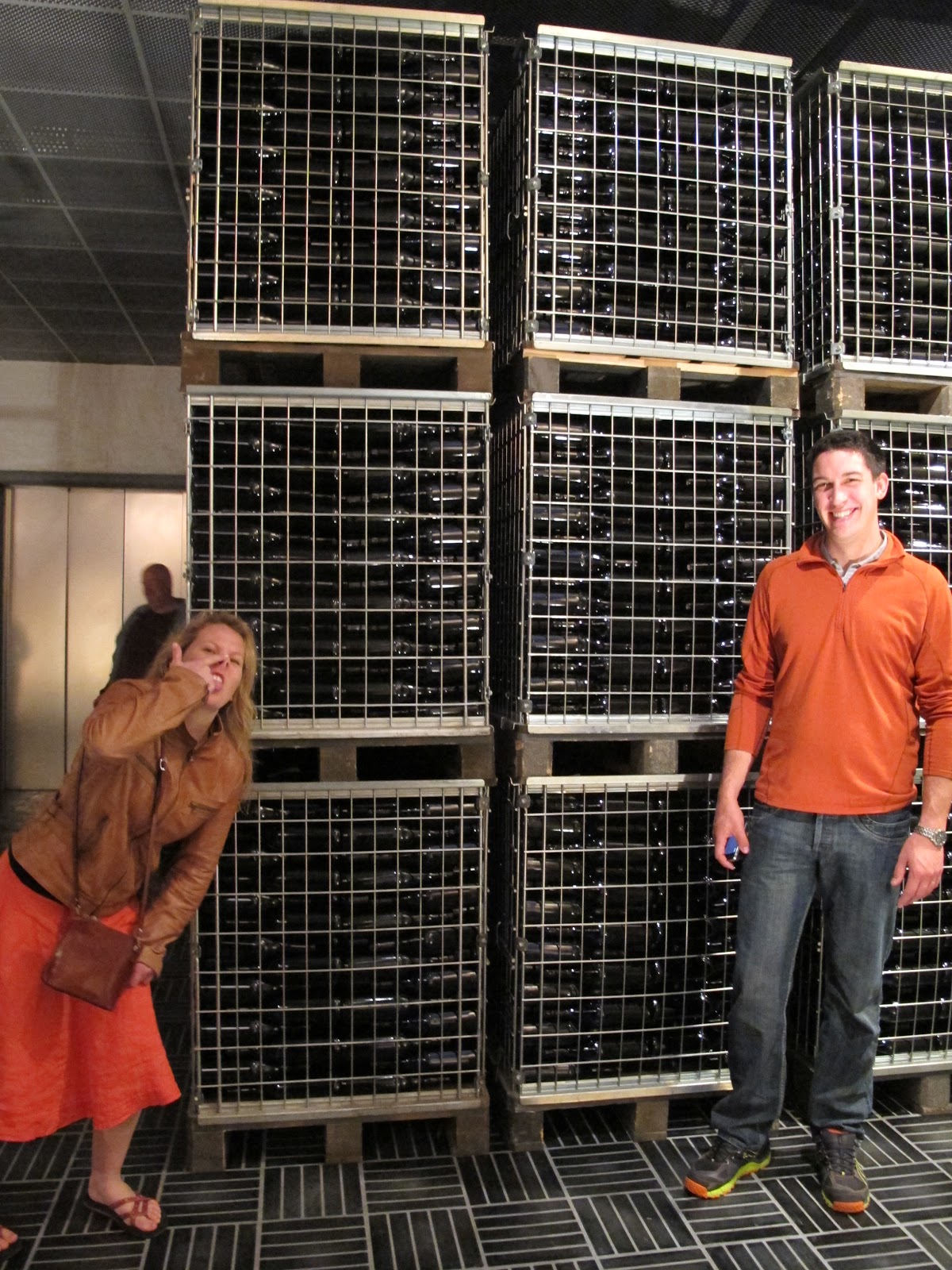 Later in evening we returned to the same restaurant that we had lunch at and ate dinner. The food was that good. We tried everything on the menu that we had not had for lunch plus more wine.
Posted by Unknown at 1:06 AM