Tim:  We opted for the business class train from Jakarta to Yogyakarta. This business class train does not have AC and was less than half the cost of the Express Class train with AC. The time for both trains was about the same at eight hours. The train was hot, but not very full. We were able to each have a two person bench to recline on. We arrived in Yogyakarta at around 3:30 PM. After looking at five different guest houses we settled on a fan only room for 12 USD per night.
Later in the evening we met up with Toby who we met along with other couchsurfers in Jakarta. Toby is from Germany. We ate street food together, and enjoyed a Bintang beer while playing domino games. Bintang is the biggest beer brand in Indonesia.
The next morning we joined a tour that provided transportation to Borobudur some 25 km away. Our tour left at 5:00 am trying to arrive before the large tour buses showed up. Borobudur is the largest Buddhist stupa in the world. It was an impressive sight with many levels for walking and viewing the amazing stone carved reliefs that surrounded the exterior. The admission price for Borobudur is really expensive by Indonesian standards, 20 USD. I was able to use my old student ID and got myself in for half price. I am still officially a student. 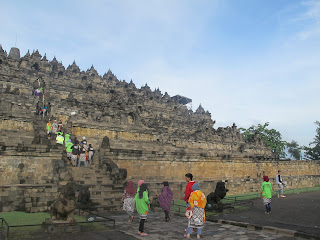 Within a few minutes of our arrival the tour busses arrived with mostly Indonesian high school children. It seemed like they all wanted to have their picture taken with us. We posed for pictures at least fifteen different times with scores of Indonesian highschoolers crowding around us with many cameras and cellphones.  The first few times we were flattered and happy to oblige, but the task got daunting after the first 10 or so. There were surprisingly very few foreigners. Only about 10 other foreigners in what seemed like thousands of Indonesians. We survived the picture taking and almost had to run away to avoid getting more pictures taken of us. 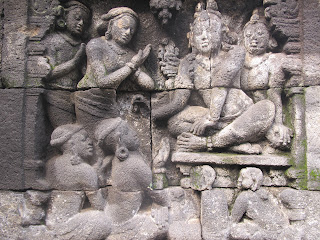 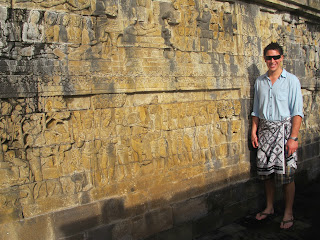 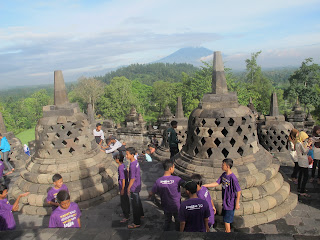 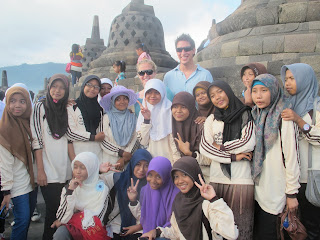 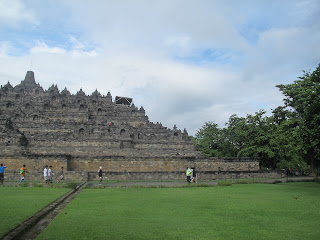 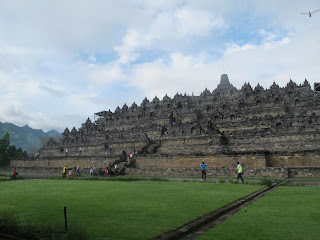 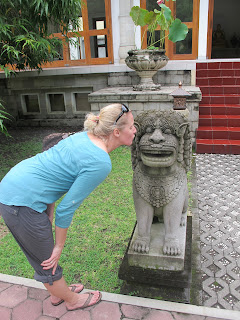 On our last night in Yogyakarta we met up with Aneda who we had met in Jakarta. We ate dinner together then did a very local thing. This brings street dining to a whole new level. One of the streets is set up with food vendors on one side, and then matts are laid out on the opposite side of the street on the sidewalk for people to sit. The main attraction here is the Javanese coffee that is served with a burning piece of coal dropped in it. The coffee was very good. The charcoal effect was very subtle. Not sure I would have been able to recognize the difference if there wasn’t a big lump of coal in my coffee. The locals drank the coffee with the piece coal left in the whole time. They would usually drink the coffee with a spoon to avoid have a black nose. 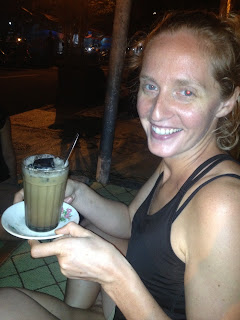 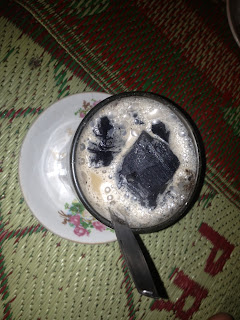