Tim: On our drive from the Plitvice Lakes, we were winding through the country roads when we came around a corner to be waived to the side of the road by a Croatian police officer. There were two officers and one of the was using a handheld radar gun. One of the officers spoke English and said that I was going 92 kilometers in a 50 zone. He asked for my driver's license and had me get out of the car. He explained that the fine for going this much over the speed limit was 2000 Kuna or about $330 U.S Dollars. Ouch!  I asked if I was required to pay the fine now or later. Apparently, foreigners have to pay the fine immediately. I told the officer I did not have this much Kuna. I said I had some Euro. He made mention of going to find a cash machine, but I really did not want to do that. I asked if he could lower the fine by lower the amount that I was going over the speed limit. After a little negotiating, I got the fine down to 500 Kuna or about $85 USD.  We got the fine down 75% of the original. I did not have the exact amount. I only had 600 Kuna, but the officer produced 100 Kuna change and we were on our way again. For the amount of speeding I had done over the past two months $85 was a fair price to pay for the convenience. I should also note, that there were others who go pulled over while we were detained. 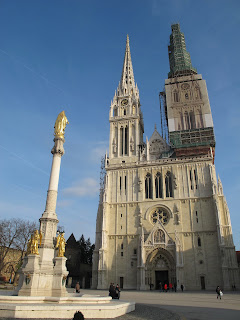 Amber:  Zagreb was nice very mellow.  We went sight seeing and ran every morning, but overall the capitol of Croatia was not especially exciting.  There were cafe's everywhere, and that seemed to be the thing to do for the locals. And lots of shops.  We did see some cool sights.  The Gothic church we saw "The Assumption of the Blessed Virgin Mary" was probably one of the most extravagant churches we've ever seen.  It was beautiful! 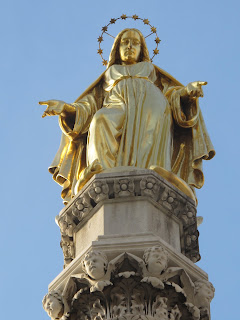 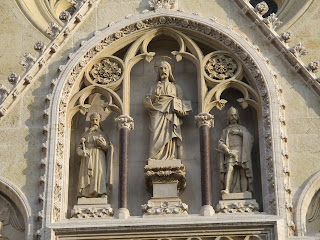 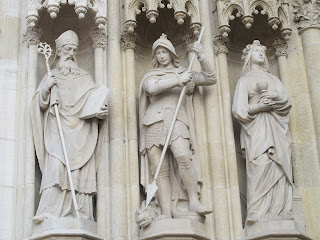 Tim: We walk to the Lotrščak Tower. It was built in the middle of the 13th century to protect the southern side of the city. For the last 100 years a canon is fired from the tower every day at noon to commemorate an event in Zagreb's history. 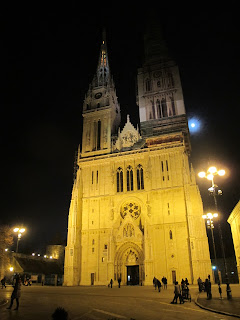 One morning we went for a 5.5 mile run then decided to hike up to an old castle that overlooked Zagreb.  It was built in the 1500's.  It was not particularly impressive, but it was a nice hike and the view was pretty.  And we got our exercise for the day! 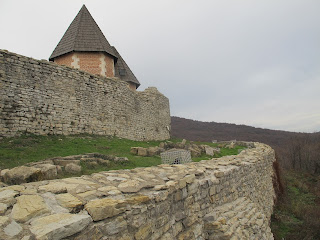 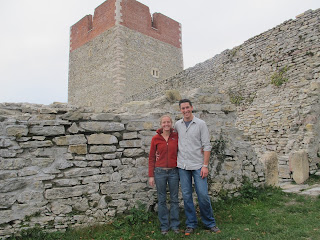