Amber:  We woke up at 7:30am this morning, showered and headed for Khao San Road to have a fresh orange juice each and share stir fried veggie rice made fresh for us at a street stand.  While we were enjoying our breakfast, perched on the sidewalk, a Tuk-Tuk driver approached and offered to drive us to multiple temples, 10 baht each for the two of us.  While Tim is always looking for a bargain, he was semi suspicious but we decided to give it a try as we were planning on hiring a driver to take us to the Reclining Buddha this morning anyway.  We went to three temples that Tim had never been to during his two prior visits to Bangkok.  This is my first visit and Tim has been a fantastic guide showing me his favorite sights but it was good to see something new with him.  After the fourth and final stop at the Reclining Buddha and Happy Buddha (which were closed due to a funeral) we asked our friendly driver to take us to a floating market, which he happily obliged for a few more baht.  Upon discovering that the floating market had closed for the day, the driver then informed us we needed to go to a suit shop to get a hand tailored suit.  Tim declined, but he persisted, saying his sponsor needed him to stop to compensate for his low fair and at this point almost three hours of his time.  After assuring us that we did not need to purchase a suit, we agreed to make the stop.  He had been a very friendly driver, after all.  After meeting with the tailor and discovering it would be 5000 baht for a simple dress (about 150 US) we declined and headed back out to our driver.  Seeing we had purchased nothing, he insisted on another stop.  Thankfully my 6'3" boyfriend is very good at being friendly yet firm and convinced him to drive us back to Khao San, no more stops!
We decided that that was enough excitement with temples for one day so came back to our little room (AC and fan, life savers!).  While it does have a sit down toilet, it does not come with toilet paper or a means to flush aside form taking the lovely little sprayer, filling a bowl, and sloshing the contents of the toilet down the drain.  Interesting, to say the least!!
We have discovered a great little internet cafe that serves organic Thai food.   We wanted to make a post and catch up with friends, so decided to head that way for lunch.  The place was packed, but a very friendly couple form New Zealand offered for us to join them.  They had been in Thailand for three weeks and were on their way back home tonight.  As they were so nice, neither of us got an opportunity to spend much time on the computer.  We did enjoy some fantastic red curry over brown rice (who knew that would be so good!), iced green tea and a passion fruit smoothie then decided it was time to head to a little massage parlor so we could both get an hour massage.  It was fantastic!  While I don't think I've ever been bent in so many different angles, it was a very relaxing experience.  Even when the little Thai massuse jumped on my legs to get a good angle on my back.  I didn't realize I was considered large or tall until now!
As every unemployed traveler should, we are now getting ready for a nap so we can enjoy another evening on Khao San Road. Tomorrow we should be packing up and heading out for an island!  Can't wait to get some sand between my toes! 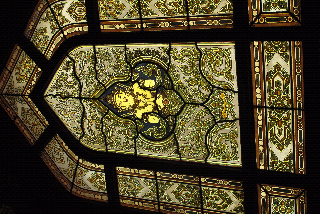 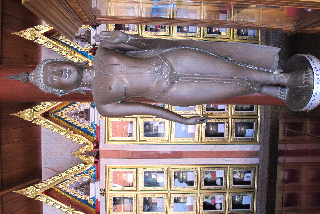 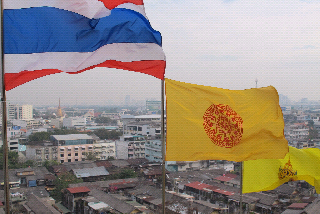 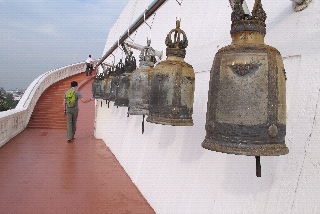 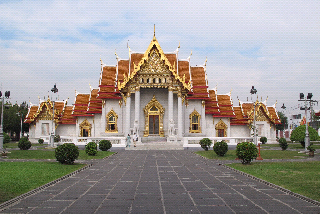 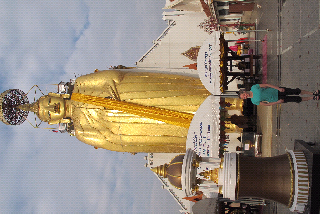 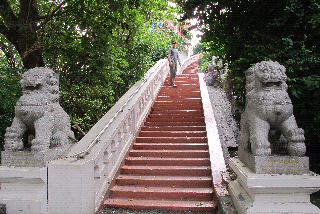 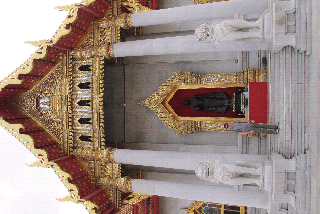 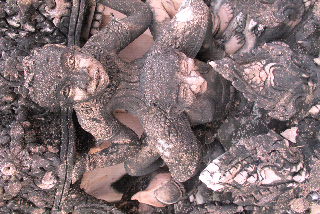 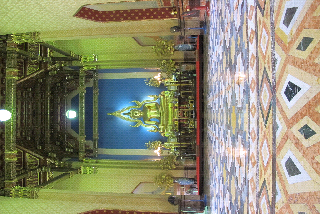 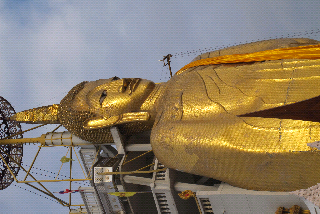