Country #1: USA
It has been a whirlwind last couple of days. Thank you Aunt Alice and Jim for hosting us for a few days! We left Seattle at 1:00 AM on Monday morning. Ryan Carrol gave us a ride to the airport. It was a 12 1/2 hour flight to Taipei, Taiwan. The Boeing 747 was completely full. Amber and I sat next to a mother with a one year old lap child. Amber took the brunt of the kicking. We both got the brunt of the screaming as there was plenty to go around.
Country #2: Taiwan
We arrived in Taiwan at six in the morning. After making it through customs we jumped on an hour long bus ride into Taipei. The first thing we did in Taipei was to go on a search for local food. We found some awesome dimsom. Some of them were stuffed with cabbage, radish, seaweed, and poke.
I had found an itinerary on the internet for what to do with one day in Taipei. The first item on the list was to visit the sky scraper Taipei 101. Until 2004 Taipei 101 was the tallest  building in the world. There is a taller one in Dubai now. At 508 meters it dwarfs any other building in Taipei. I actually felt vertigo standing at the base of the building looking up. The days was a little hazy and the wind near the top of the building was high enough that the outdoor observatory deck was closed, but we still went up to the 89 floor.
After we left Taipei 101, I got us lost for a while. After an hour and a half of wandering around we made it to our next destination: the Sun Yat-sen Memorial Hall. Dr. Sun Yat-sen was the founding father of the R.O.C (Republic of China) also known as Taiwan. We showed up just in time to see the changing of the guard. They march a little bit differently in Taiwan than they do in the USA.
Later in the afternoon, we found the subway system and made our way to Longsham Temple. We went there to try to find Snake Alley were you can eat snake, but apparently it did not open till later in the evening. We will have to try snake another time. The temple was really amazing though. It was busiest Temple in Taiwan with many worshippers gathered for prayers.
The evening took us to the Shinlin Night Market. There were many stalls selling exotic food options. We tried the oyster cake, we was recommended, but neither of us cared for it. It was raw oyster cooked into a rice flour. Then an egg of add on top with lettuce on top of that. This was all fried up on a stainless grill. Once it was put on a plate, a fruit syrup was added on top... interesting.  We also tried some sort of baked dimsom where the dumplings were cooked inside of a huge Dutch oven kind of thing. The dumplings were stuck to the side of the oven wall until they were cooked. Then the were scraped off and served. We also tried the mango shaved ice which was definitely my favorite.
We were pretty exhausted at this point. We made our way by subway back to the main station and caught a bus back to the airport. We were able to take a short nap in our terminal before our next flight.
Our flight to Bangkok was almost empty with on about 60 passengers on an Airbus which holds over 200. The jet has a 2 seat, 4 seat, 2 seat configuration. After take off Amber both grabbed our own 4 seat row and slept through most of the flight.
Country #3: Thailand
We arrived in Bangkok at 3:00 AM. We went through customs without any problems.  There was a slight chance that we could have run into problems because Amber and I only had one way tickets into Thailand, and although they rarely check, you are officially suppose to have proof of a through ticket.
We caught a taxi to Khao San Rd. It takes about 30 minutes by cab and cost us $9.
The plan was to call our friends Justin or Rico when we got there because they had reserved us a room for the night. We could have just walked around the Khao San area and found our own guest house, but it is better to reserve ahead of time when arriving in the middle of the night. I couldn't figure out how to use the pay phone to call Justin or Rick and I was becoming frustrated with not being able to get ahold of them. Just then I looked across the street to see Justin come out of the 7-eleven with Rico close behind.
We stashed our bags at our room and went out for couple of drinks at 4:00 in the morning. People were still partying on the streets. The weather was fairly cool around 75 degrees F. We went to bed around 5:30 AM. 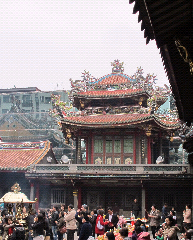 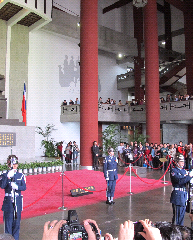 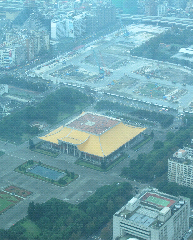 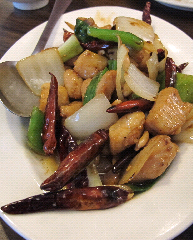 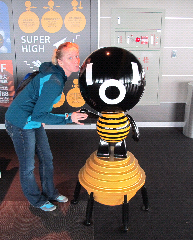 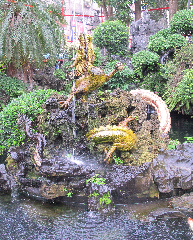 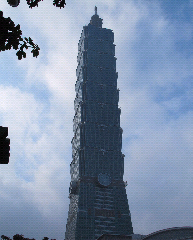 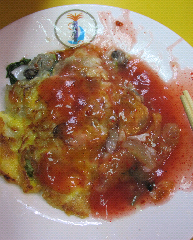 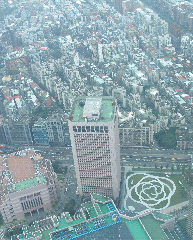 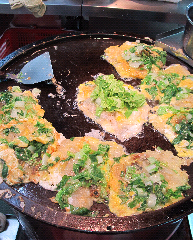 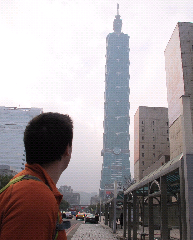