Amber:  After viewing the Athens Archaeological Museum (it was awesome, artifacts from as early as 2,000 BC), it was time to pack up Heather, her very nice Osprey carry-on sized suitcase, and a bag made out of tarp material. It was hideous, bulky and heavy.  We filled it with three beer steins we had take  from Oktoberfest, our two sleeping bags, lots of cloths we didn't want, a pair of shoes, two guide books about Italy, and anything else we could cram into it. The zipper broke when I zipped it up, but it appears that these cheep bags know this is going to happen, as it came with a back up.  We bought packing tape, and wrapped it twice around the width and for good measure, length wise as well.  So, off went Heather, basically an REI model, wearing her stylish travel Patagonia, her Osprey suite case, and... Tim's and my bag.  She went from cute to "Bag Lady", with just one article of luggage.
When Heather came over to visit us, she had an itinerary for her nineteen day stay that would take Tim and I our entire five and a half month trip to complete.  So, we unfortunately had to simplify what she wanted to do so that we could actually enjoy the places we were visiting.  That meant Heather had done a bunch of research that benefited Tim and I, even after she went home.  Delphi was one of those sights.  And it was awesome. Thanks Sissy!! 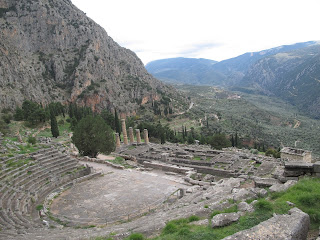 Our on drive from Athens we came around the corner of the windy road to see the ruins of Delphi. Before finding our hotel we went for a visit. We checked out the museum first and saw many of the better preserved sculptures and artifacts. The Delphi site is in a beautiful setting in the opening of a gorge that leads into the valley below with views of the gulf just 10 kilometers away. 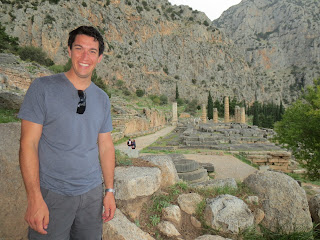 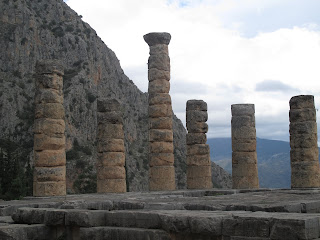 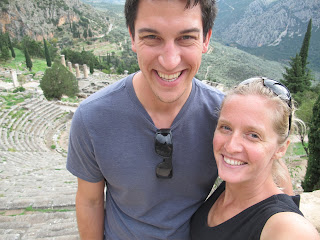 Ancient Delphi was a place of great importance for the better part of 1000 years from 600 BC to 400 AD.  The site was the location of the Oracle who apparently sat on a tripod over a crevasse inside the temple of Apollo and inhaled ether fumes going into trance. At this point she mad some mumblings that could only be understood by priests who translated the Oracles language into words that could predict the future. 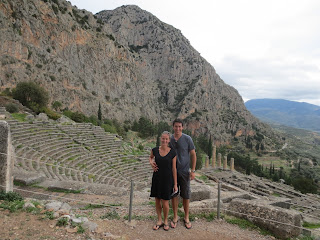 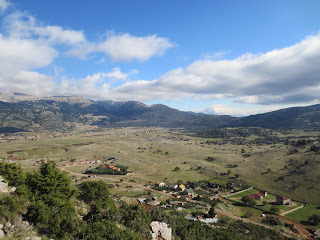 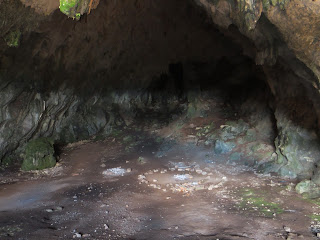 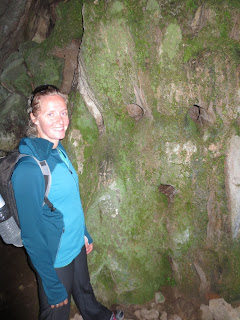 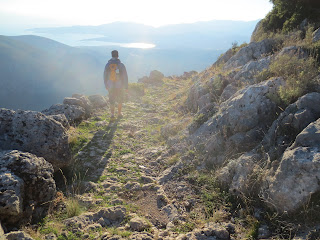 Our third morning on our way out of town, we stopped at the temple complex that included the temple of Athena just 500 meters below that of the Temple of Apollo. There were four different temples here built over hundreds of years. 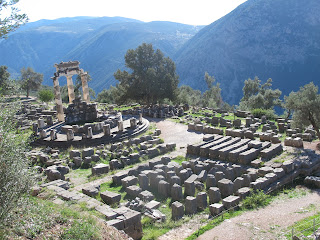 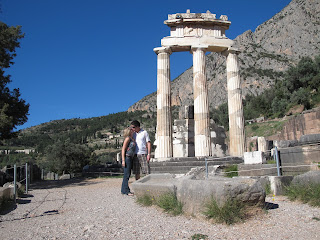