Tim:    My parents headed back towards Alaska after our third night in Rome. Amber and I took the day to relax and did not head into downtown Rome until mid-afternoon. We visited the Imperial Forum which was very near to the Roman Forum. This Imperial Forum was built after the Roman Forum, but functioned for much of the same time period. Hadrian's Column is at one end of the Imperial Forum. This forum is in further ruin than the Roman forum, and several of the cities main roads were built right over top of the ruins. Sections of the forum are visible in areas next to the main roads. We also visited the Capitoline building in the same area with the stairs that were designed by Michael Angelo. The building is one of the most amazing buildings I have ever seen. There are two matching huge bronze sculptures of an ancient god riding a chariot pulled by four horses. The sculptures are larger than life size and sit at the two corners of the building. 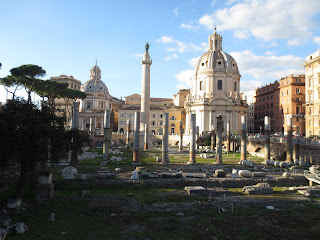 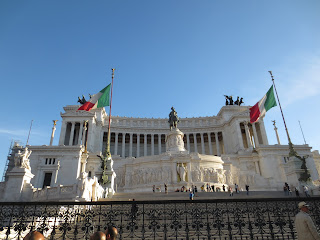 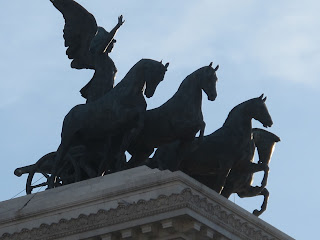 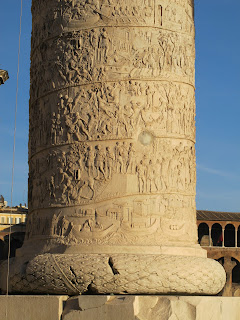 Amber:  We had fun traveling through some amazing historical sights with Tim's folks.  The Vatican and the Colosseum were just as cool as in the pictures, only better because we were actually there!!  After they departed, we enjoyed a lot more of Rome's sights, pizza, wine, and gelato on our own for a few days before picking my sister up at the Rome international airport.  She had flown all the way from Anchorage, Alaska, and was ready to see Rome.  We went from the airport directly to the Colosseum.  Having gotten comfortable with Rome, we knew all the 'good' sights so we drug her from the Roman Forum, the Colosseum, the Capitoline building, over to the Pantheon and then ate an amazing dinner with wonderful wine.  She tired to stay awake as we went in search of the best gelato ever in Rome (they dip their final masterpiece in chocolate before handing the cone to you, so good), then we finally took the train back to our camp ground. 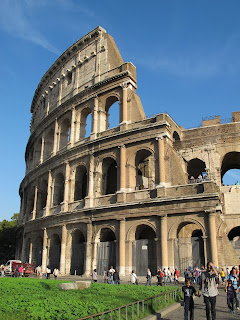 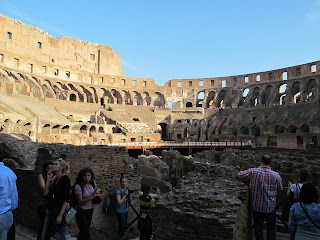 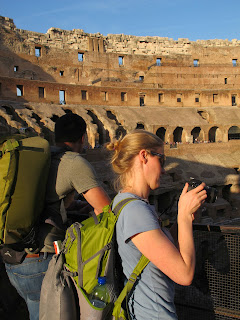 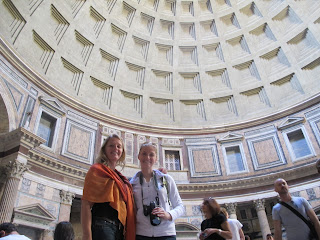 Heather was awake by seven am and ready to go the next morning.  As I am a horrible sister, I had not researched that the Vatican would be closed on Sunday (which, of course, makes sense), my big plan for her second day with us.  Instead we went in search of ancient Roman Aqueducts.  The ones we found were about 2,000 years old, amazing!  It was an excellent way to spend our day, as it was something Heather really wanted to see, it didn't really fit into our huge itinerary that we had for while she was here, and Tim and I hadn't seen them yet. 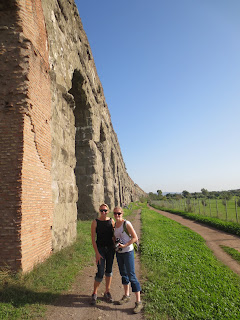 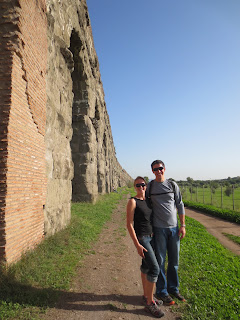 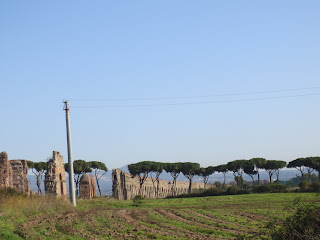