Onward to Greece - Ioanniana and Meteora

Amber:  We headed towards Greece via ferry from Brindisi, Italy and landed in Igoumenitsa.  Our Italian is horrible, our Greek, nonexistent.  The first part of our trip had us going to Ioannina for two days to explore the deepest gorge in the world, per the Guinness Book of World Records.  Vikos Gorge was beautiful, and a very nice break from the hustle and bustle of all the historical sights we have been viewing.  We weren't sure if the part we hiked in was actually as deep as the Grand Canyon, but it was pretty just the same.  The gorge was terrifying as we followed a very narrow trail that had been chiseled out of the mountain face, very, very high up, by monks.  Tim was very confident about how safe we were, Heather and I were less so.  In fact, I felt like we were going to fall to our death at every step. I especially felt this way when Tim got a little shaky about the trail, and actually held on as opposed to skipping along, trying to convince us we were as safe as could be, thousands of feet above the gorge floor. 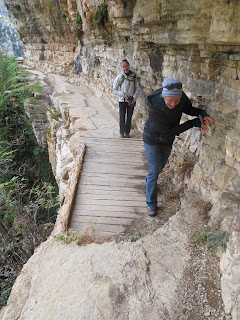 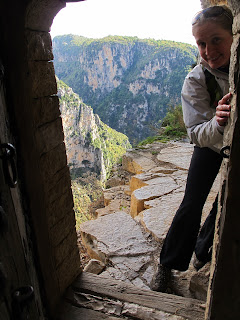 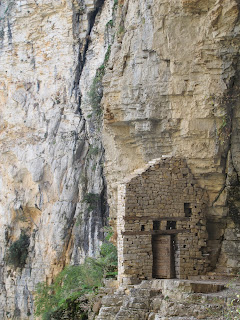 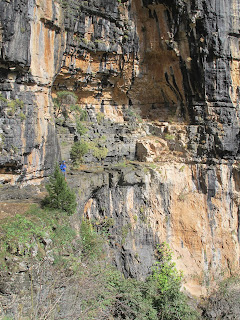 After our hike, we found a great little restaurant in Ioanniana, serving gyros.  Spirros, one of the cooks, could actually speak English, and helped us order, then sent us upstairs to drink really, really nasty Greek wine (we were encouraged to dilute the flavor with a coke) while he cooked our food.  Finally, our meal arrived, and it was wonderful.  We all had admitted to ourselves that we were sick of eating pizza upon leaving Italy, so the soft pita bread, feta cheese, Tadzhik  red onions, tomatoes  and grilled chicken were a great change.  Spirros taught us our first Greek word, "Afaresto" - thank you.

Tim:  Meteora was only an hour and half drive from Ioannina. As we arrived by car, the sight was beautiful. Tall domed rock deposits jutting out of the flat surrounding area with monasteries and nunneries built precariously on top. After getting settled we took t he trail that lead up to several of the monasteries. There first one we visited was the one used in the James Bond film "Four your eyes only." Monks built the monasteries in the 12th century to keep themselves safe from invading Ottoman Turks. Originally, the only access to the monasteries was by baskets that would be lifted from the ground or rope ladders that would be let out the side of the buildings. Of the dozen or so that were originally occupied on six are still in operation today. Nowadays there are roads and stairs cut into the rock to each of the operating monasteries. It was still a really cool experience an the place is beautiful. Apparently the band, Linkin Park name their album, "Meteora" after they saw this place.  Meteora is the name of the largest monastery and it means, suspended in air. 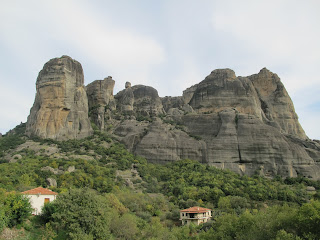 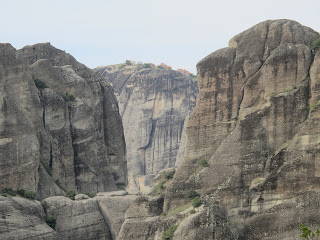 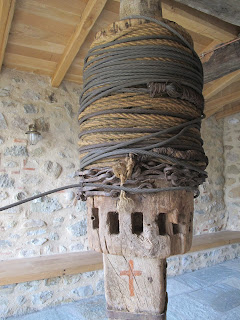 Our first afternoon of hiking was beautiful and we visited two of the sights. The next day it rained and rained and rained with thunder and lighting two. We needed the exercise so we went for it anyway and hiked in the pouring rain. 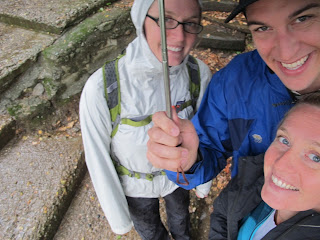 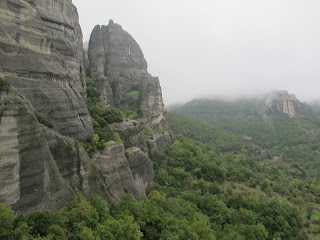 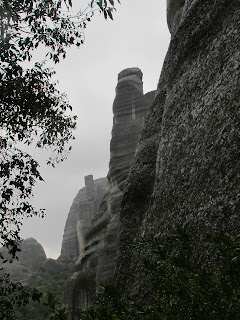 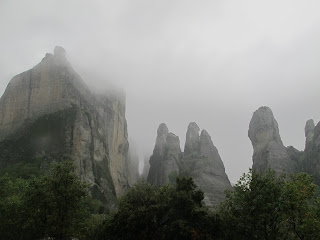 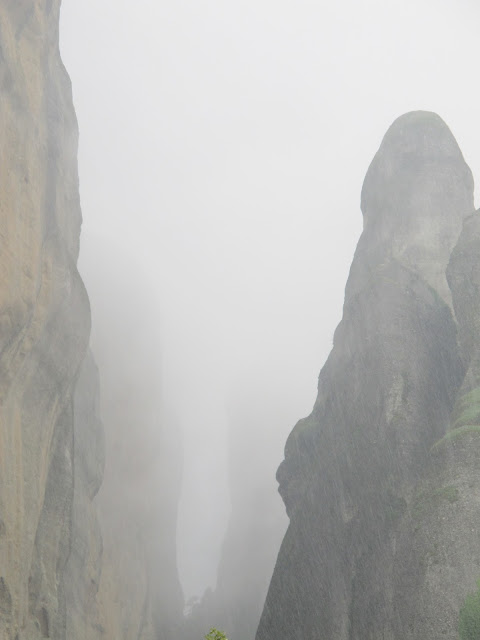