Amber:  Tim, his Mom and Dad, and I left Cinque Terre's peaceful hillside and headed towards Rome.  We were all excited to go to Rome to experience some of the worlds greatest art and history!  Tim and his Mom had found a little camp ground, Italian style, for us to stay at.  It was actually a bit out of Rome, but Tim and I got our own cabin (a box with two bunks shoved together with a little heater and shelves) and Robin and Val had a little suite, complete with a small kitchenette, bathroom, and tiny dining area.  We went to a nearby store and made tacos for dinner as best we could with the Italian ingredients available.  No sour cream, cheddar cheese, or taco seasoning was to be found! Thankfully, we had Italian wine to make it taste better!
The next morning, we got up and had breakfast and brewed coffee.  The tiny espresso cups were filled numerous times and the teny coffee pot brewed twice for us to get our fill of caffeine before heading out.  We got a subway map from our campground host and took off towards Rome, huge rain clouds looming.  I was not worried about the rain, as it was hot out  (about 70'), so wore a dress and flip flops.  Thankfully, we all packed raincoats and two umbrellas.  It poured on us the moment we got out of the shuttle and went in search of finding a place to purchase tickets to get into Rome.
Boarding the train, we headed out.  It only took two trains to get to the station next to the Vatican.  Out we filed, and found our way to the entrance to the Vatican.  Tim and Robin got into a long line once we arrived in St Peters Basilica   It was a long line, so Val and I went off, in search of what was to see.  We spotted signs for the Vatican Museum, so followed them away from the guys, and found ourselves at a different line.  We decided we would rather be in this line, as we both really wanted to see the Sistine Chapel, so Val stayed in the line and I marched back to inform the guys of the good news - we'd found a new line to stand in!  Unfortunately, Tim and Robin were at the front of their line, and Tim was planning on booking tickets for the Vatican Museum online as the que would take us forever to pass through.  Which both Val and I had both missed when we went off.  So, Robin and Tim left their line, followed me to Val, and we all got out of that line so that Robin and Val could go back to the St Peters Basilica line and Tim and I could find and book tickets on line for the Vatican.

Tim: We were able to book tickets for the Vatican Museum later in the afternoon. We just had to walk to the ticket counter and show them the reservation confirmation. This enabled us to skip the line which was probably around 3 hours long for an extra 4 Euro each.
The museum was amazing! The exhibits were collections of fine art that included sculptures, paintings, tapestries, stucco, and various artifacts. The Egyptian exhibit was expsecially fascinating. The collection was acquired over many centuries of donations, procurement, or by force. There were many ancient Roman Empire sculptures that were beautiful. 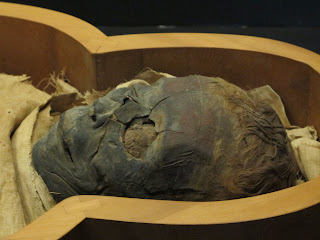 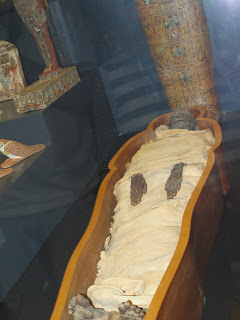 Most Valuable artifact in the entire Vatican collection 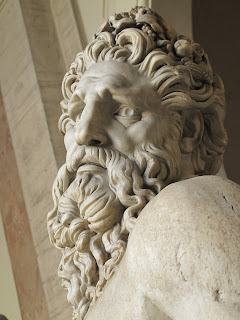 The highlight of the Vatican Museum is considered by most to be the Sistine Chapel painted by Michael Angelo. We had purchased audio guides and this was helpful in understanding the amazing paintings. It really is a wonderful piece of art. We spent about 20 minutes inside the chapel staring at the ceiling while security was continuously yelling at people to stop taking pictures. After the Sistine Chapel there were many other exhibits that included a collection of modern art works, but at that point we were a little bit overwhelmed by all of the other exhibits to give more than a passing glance. We spent about almost four hours in the museum and left right at closing time.
Our lodging was located on the outskirts of Rome so we had to take several subways and one train to get back to our place. The trip to 45 minutes to an hour each time, but we were able to park the car for free which is very difficult inside of Rome.
Posted by Unknown at 9:03 AM