Tim:  Dubrovnik is a beautiful city. Our accommodation was located about 1.5 miles out of the old historical center of town. We walked down to town in the early evening to find dinner. The old town is located inside the 13th century wall that were meant to provide safety from invading Turks. The city is located on the Adriatic see, so one of the walls is built right out of the water. The walls of Dubrovnik are considered the best preserved castle walls in all of Europe and are the number one listed tourist attraction in all of Croatia. The walls are still maintained and it is possible to walk on top of the entire two kilometer wall. We did just that in about an hour an a half of walking and viewing from the many towers that rested along the walls. 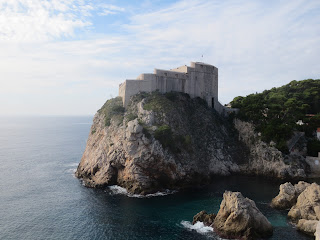 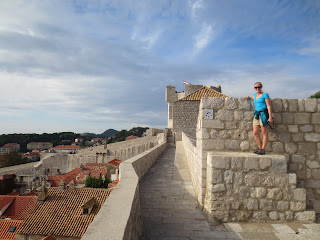 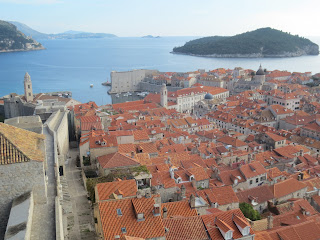 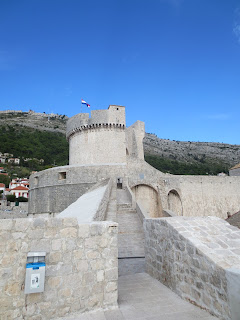 We had read about cliff jumping as an activity in Dubrovnik, and we spied a good spot on our jaunt from our hotel while walking along the coast. A small trail with stairs lead down the rocky cliff side to a small rock outcropping that had a metal ladder coming out of the water back onto the rocks. We saw this on our first day, but opted to wait as the sun was behind clouds. We made it down there the next day, but the surf had picked up and it was not very sunny so the cliff jumping did not work out. We did however meet some very gracious locals who where having a Sunday afternoon party on a platform on the rocks. They invited us for desserts and coffee and we talked to the group of eight old men for an hour or so before heading back to our room. 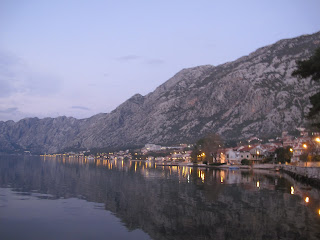 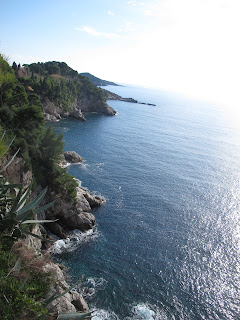 Our fourth day in Dubrovnik we decided on some SCUBA diving. It was difficult to find a diving shop that was even open this time of year even though it was not very cold out. Croatia is known for its excellent diving and large number of ship wrecks off of its coast. We almost backed out of our dives that morning because it was quite overcast and had rained that night. We did end up going for it and had an amazing time.

Our first dive was to island with a saltwater lake that was connected to the sea by a cave and a 15 meter underwater tunnel. During the war there in 1992 there was an armory located on the island. Underwater we could see many large artillery shells and even rifle cartridges. On the second dive we went near the dive center to a small rocky island with coral reefs jutting out from it. We saw many octopus hiding under rocks as well as several moray eels and tuna. 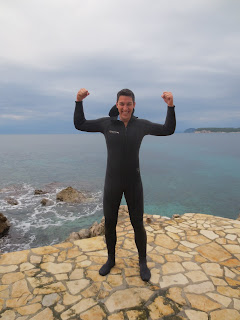 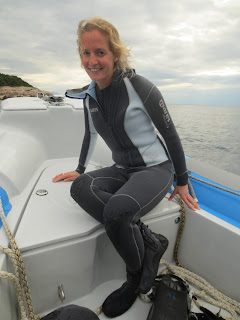 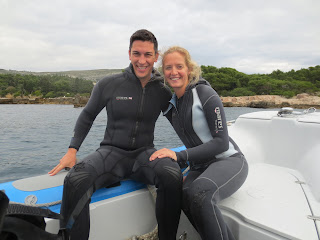 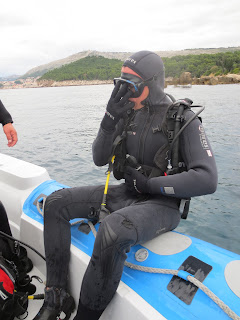 Amber:  Dubrovnik is beautiful.  After driving about seven hours through Montenegro from Albania, we arrived in the dark and found our little guest house.  It was very cozy, complete with a little orange tree and roses in the front terrace.  We hiked down to the "Old Town" of Dubrovnik and had a fun dinner of steamed muscles and a huge pot of seafood risotto at a cozy restaurant on the harbor.  While the food was delicious, we were clearly no longer in Albania... dinner with two glasses of wine and a .5 L of beer was $35!!  We decided we needed to be more budget conscious and to cook in while in Dubrovnik.

Diving was really fun.  At first, I was a little nervous about the cave diving.  Our guide even scolded me for swimming too fast and going past octopus he had sighted.  I seriously just wanted to get to the tunnel from the open ocean, swim through it, and pop out safely into the island saltwater lagoon, alive, and then slow down and look at octopus.  Of course, once in the water and swimming through the tunnel, it was beautiful and safe, so my concern was unnecessary.  Thankfully, our second dive was filled with octopus hiding in cracks in the reef or under rocks.  We lost count of how many we found.  They were so cool!  They were completely covered except for their little eyes poking out of their hiding spot. Tim found a huge moray eel and was able to yell loud enough at me to make me turn around and watch the arm sized neck and head of the purple moray eel, glaring at us from his hole.

Tim:  We hiked up Srg Mountain, the hill behind Dubrovnik for a pretty view of the city. The mountain top had an old French fort built during the Napoleon occupation in the 1700s. We had to make sure to stay on the main trail. We were warned that the whole mountain was laid with mines during the 1992 aggression and although they were said to all be removed... you never know. 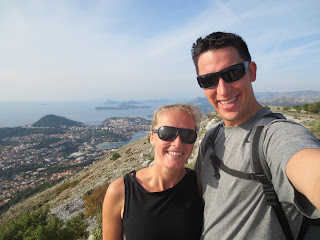 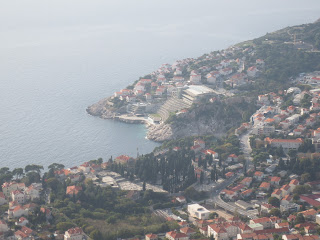 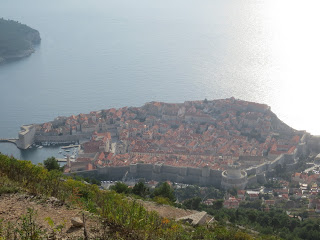