Tim:   Our second full day in Rome we visited the Colosseum and the Roman Forum. We took the subway to the Colosseum stop and when we stepped out of the station the Colosseum was just 100 meters for the subway exit. Our Foders Guidebook recommended that we check out the Roman Forum first because the ticket is for both and the lines are shorter at the Roman Forum. The Roman Forum is right next to the Colosseum. It includes the actual forum the open area where people gathered and this was surrounded by numerous temples, monuments, and government buildings built from the 1st to the 4th century AD. The buildings were in various stages of mostly ruined to completely ruined. Some still have a few of the original marble pillars still standing. It takes a little bit of imagination, but the ancient architecture is astounding.
We also visited the Palatine which was the main palace area for the emperors and also house other prominent Romans. The sheer size of the palace area is jaw dropping. 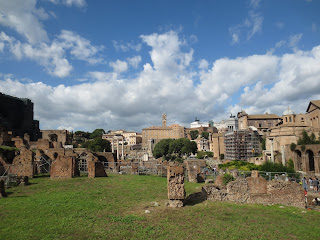 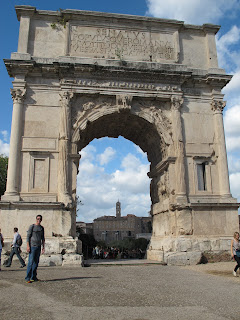 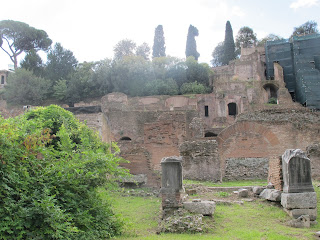 After our Roman Forum/Palantine visit, we walked over to the Colosseum which is of course very impressive. We did note , that not much of the original marble structure remains. Over the centuries having been built in the 1st Century AD, the marble blocks were looted for other projects including the building of St. Peter's Basilica at the Vatican. Somewhere in there one of the popes stopped the deconstruction of the Colosseum in honor of the Christians that were thought to have been martyred there. Turns out archaeologists do not believe that an Christians were persecuted in the Colosseum. This same pope also sponsored some reconstruction of the Colosseum with brown colored bricks instead of the colossal marble stones originally used.
See more phots at our Rome Facebook Album 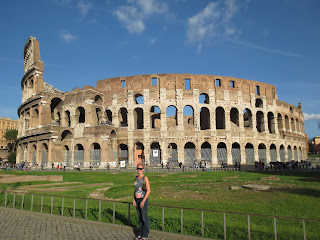 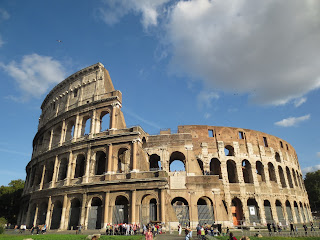 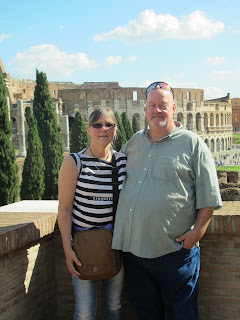 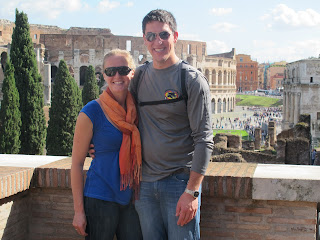