Tim:  The ride from Nha Trang went without incident except that it was scorching hot. I was sweating even while driving 80 km in the open air. Mue Ni Beach wasn't quite what we expected. It gets is popularity from the proximatey to Saigon (only 200 km away). We were attracted to Mue Ni Beach for the possiblity of surfing, but when we arrived we noticed quickly that surfing would not be an option as the surf was nowhere near large enough. Kite Boarding and wind surfing are also very popular here, but the prices were far above our budget. Lessons and rentals exceeded $100 per person.

Mue Ni is also well known for its sand dunes. This area has a micro climate that is desert like with very little rain. There were actually cactus growing. We did a small hike call Fairy Springs which is actually a small stream bed that you hike up to its source. You actually hiked in the water which only 2 inches deep in most places. The sand formations were very interesting, and is not a sight that I would have envisioned in Vietnam.

Later in the afternoon, Joe and I needed more motorbike repairs. The repair shop was a few kilometers from our guesthouse, so the three of us actually piled on to Amber's motorbike for the ride back. Besides being a little cramped, controlling the bike wasn't too hard. We see locals doing this kind of thing all the time. We often see four people ride on one motorbike on a regular basis. Two parents and two children.

Amber:  We were running out of time on our Vietnam visa so decided to opt out of going to Dalat. It is in the mountains, so cooler, and know for growing strawberries intead of rice and fish sauce. It seems like everywhere else in Vietnam is known for its fish sauce, or should be as it is common to get a nice whiff of fish as you drive through any town.  Dalat came highly recommeded by fellow travelers, but we decided to save time and stick to the coast.  Mue Ni Beach was half way between Nha Trang and Ho Chi Minh City, and Lonely Planet boasted about its beaches and surfing.  Once we arrived, however, the only thing impessive about Mue Ni Beach was the fishing village to the north.  The boats moored up for the evening were beautiful!

While Mue Ni was probably the least attractive beach we've been to in Vietnam, one still has to appreciate white sand, bath temperature ocean, and drinking a beer to the sound of surf.

The hike to Fairy Springs was beautiful.  And completely not what I ever imagined Vietnam to look like; sand dunes!  The sand was shades of red and blonde.  So beautiful!  The spring was sandy and shallow, and we were able to walk up it barefoot in about two inches of water.  On our right were tall sand cliffs.  To our left, a small jungle with coconut trees.  The sun was not out full force, so we were able to climb out of the creek bed and go explore some of the dunes barefoot.

After finding a final waterfall and then turning around, we were propositioned by a local to ride his osterage!  For 30,000 dong, or $1.50.  Slighlty wierded out by the idea and a little worried about the bird, we walked on down the river.  Realizing we probably would never get the opportunity to ride an osterage again, we went back, but the origional local was more interested in dinner time, and a different man quoted us a higher price.  We went with our first instinct, and carried on down the spring. 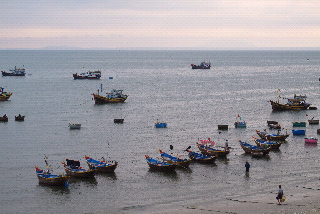 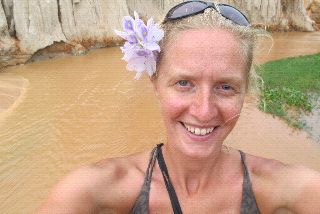 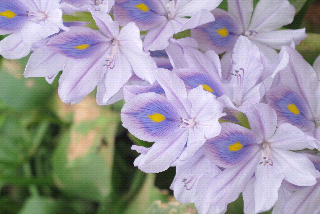 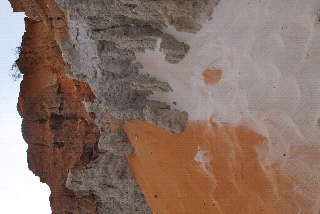 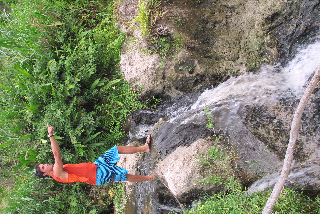 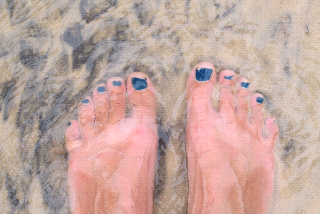 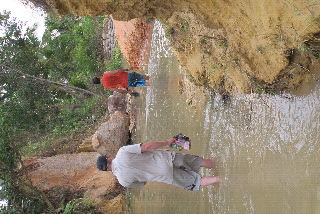 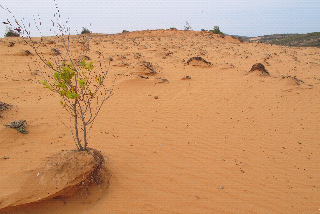 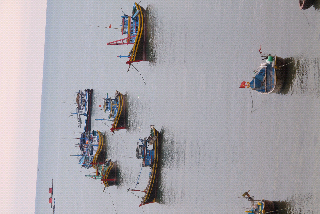 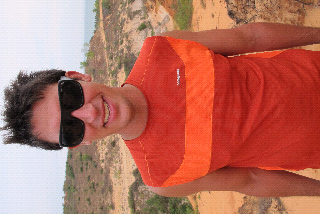 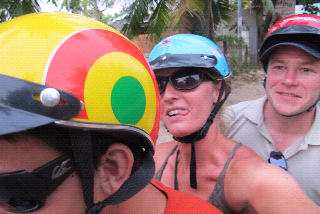 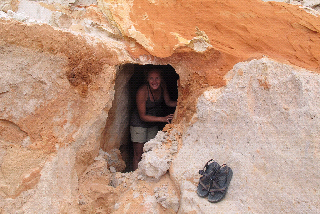 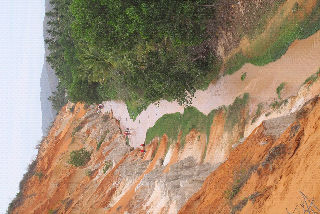