Tim:   China Beach is listed as the best place to surf in Vietnam and was the host to an international surf competition in 2002. Now is the tail of the surfing season and the surf was not very large. The surf was barely large enough to surf on. After searching for a while we found the place to rent surfboards. They had a pretty poor selection of suitable boards. We took what was available and gave it a try. After a while someone returned one of the larger surfboards so we switched one of the boards out for a better board. Joe, Amber, and I were all able to get up on a few waves. It was a fun afternoon, and we got great excercise.

China Beach is closer to Danang then where we were staying in Hoi An. The beach was about 25 kilometers north of Hoi An. On the way we stopped for gas. Joe had stopped at the same gas station the day before and they had tried to rip him off. This was the only gas station on the way so we opted to stop there and try it again. Amber filled up first, and we quickly realized she was getting the shaft too. The flow meter quickly jump up and read 115,000 dong for 5 liters of gas. The problem is that Amber's tank will not hold more than 2.5 liters of gas when it is empty. We argued and he told us to pay 50,000 but that was even too much. We ended up paying 30,000 dong and walking away.

Amber:  Tim, as it turns out, spent three weeks in Hawaii a few years ago and learned how to surf.  We both grew up in Alaska, and while I'm very boyant, I can't swim particularly well and definately can not surf.  I can snow board with some sense of style, so was hoping that surfing would be easy to pick up.  After searching for a board place in the blistering heat, we finally found a place that had a few really beat up boards.  We had driven all the way from Hoi An, so decided to rent two really small boards and a boogie board from the shop on the outskirts of Danang.

We walked to China Beach where Tim said that the surf was small and not very good.  It looked huge to me!  We waded out and attempted to catch a wave, but it was hard as the boards were small and the surf kept knocking me further back than I could make it forward.  I had the surf board flip over me in a big wave and its fins give me a nice bruse on my hip while Joe got pummled into the sand.  Tim got a good smack on the tail bone.  Amature Alaskans hit the ocean again!  Finally Tim was able to trade one of our small boards for a bigger one and he and Joe were able to make a few nice runs on the surf. I, on the other hand, was unsuccessful on getting a good run into the beach standing up. Next time! 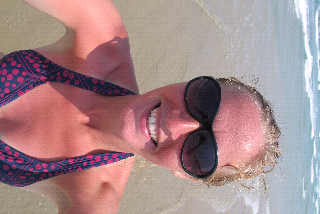 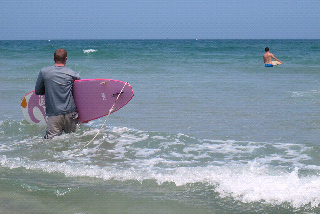 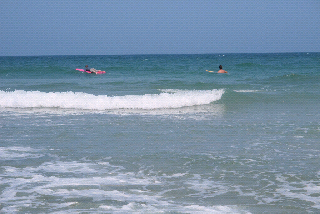 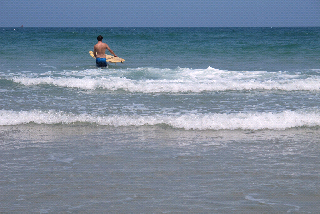 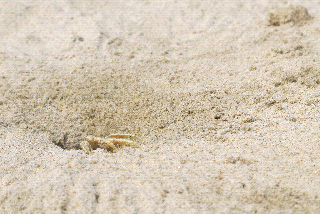