Tim: In our travels through Laos, we have heard a great deal about the UXO (Unexploded Ordinance) throughout Laos. This is something that we were only vaguely aware of until this visit. Understanding the destruction of war is a sobering experience. I wanted to include a small excerpt that I took from the Lonely Plant Laos guidebook. "During the Indochina wars Laos became the most heavily bombed country in world history. Today, uncountable scraps of combat debris remain. Much of it is potentially deadly UXO, including mortar shells, white phosphorous canisers, and assorted bombs. Some of the most problematic UXO comes from cluster bombs, 1.5 m-long torpedo-shaped packages of evil whose outer metal casing was designed to split open lengthwise in mid-air, scattering 670 tennis-ball sized bomblets ('bombies') over a 5000 sq-meter area. Once disturbed, a bombie would explode, projecting around 30 steel pellet like bullets killing anyone with a 20m radius. Almost 40 years after bombing ceased, roughly one person a day is still killed by UXO in Laos. Tens of millions of bombies remain embedded in the land, causing ever-present danger to builders, farmers, and especially small children, who fatally mistake them for playthings. Despite valiant ongoing clearance efforts, at current rates it would take an estimated 150 years to deal with the problem." During our visit to Vieng Xai, we saw the caves where more than 22,000 people hid and lived during the 6 year period when the USA was bombing Laos. At first the local villagers did not even know who was bombing them or why. These caves were used by the revolutionary Communists to hide from US bombing raids which increased to as many as nine raids per day. 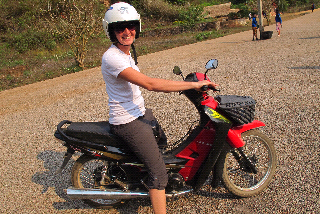 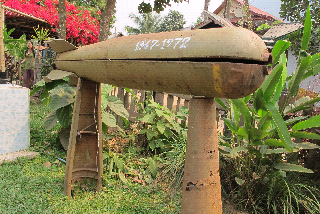 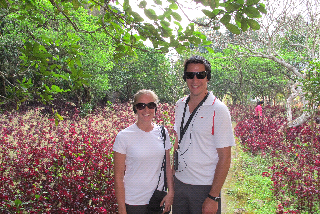 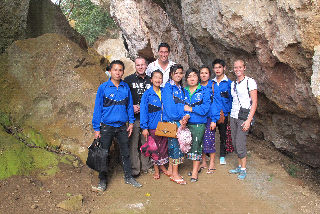 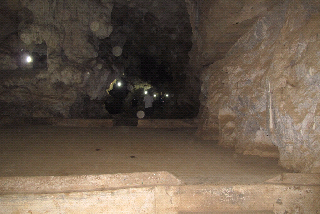 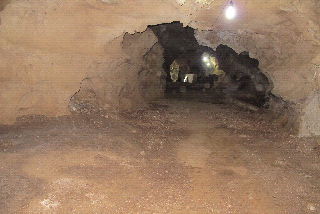 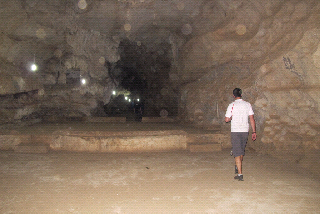 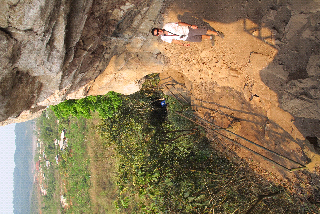 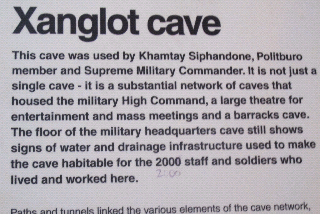